At the Breeders’ Cup, grinding, then greatness 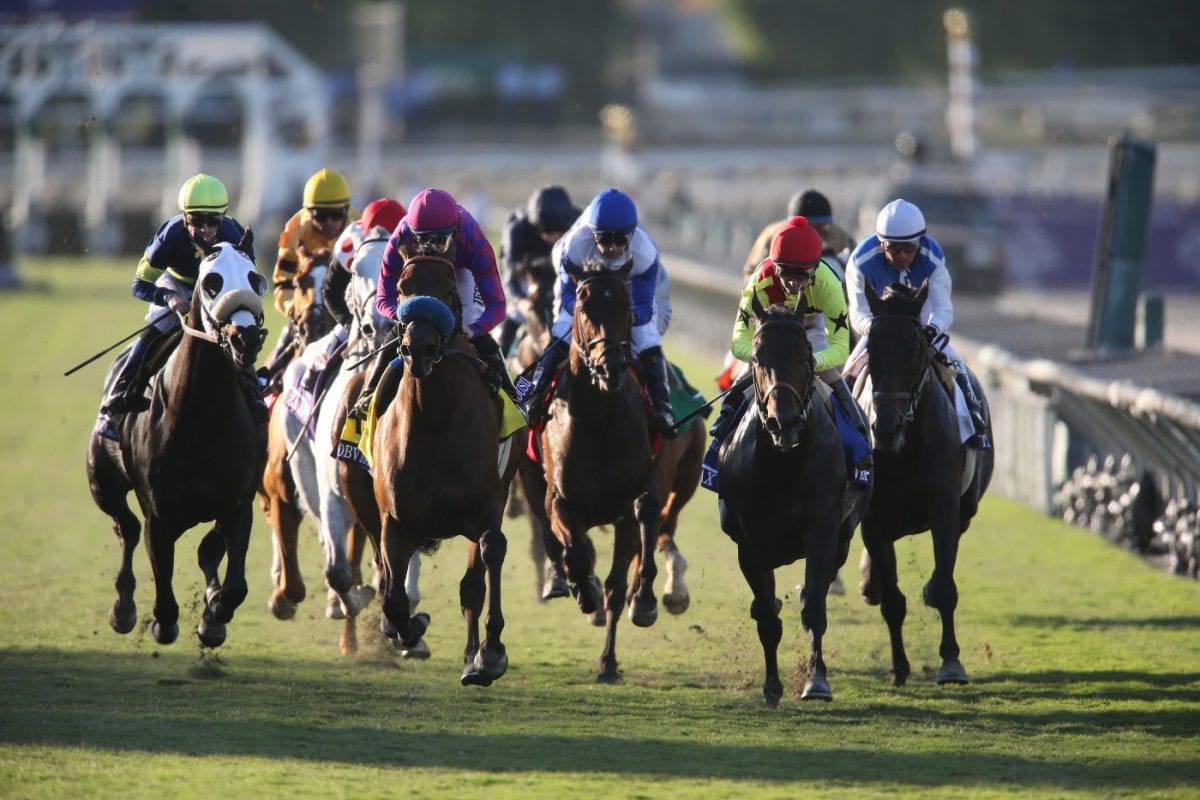 Midway through Saturday’s racing, a handicapping friend said to me, “It’s really kind of a grind, isn’t it?” 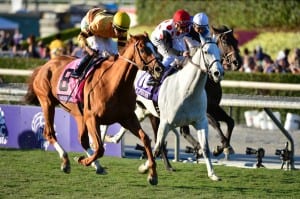 By which he could have meant any number of things.  The ever-expanding, two-day Breeders’ Cup, for example, or cards that went on well into the evening on the East Coast.  Or the curiously tone-deaf decision to run multiple consecutive Cups at a Santa Anita track famous for many things, among them its tendency to become relentlessly speed-favoring and its quirky downhill turf course that provides as big a home field advantage as you’re likely to find anywhere in the sport.  Or even the television blatherers who, particularly on Friday, couldn’t manage to shush themselves even while the horses were loading in the gate.

What he couldn’t have meant, however — and fortunately for the sport — is the competition itself.

For, as many petty frustrations as one can find during the Breeders’ Cup, the concept itself — a series of championship races bringing together many of the best horses, jockeys, and trainers in the game — is spot on.

And though it’s inevitable that some of the athletes will falter, the racing as a whole rarely disappoints.

As is its tendency, in fact, the racing tends to grant with one hand what it denies with the other.  Princess of Sylmar’s long and dazzling campaign may have caught up with her, as she labored home in last in the Distaff.  But her three year-old rival Beholder is just hitting her stride, and she blitzed the field in that race.

Game On Dude’s seven Grade One wins and $5.6 million in earnings are impressive enough that you can use the word “great” with a straight face when you describe him — but for the second straight year he was nowhere to be found at the end of a Classic run on his home track.

Meanwhile, there’s no definition of “great” broad enough to include Mucho Macho Man, a horse who’s lost more races than he’s won and, until September of this, his five year-old season, hadn’t posted a single Grade One victory.  Yet for the second consecutive year — a tribute to trainer Kathy Ritvo and her own heart-warming, death-cheating story — Mucho Macho Man ran lights-out in the Classic, this time getting the money in another frantic finish.

Though a lot of folk in this area were rooting for local feel-good story Dance to Bristol in the Filly and Mare Sprint, it was hard to be too upset with a race in which Groupie Doll — so astonishingly good a year ago, so ordinary this year — recaptured her best form and held off the pursuit.  Likewise, all but the most hardened (and defeated) gamblers had to applaud the great Wise Dan running down his rivals yet again in the Mile.

Is it a grind? 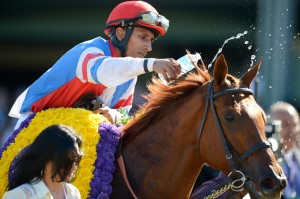 Maybe so, in the way that racing is often a grind: because the humans making decisions for the sport make so many that blithely inconvenience or annoy large swaths of their customers or constituents.

Then again, it’s redeemed the way racing always seems to be: by the competition itself.

And that’s a tradeoff most of us are willing to make.