For Laurel Park linemaker Feustle, the goal is “to think like the public” 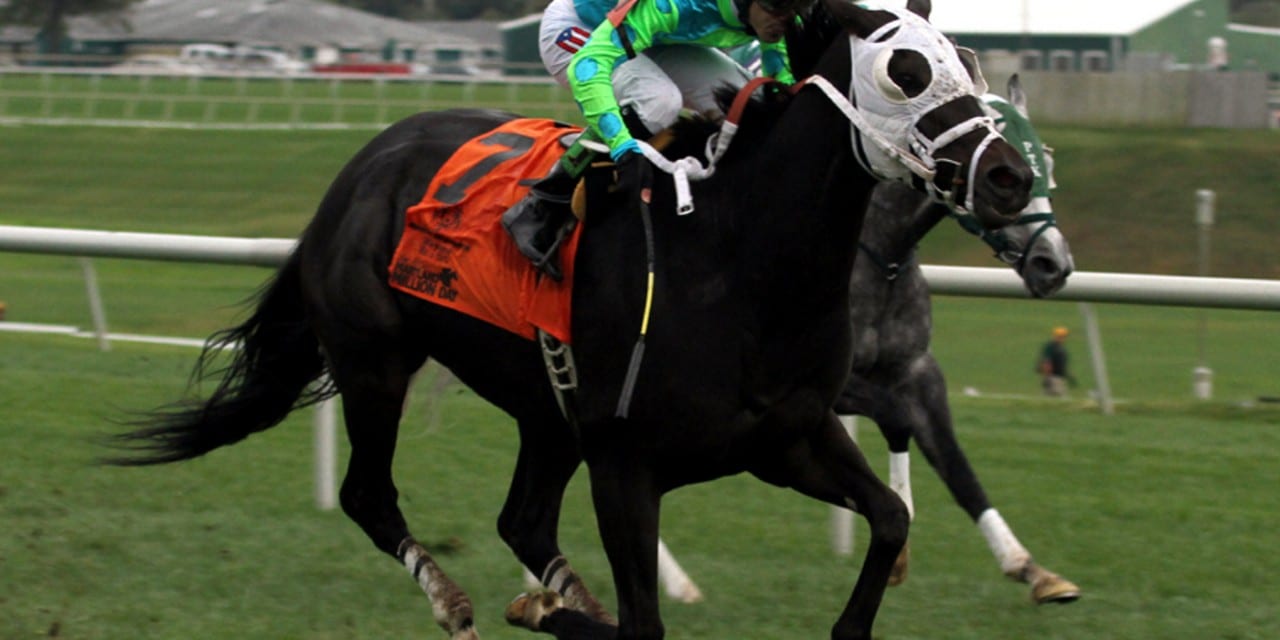 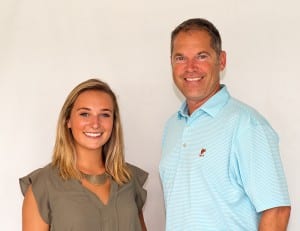 This is the tricky secret to making a morning line, a somewhat thankless job rarely noticed until the line goes awry.  “I’m going by what I think the public is going to make these horses,” Feustle explained.  “I’ve got to think like them; I don’t want to think like Keith.”

We sat down with Feustle to handicap the Ladies and, more to the point, to gain insight into the mindset and process of setting a morning line.  The Ladies is a 1 1/8 mile race on the grass for Maryland-sired fillies and mares.  It drew a field of 10, and though he had the wrong favorite — 3-1 morning line choice Mystic Love went off at $5.80-1  — he was exactly right about the broader picture.  Pagan Priestess, whom he’d made the 4-1 second choice, ended up the tepid $3.60-1 favorite in the race.

More remarkably, Feustle lined five horses at between 3-1 and 6-1, and five horses were actually sent off in that range.  And overall, he has had the correct favorite more than three-quarters of the time so far this meet, with the morning line favorite being the betting favorite in 143 of 186 races to date.

“There’s a pride factor,” Feustle noted.  “I want to put out a good product.  I do know that I’m going to be wrong sometimes; it’s part of the game.”

Yet putting oneself in the brain of a bettor is no mean feat.  Thinking like the public requires putting aside one’s own handicapping abilities.

“They may not be picking apart this race,” he said of the bettors.  “They might be at a simulcast venue — look at a program for 30 seconds, what am I going to look at?  Who’s the best speed horse, who has the best recent figs.  Maybe a jockey, maybe a trainer — those three angles first and foremost.”

In the Ladies, Feustle thought, that would lead them to Mystic Love.  She’d won a couple of stakes as a two year-old, including the Dania Beach at Gulfstream against the boys before a sequence of tough outings.  Most recently, she’d performed respectably, though beaten by four lengths, against good company in the Jameela at Laurel.  Despite that, she’d taken decent play at the windows in each start: $6.10-1 in her last, $7.30-1 prior to that.

That bettors still seem interested is one factor to consider.  “She has some strong back numbers, some strong back races,” he pointed out.  “The bettors keep chasing after her, hoping she’ll regain that top form, and she shows [good form] on the page.”

On the other hand, 4-1 morning line Pagan Priestess had a couple of factors in her favor, and Feustle correctly hedged, “She could end up being the favorite in here.”

[boxify cols_use =”2″ cols =”5″ position =”left” order =”none” box_spacing =”5″ padding =”5″ border_width =”2″ border_color =”blue” border_style =”solid” height =”85″ width =”50″ ]To hear a 1-minute clip of Keith Feustle discussing what the public values when wagering…[sc_embed_player fileurl=”https://www.theracingbiz.com/wp-content/uploads/2013/10/Feustle1.mp3″][/boxify]For one thing, she was to some extent the “horse for the course.”  She had won three times over the Laurel grass and finished in the money three other times.

For another, she was the race’s defending champ.  “I think that’s especially helpful on days like this” when there are big on-track crowds, Feustle pointed out.  “People will remember [that she won last year].”

Another complicating factor can be the presence of well-known jockeys who ship in to ride a horse or three on a big race card.  Can’t Explain, for example, was a horse whose Beyers seemed competitive but whose actual accomplishments — most recently, a win in a first-level allowance against New Jersey-breds — were less so.  Yet well-known rider Joe Bravo was in to ride the horse for trainer John Kimmel — factors Feustle pointed out.  “You’ve got the Bravo factor here,” he said, “and any time you see a top jock come in [you have to lower the horse’s odds a bit].”

“The first thing I’ll look at is the Beyer numbers right off the bat from the last race or two,” he said, “and see what kind of play those horses got in those races.”  Horses that ran competitive numbers while taking money at the windows figure to take money again.

Horses that ran competitively without taking much play at the windows, meanwhile, often take more play next out than previously but less than their numbers would suggest.  In that regard, wagering activity can be a kind of lagging indicator.

Beyond the figures, Feustle turns to trainer and jockey statistics and to reputations.  “You know certain jocks are going to get bet more than others,” he pointed out.

Feustle, though, expressed no opinion on who would win.  In fact, for the most part he avoids handicapping the races until a couple of days after making the line.  After all, the point of his work isn’t to pick the winner; it’s to predict the betting odds.

He is following the money rather than chasing winners, and ultimately, Feustle said, there’s more art than science in making a morning line.  “It is a feel thing,” he said.  “You have an innate sense of where the money is going to go.”