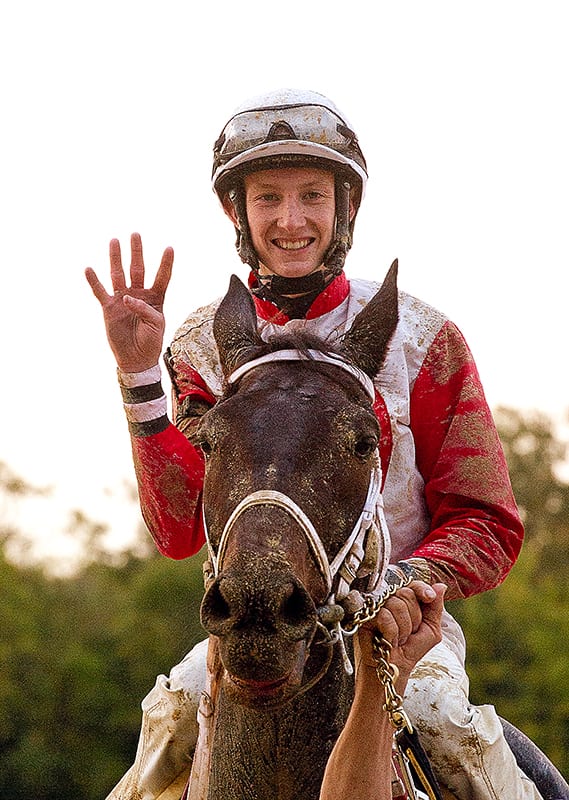 From a  Maryland Jockey Club release

Apprentice jockey Trevor McCarthy had a banner afternoon at Laurel Park on Saturday, winning with four of his mounts.

McCarthy, the son of retired jockey Michael McCarthy, won with his first mount of the day, Marie Capri ($4.20), who took the first race. His next ride came in race three, where he guided Gotta Go Gold ($7.80) to victory for trainer Jamie Ness.  In race seven, McCarthy helped The Man’s Hoss ($8.20) win for trainer King Leatherbury.

The 19-year old capped off his afternoon in the ninth race with a well-timed surge atop I Will If You Will ($7.60), getting up to win for trainer Carlos Garcia.

“I wasn’t expecting a day like this but a couple of the valets said I had a chance to win three today,” said McCarthy. “I told them if that happened I would be buying dinner, so I guess I’m buying.”