For Bowie trainers, Dance to Bristol’s run is one for the home team 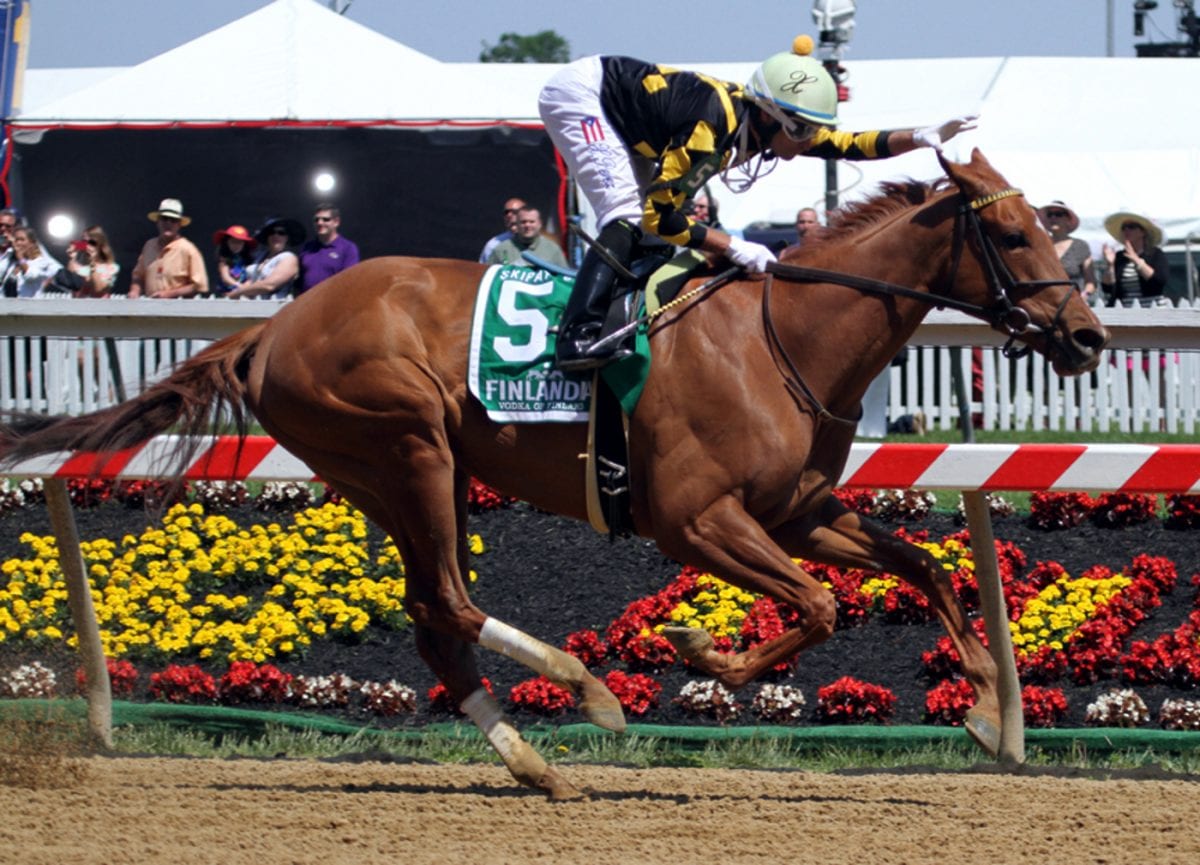 “Being at Bowie is really different from being at a lot of other tracks,” said trainer Ollie Figgins, III. “It’s like everyone here is rooting for her. The camaraderie is really special.”

He was talking of his star pupil, Dance to Bristol, but seemingly could have been speaking of any good horse on the grounds at the Bowie Training Center.

And when Dance to Bristol heads from Bowie to Baltimore-Washington International Airport later this month to fly to southern California for the $1 million Breeders Cup Filly and Mare Sprint, she will carry the hopes of many Bowie trainers with her.

Dance to Bristol may have begun the year amid virtual anonymity, but a seven-win season, three in graded company, has made her one of Thoroughbred racing’s more familiar names — and she is certainly a household name among owners 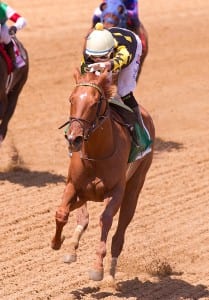 and trainers and other employees on the Bowie backstretch.  With the Breeders Cup close at hand and perhaps an Eclipse Award hanging in the balance, Figgins has taken the emotional ride in stride and appreciated the local support.

“Everyone here is happy for her and they want to see her continue to do well,” Figgins said.  “When she won the Ballerina, I must have had 100 text messages on my phone within 5 minutes after the race and a lot of them were from people at Bowie. When she won the Sugar Maple Stakes at Charles Town, there were at least two dozen people there who told me how lucky I was that Book Review scratched that night.”

Talk with other trainers, and you can see what Figgins means.

“One thing about Ollie is all of his horses always look great and they look fit,” trainer Linda Gaudet said. “He’s an excellent horsemen. When you see someone like Ollie who works hard every morning get a nice horse like her, you have to root for her.”

Gaudet took the keys to the family operation from her husband, Eddie, who trained in Maryland for decades.  She’s seen horses from Bowie such as Little Bold John, Ten Keys and Captain Bodgit compete successfully on a national scale. She believes most of the trainers on the grounds will be rooting for Dance to Bristol come the first Friday in November.

“Sometimes the people at Bowie think we’re the stepchild, but there are a lot of good horsemen here,” Gaudet noted.  “When you see a horse like Dance to Bristol win graded stakes and then earn a spot in the Breeders Cup, it gives everyone here hope. It shows you a good horse can come from anywhere.”

Her daughter, Lacey, a trainer in her own right with seven wins so far this season, agrees.  Eddie, her father, saddled his first Preakness starter two years ago in Concealed Identity in his final year of training at the ripe age of 80.

“The Breeders Cup and the Triple Crown races are like the Super Bowl for our sport,” Gaudet said. “So, anytime you see a horse from Maryland, especially from Bowie, head to one of those big races I think everyone in Maryland should be rooting for that horse to do well. She’s had an outstanding year.”

Count trainer Damon Dilodovico among the filly’s fans.  “What she’s been able to do this year has been phenomenal,” Dilodovico said. “She’s heading to a place where everyone wants to be… I don’t think anyone at Bowie will be rooting against her.”

[pullquote]”The Breeders Cup and the Triple Crown races are like the Super Bowl for our sport.  So, anytime you see a horse from Maryland, especially from Bowie, head to one of those big races I think everyone in Maryland should be rooting for that horse to do well.” — Lacey Gaudet[/pullquote]

Dilodovico conditions durable sprinter Immortal Eyes, who registered an eye-popping effort in winning the $350,000 Frank De Francis Memorial Dash at Laurel by seven lengths in 1:08.46, so he knows a thing or two about training the hot horse.

“We thought about the Breeders Cup briefly [for Immortal Eyes] but he’s already had a hard campaign and he’s earned the chance to stay closer to home,” he explained.  “Ollie has done a tremendous job with Dance to Bristol.  She’s been able to win races at Belmont and Saratoga and now she’s going to Santa Anita for the Breeders Cup.”

Through the summer, the efforts of Dance to Bristol, Immortal Eyes and more recently, Miss Behaviour, winner of the Grade II Matron Stakes at Belmont Park last month, have highlighted the talents of runners based at the Bowie Training Center. Two weeks from now Dance to Bristol will have the chance to elevate the training center to even greater heights while donning the colors of owners David and Susan Wantz and carrying the hopes of dozens of horsemen at Bowie with her.

“There are probably more graded stakes horses at Bowie than at Laurel now,” said Lacey Gaudet.  “She’s already faced many of the best filly-mare sprinters in the country and now she gets another chance to display her talents on the biggest stage.”

In the video below, trainer Ollie Figgins, III, discusses the support he’s received from other trainers at Bowie and more.