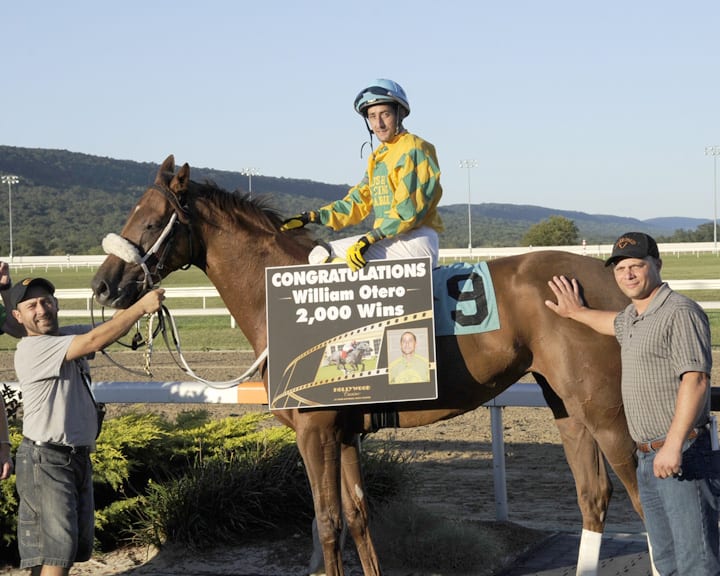 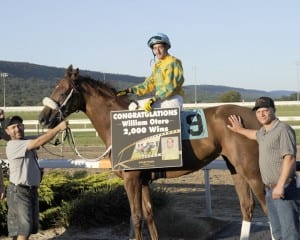 “This is super exciting and a very happy and emotional moment for me,” said Otero, currently second in the 2013 Penn National jockey standings with 82 wins. “Penn National is home, and I love everybody here. This is my family, and I’m thrilled to win it here at my home.”

Burst Away, a 4-year-old filly trained by Les Stickler, Jr., went off as the 7/5 favorite in the race, a $22,000 starter allowance event on the turf. Under confident handling by Otero, she stalked the early pace, took the lead going into the far turn, and held off all comers to register a measured 1 ¼-length score.

It was the fourth win in her past six starts, all coming at Penn National. Otero’s 1,998th win came aboard Burst Away on August 1, and the duo also visited the winner’s circle on June 26 and May 22.