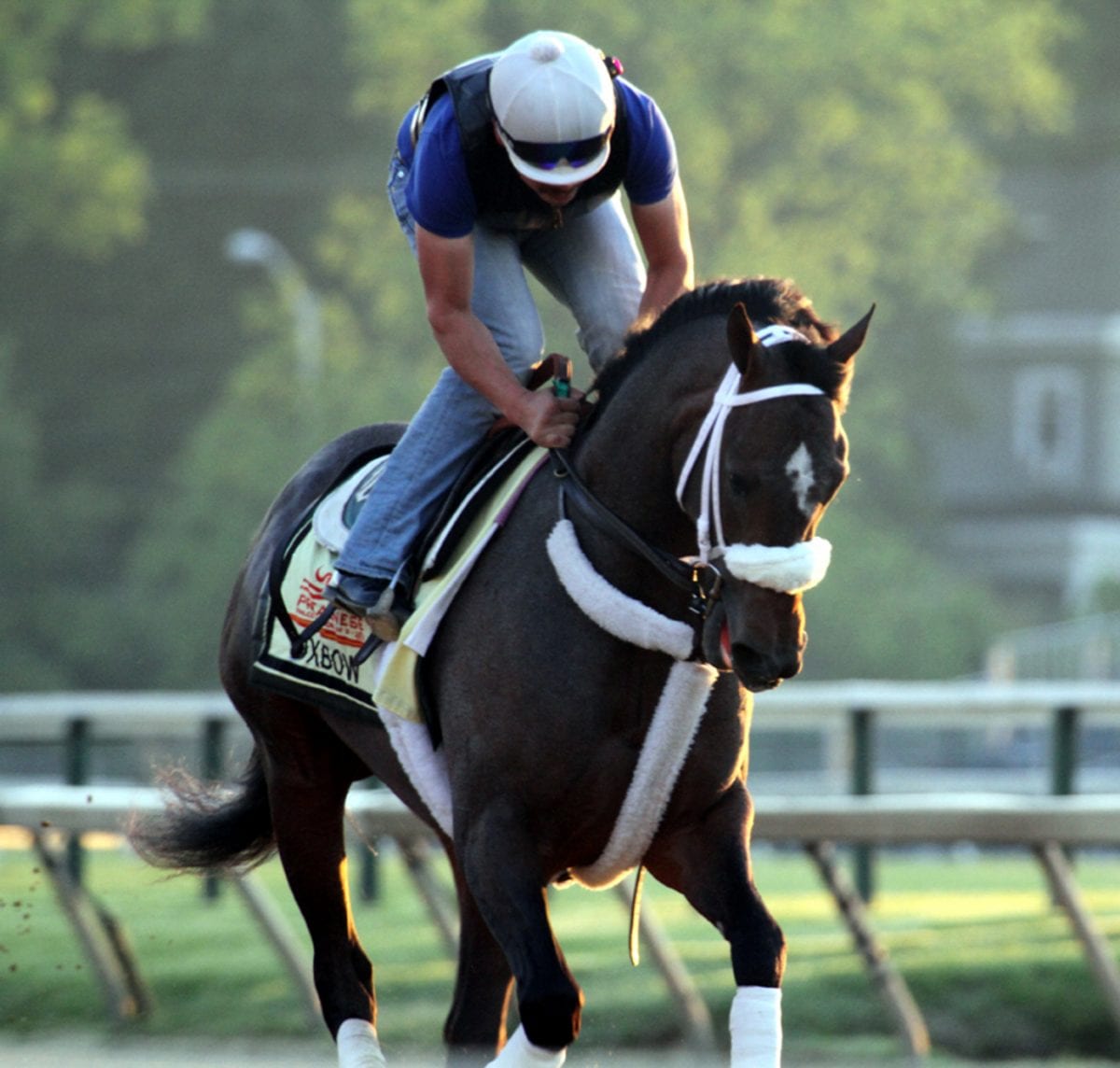 (Featured image, of Oxbow prior to the Preakness, by Laurie Asseo.)