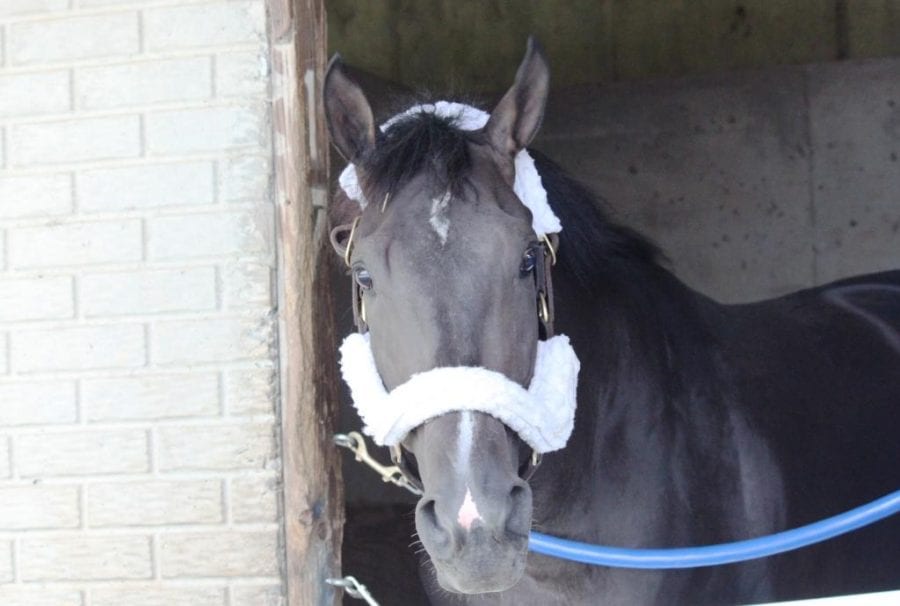 1. RYDILLUC – Jack Milton and Charming Kitten were moving on Rydilluc at the wire in the Penn Mile as Edgar Prado was throttling him down.  Since the Penn Mile, the three year-old May foal has been working weekly at Belmont Park.

3. CHARMING KITTEN – Edgar Prado piloted the Ramsey homebred in the Kentucky Derby slop (9th) and then opted for Rydilluc in Penn Mile. Joel Rosario gave him a solid trip in the Penn Mile making him, on paper, first in line should Rydilluc not make the mile and a quarter.  In March, he won the Kitten’s Joy at Gulfstream.

4. JACK MILTON – Todd Pletcher may like the added quarter mile of the Virginia Derby for his charge.  Jack Milton ran even with first runner up Charming Kitten in the Penn Mile stretch and galloped out well. His Transylvania win over a talented field helps a light racing resume that had only 5 starts for this late foal who didn’t have a start as a two-year old.

10. WAR DANCER – Ken McPeek’s War Front colt ran out of turf in his stretch run in the American Turf and then into a tough customer in the Centaur. Free World gets added to the list of accomplished winners in the turf races War Dancer has faced that includes Noble Tune and Jack Milton.

Today’s Grade 2, $500,000 Virginia Derby features no fewer than four horses from Nick Hahn’s Turf 10, as well as one, Redwood Kitten, off his “AE list.”  Rydilluc, winner of the Penn Mile, is the desreving favorite, with Charming Kitten, second that day, and Jack Milton, third, not far behind.  War Dancer, tenth on the list off back to back stakes placings, is 6-1.  And Redwood Kitten, winner of the Murphy at Pimlico, is 10-1.

Meanwhile, participants in The Racing Biz 2013 Virginia Derby Trivia Contest saw it pretty much the same way as Nick, with one exception: they rate first time turfer Fear the Kitten, with local riding ace Horacio Karamanos a solid shot.  Here’s how they saw it (click for a larger version): 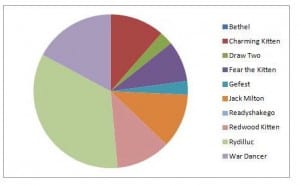