At Commonwealth Turf Festival, optimism is a horse in the starting gate 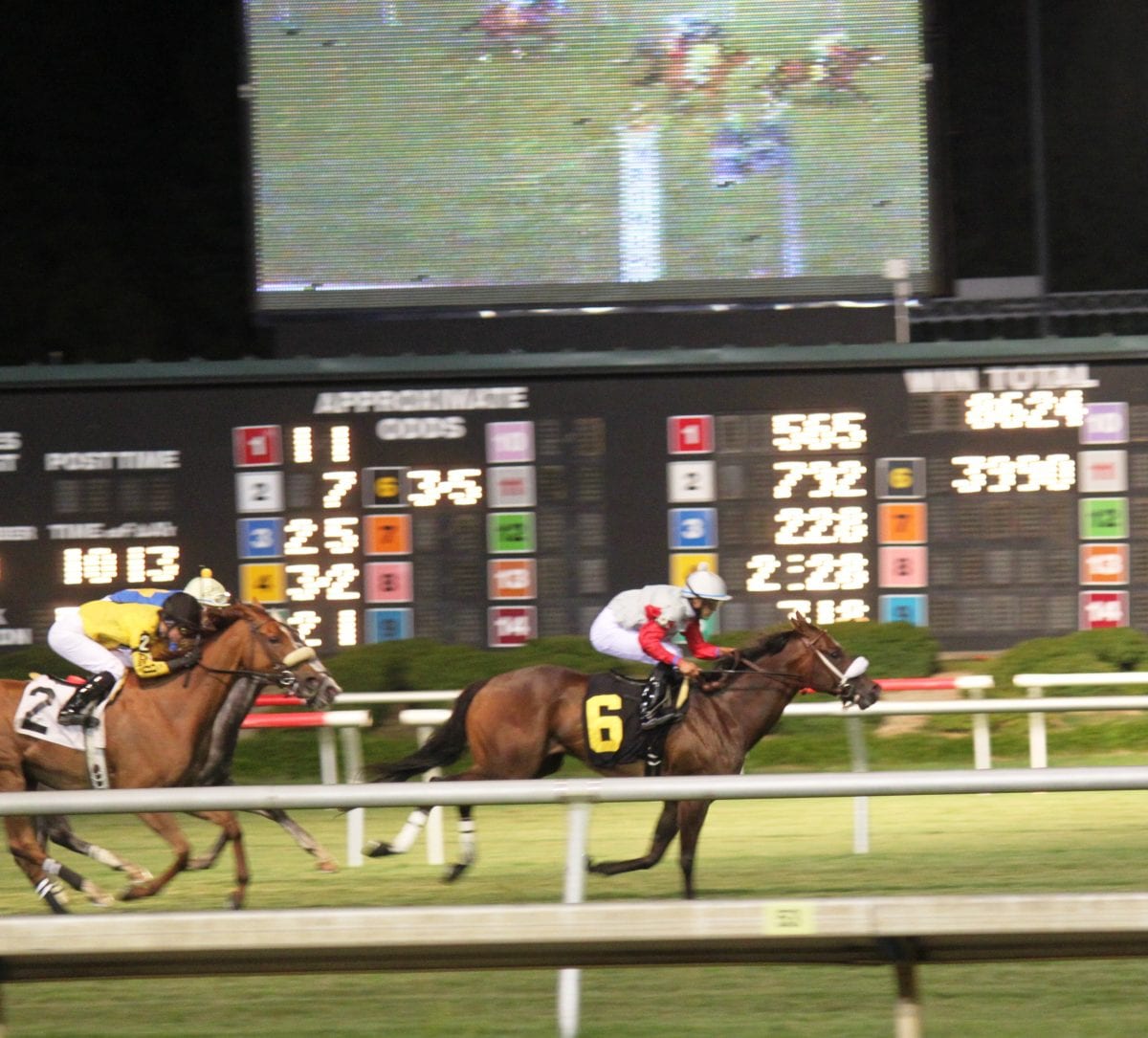 This past Saturday evening, Virginia’s racing community showed up at Colonial Downs en masse and had a great time — which they probably really needed to do. The five Virginia-bred races provided thrilling finishes and outstanding performances. While the fields for the turf series weren’t especially deep (average starters more than 8), they remained competitive.

The Commonwealth Turf Festival can be a special day on Colonial’s calendar largely because most breeders, owners and trainers are in the building and happy to talk to about racing. A more subtle impact it provides is a rare solid connection between the likely future of both Virginia breeding and Colonial Downs by tying Virginia breeding directly to the turf. For many Virginia horsemen, winning on “festival night” can mean a lot more than just purse money.

The opening of the turf series began with the only cruise of the evening in the $50,000 Jamestown Stakes for two year-olds. Sheldon Russell, in the pink saddlecloth and pink silks of owner Richard Hessee, won by daylight (2 ½ lengths) just before dusk. As if being the only starter in the race with a win wasn’t an advantage enough, Russell went the extra mile for the 5 1/2 furlong turf sprint. 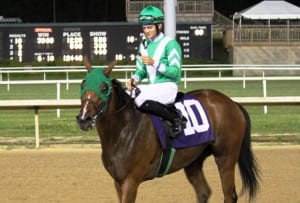 “I was lucky enough last week to make the trip down to Delaware and get a feel for this horse in the morning,” said Russell. “And I think that made the difference today. It was really just a matter of whether he could handle the turf or not.”

Trainer Don Robertson’s filly now has a soggy win on the Delaware dirt and a firm Colonial turf in staying perfect.

“From the word go, he’s been very, very professional,” noted Robertson from under his cowboy hat. “You see he’s calm. He’s quiet. We figured he’d handle the turf.  He’ll go through it in the mud. I don’t think any difference on the surface. He’s been exceptional from the start. “

Xavier Perez properly measured the reigning winner Heaven Knows What in the $50,000 Oakley Stakes for fillies and mares. Aboard Lion Down By Me, “the X-man” blitzed down the lane in the final sixteenth to thwart a repeat stakes win. Sam English’s Lion Down By Me, one of many home-bred winners on the evening, now has won both of his Colonial starts for trainer Robbie Bailes.

For some time Lady Olivia of Northcliff LLC in Rixeyville wasn’t widely known in Virginia racing circles, but they found the front page with their filly in $50,000 Brookmeade at a mile and a sixteenth. Long before the Jacksons started naming the Barbaro brothers after an old framed painting of dogs, David Dobson and Ginger Fox named their farm after their two dogs, Lady and Olivia. Naming their home-bred interest as if she were a self-titled album, the filly Lady Olivia outfinished Reid Nagle’s Leda’s Swan.

Trainer Carla Morgan was tickled about the mount that gave Sheldon Russell’s his second win of the night, this time aboard a 14-1 shot.

“Everybody thought this was a great filly. She was just so big and gangly,” chuckled Morgan. “And I said, ‘Just wait, she’s going to come to herself.  This filly is going to turn around as soon as she matures.’  So we’re real happy with her right now.”

If you thought the trainer was excited, owner Dobson had to be tied down.

“We’re here to race in Virginia. We meet so many good people here and it so exciting. Great jockeys, great owners, great trainers, all of this is superb. I mean it’s our first stakes and we’re just over the moon…over the moon.”

The smartest ride of the evening may have been by Russell aboard Dannhauser, a proven Colonial performer trainer Kathleen O’Connell shipped in for her first start of the meet. The $50,000 Bert Allen Stakes at a mile and a sixteenth proved to be the right spot for Dannhauser’s first start in 2013. It was all over when Russell, riding the Audley Farm-bred, found a hole at the sixteenth pole and scored by two lengths.

“As a trainer you look for an easy spot to try and get back,” said O’Connell. “Once you have a horse like Dannhauser that has won a lot of stakes, it gets harder and harder to find that easy spot to come back.”

“KO” knew Dannhauser liked the turf course and everything else at Colonial in part because of his Van Clief Stakes win here last summer. The Florida-based trainer has brought her stable northward to Colonial every summer since 2008, but couldn’t justify the ship this year with only five weeks of racing. O’Connell’s preference is to return Dannhauser and the rest of her stable back to Colonial next summer with a longer meet.

In the turn, it appeared Dannhauser was backing up, but Russell was simply waiting for a door to open.

“The two horses in front of us were stopping and I saw the main opposition, the horse to beat getting a dream trip three wide I just really didn’t want to get stuck behind the two longshots in front of us”, recalls Russell. “I had so much horse and it was just a question of whether I could get him out in time. I just waited. Lucky enough a gap opened and Dannhauser just ran up through there or I would have been stuck in traffic. I was fortunate enough it opened up.” 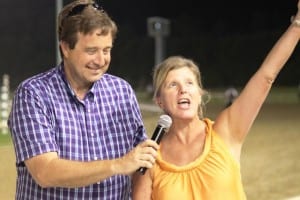 In the series finale, trainer Stephanie Nixon may have got the last laugh on “horse of the meet” honors when her gelding Boltin’ Out won the $50,000 Punch Line Stakes. Richard Monterrey, one of the best Colonial Downs riders you’ve never heard of, had just enough charge left aboard Boltin’ Out to withstand the bids of Jake Rattle N Roll and Available. John and Anne Tucker’s home-bred now has a hat trick of wins in Colonial’s meet without a defeat.

Sheldon Russell used extra practice to collect three stakes wins. Two trainers, Morgan and Nixon, won their first stakes races. A familiar trainer showed up from states away with her champion for his first time in nearly a year. Those are just the stories of the winners. The Commonwealth Turf Festival reminds me of what a hotel marquee in Kentucky once read. “Optimism is a horse in the starting gate.”