Spicer Cub a maiden no more 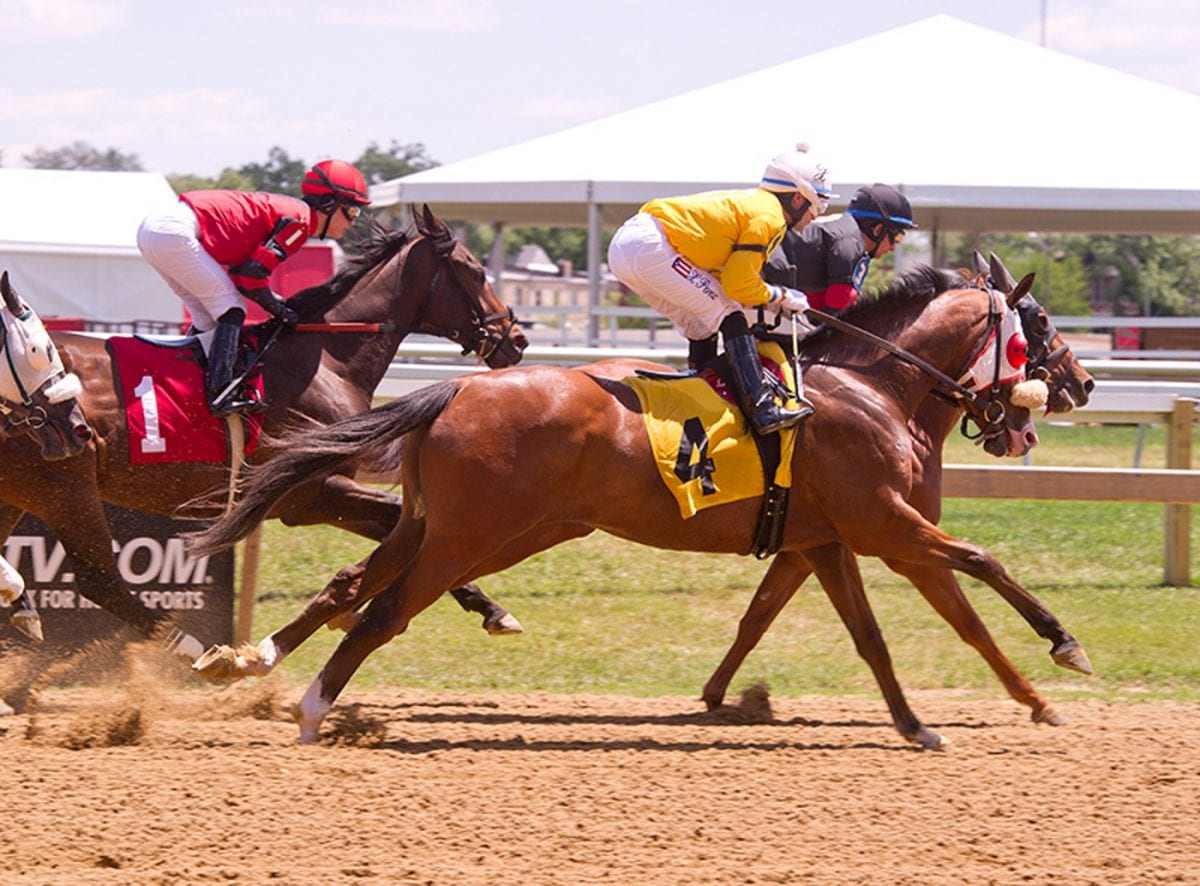 Remember this mid-April race from Pimlico?

SPICER CUB assumed the early lead, set the pace slightly off the rail, bolted midway on the far turn, was in third position entering the stretch, was straightened at the head of the stretch to be in the six path, regained a clear lead in upper stretch, bolted inside the three sixteenths pole causing his rider to lose his irons, raced between the parked starting gate and the outside rail in midstretch, closed determinedly under game urging and just missed.

Spicer Cub, the horse that veered outside of the starting gate, whose erratic behavior caused rider Xavier Perez to understate that he was “a little bit nervous” prior to the horse’s next race, briefly became a minor racing sensation.

Which for his connections was probably nice — but also didn’t pay many bills as the horse piled up four consecutive second-place finishes.

Now, at last, in the 10th start of his career, Spicer Cub can add a new title to go alongside that of minor celebrity: winner.

The four year-old son of Louis Quatorze escaped the maiden ranks yesterday with a dominant win in the fifth at Delaware, a maiden special weight event going a mile on the main track.  He bided his time in mid-pack for nearly three-quarters, then moved assertively to take the lead in the stretch and cruise to a 3 3/4 length victory.  And, yes, he ran straight.

Xavier Perez once again had the mount for trainer Mary Eppler and owner David Butts, and it’s hard to imagine a rider who more richly deserved a win on a specific horse than Perez aboard Spicer Cub.

(In case the answer to those questions at the top of the piece was something like, “Well, actually, no, I don’t remember,” check out the video below of Cub’s April 13 race at Pimlico.  Featured photo of Spicer Cub by Jim McCue, Maryland Jockey Club.)