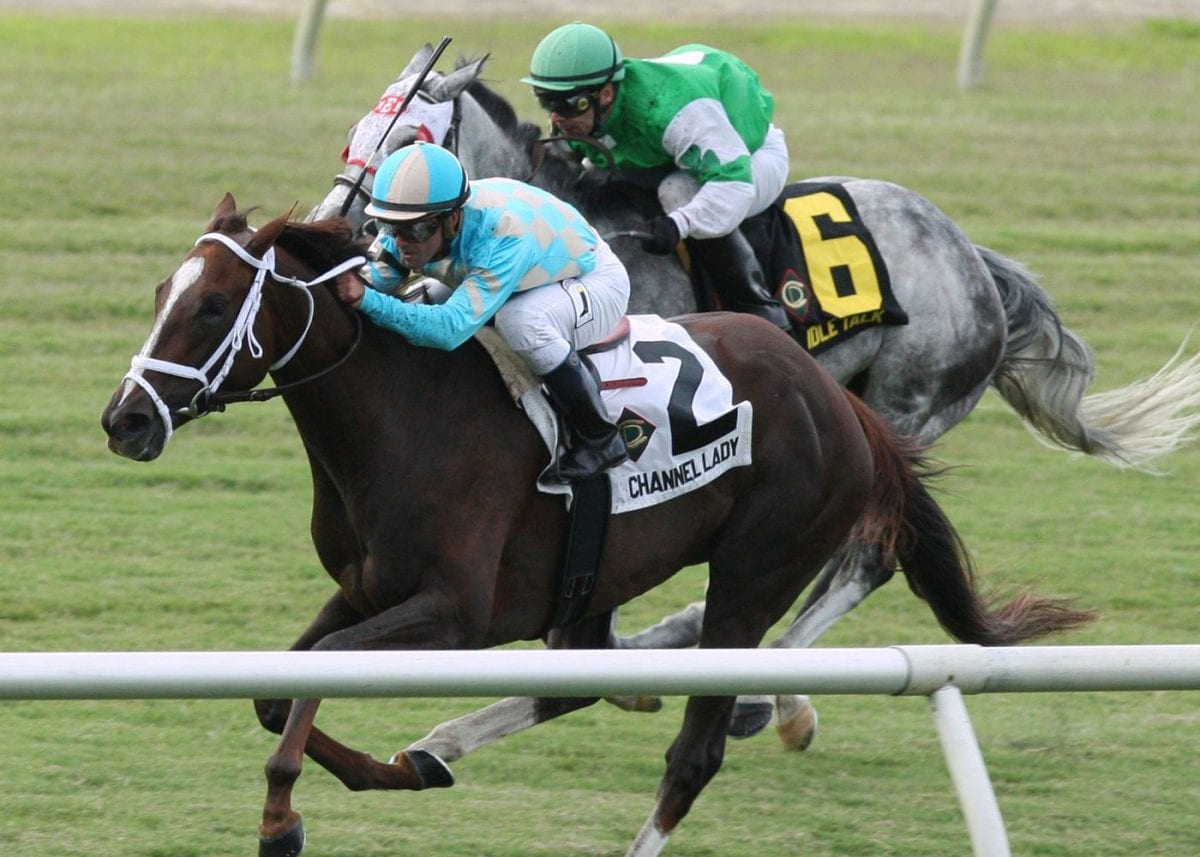 In which we revisit some of last week’s top stories…

(The featured photograph is Channel Lady narrowly winning the G3 Edward P. Evans All Along.  Photo by Coady Photography.)