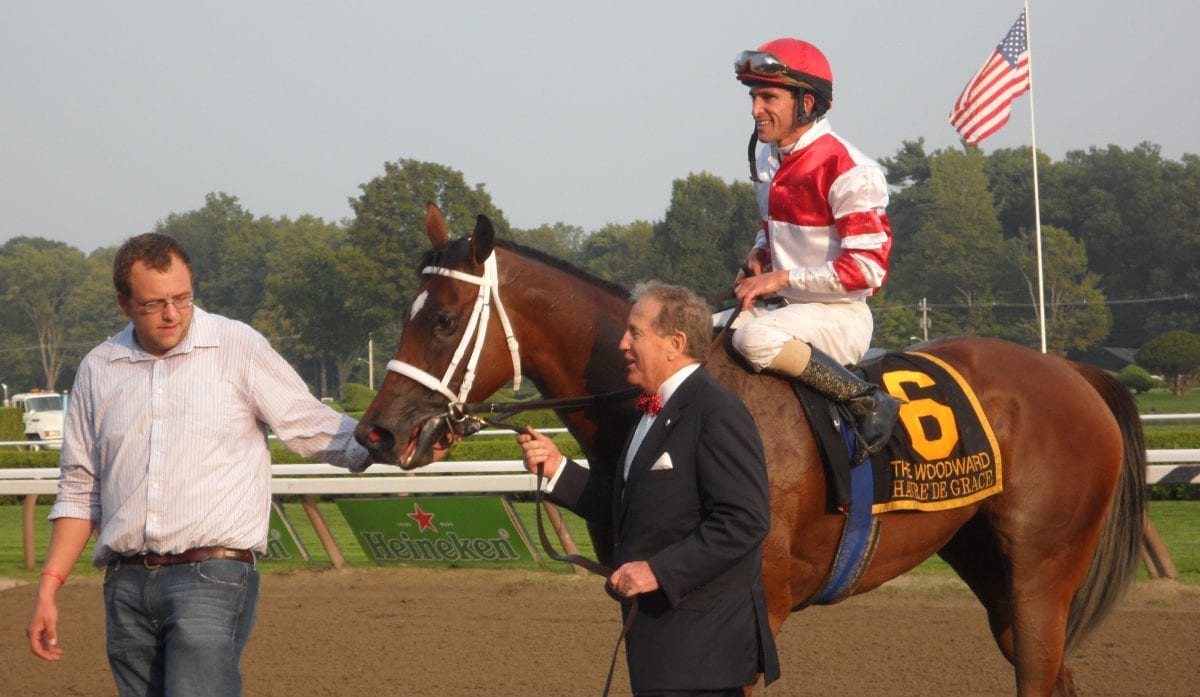 As Mid-Atlantic trainers reflected on Friday morning about Ramon Dominguez’s retrirement, they talked about his talent as a rider and his commitment to horse racing.  But their first reactions were about Dominguez the man, not Dominguez the jockey.

“He’s not only a special rider, but he’s a special person,” echoed Howard Wolfendale in a separate conversation.

“He could walk down my shedrow and name every horse I had there, if he had ridden him before,” Wolfendale continued. “That amazed me. Not too many riders could do that.” 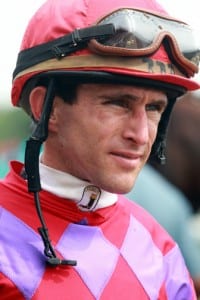 Dominguez announced on Thursday that as a result of a head injury suffered in a January fall at Aqueduct, he would be unable to consider riding again. He retired with earnings of $191,615,698 and 4,985 victories.

He began riding in the United States in 1996, getting his start in the Mid-Atlantic before moving his tack to New York in 2008. Though it’s been some time since Dominguez rode regularly on the Mid-Atlantic circuit, the news of his retirement nonetheless hit hard on the backstretch.

Graham Motion began training in the United States in 1993, and he credits Dominguez with helping him reach the upper echelon of North American conditioners.

“He’s a big factor in what helped me to get off the mark,” said Motion from England, where he’s preparing to race Kentucky Derby and Dubai World Cup winner Animal Kingdom at Royal Ascot. “When I look at my stats around 2000, and the Pin Oak horses I was training, he rode a lot of them.”

“He had an extraordinary knack for getting a horse to relax,” said Motion. “Better Talk Now was pretty quirky and Confessional was very headstrong. When Ramon used to work horses for me, I’d say that I’d get the pony for him, and he always said, ‘No, I’ll be OK.’ He had a really neat way of getting a horse to settle.

“Most of his rides on Better Talk Now had to really be timed to the last second; he just got there right in the nick of time.”

“That was the first Breeders’ Cup win for both of us,” Motion went on. “It put both of us on the map to some degree.”

While Dominguez rode his share of good horses—he retires having won more than 150 graded stakes races—he paid the same attention to claimers as he did to Breeders’ Cup runners.

“Our daughter Lacey had a cheap horse when she was 17 years old,” remembered Gaudet. “He ran for a nickel at Delaware and Ramon had ridden the horse a year before at Laurel and won on him.

“He hadn’t ridden him since, but he remembered everything about the horse…and for a 17-year-old kid! We were impressed on every level.”

“He knew your horse,” agreed Wolfendale, “but he also knew everybody else in the race. He rarely got in trouble: he rode a perfect race most of the time, and he never won by more than he had to.”

Like Motion, Wolfendale attributes some of his success to the 36-year-old rider from Venezuela. “When we were on a roll at Delaware, shooting at about a 30% clip, he rode most of them,” Wolfendale said, adding with a laugh, “Thank God. Most of that success was him.”

Wolfendale and Gaudet both also praised Dominguez’s honesty and humility, particularly when he didn’t win.

“He rode a good filly for us in Delaware Oaks a couple of years ago, Winning Point,” Gaudet recalled. “She was the second favorite, and all he could was apologize. ‘I couldn’t get out of the box,’ he said. ‘I’m so sorry, I should have won.’” Winning Point finished second by a head.

The last horse that Dominguez rode for Wolfendale was the Maryland champion Bold Affair, who also recently retired.

“It was her third start,” Wolfendale said, “and she had the inside post and she got trapped. He never had a shot until the 16th pole, when a hole opened up, and she went halfway through and stopped; she was a little green. He said, ‘She should have won. If we got outside, she wins.’”

Wolfendale was unequivocal in his praise of Dominguez, saying, “I think he’s the best rider to come along in a long, long time,” a sentiment backed up by Dominguez’s three consecutive Eclipse Awards for Outstanding Jockey. This year, he won his third the day after he was injured at Aqueduct.

“What a special rider,” said Wolfendale. “He will be missed.”