Midlantic-breds up by 33 percent at Fasig-Tipton sale 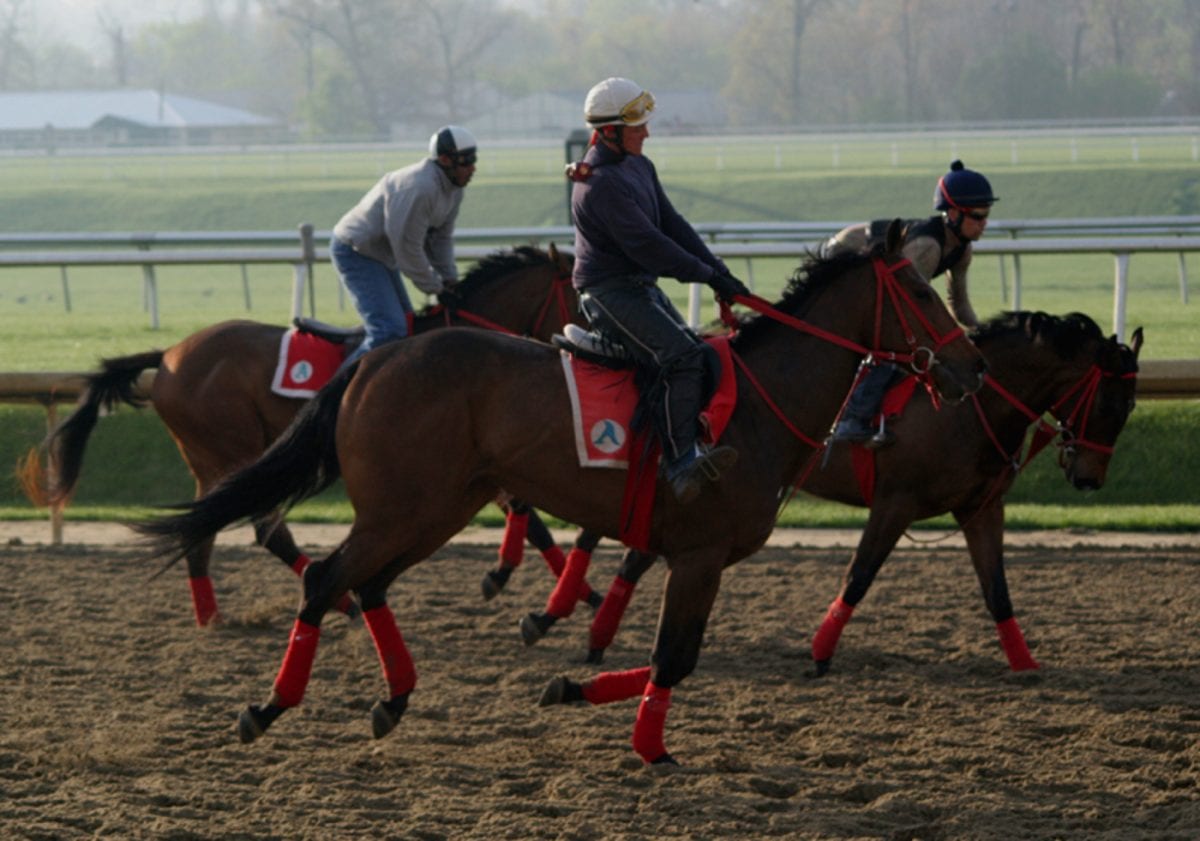 The Fasig-Tipton 2 year-olds in training sale at Timonium, which concluded on Tuesday, left buyers and sellers “pretty jubilant,” one area horseman remarked.

No question about that — and no question that it applied to mid-Atlantic participants.

In fact, horses bred in the region — Pennsylvania, Maryland, West Virginia, Virginia, and New Jersey — showed solid overall gains that outpaced the market as a whole.

“It was a great sale,” remarked Maryland Horse Breeders Association president Cricket Goodall, whose organization also publishes Mid-Atlantic Thoroughbred magazine.  “The rewards for having a good horse at the sale are money, and I think that the people were there and the money was there.”

Indeed, they were.  The 37 Midlantic-breds that sold fetched an average price of nearly $51,000.  While that was lower than the sale as a whole — the average selling price of all horses was nearly $68,000 — it was up more than a third from 2012.  That number included five Midlantic-breds — two from Maryland and one each from Pennsylvania, Virginia, and West Virginia — that sold for at least $100,000.

Among them was Hip 167, a Maryland-bred daughter of Pure Prize who, at $240,000, was the sale’s second-most expensive filly after breezing an eighth in 10 3/5 seconds.  She’s a full sister to stakes-winner Plum and from an improving female family; she was bred by David and JoAnn Hayden at Dark Hollow Farm.

Two horses sired by regional stallions reached six figures, one of them a Maryland-bred son of Fairbanks, who stands at the Pennsylvania division of Northview Stallion Station.  Hip 70, who brought $150,000, is a half-brother to precocious stake winner Twelve Pack Shelly, who won two stakes and was Grade 3-placed at two.

The region’s top-sired horse, however, was Hip 145, a Kentucky-bred son of Pennsylvania stallion Offlee Wild, who stands at Pin Oak Lane Farm.  The colt, named Tahrir Square, is out of a distinguished female family and brought a winning bid of $320,000 — the fourth-highest in the sale.

“There’s no question that there’s demand for a high-quality horse,” said Pin Oak Lane’s owner, Dr. William Solomon.  He added that Tahrir Square, who worked a quarter in 21 3/5 seconds and is headed to trainer Bob Baffert’s barn, is such a horse.  Of his own stallion, Offlee Wild, he noted, “He’s a good horse, and this is the best group of mares that he’s bred.”