Rationalmillennial was never too far back while in fifth and sixth early in the 5 1/2-furlong contest on the main track. Se was able to come between horses, find running room, and run down favored Stopwatchsonny late. Running time was 1:07.25 for the fillies and mares at the $10,000 claiming level.

Rationalmillenial paid $17.80 to win as the fifth-longest shot in the nine-horse field. The exacta returned $53.90 on a one-dollar wager.

Owned by Corrales Racing LLC, Rationalmillenial, a three-year-old filly by Orb, now has a win from eight career starts. The win pushed her career bankroll to $37,313.

First win for Walter Rodriguez aboard Rationalmillenial. Photo by The Racing Biz. 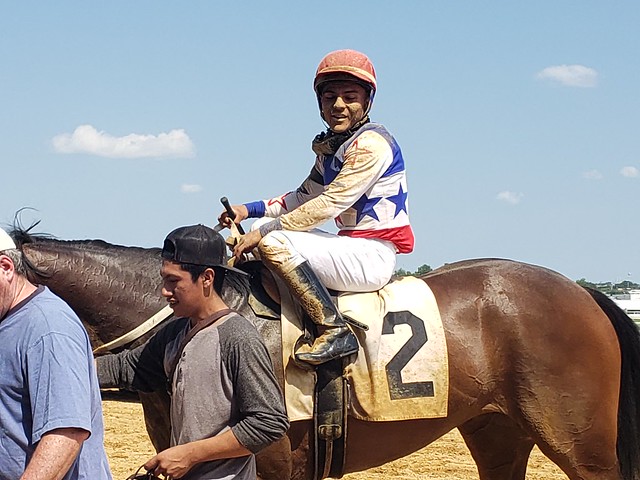