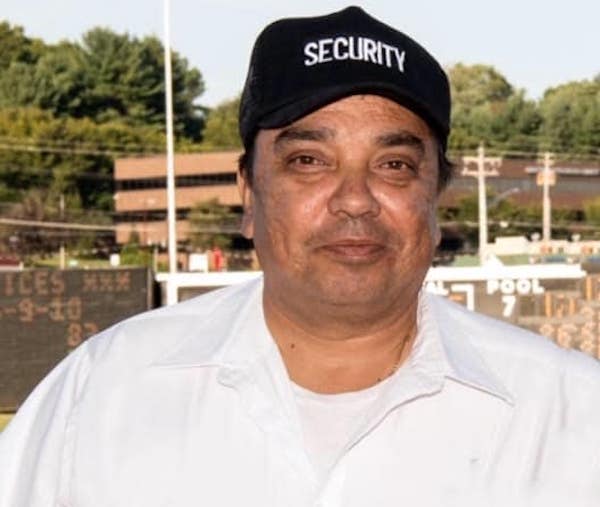 Maybe, in the end, it was appropriate that Laurel Park’s COVID-19 restrictions included shutting the winner’s circle this opening weekend.

After all, how could you have a winner’s circle without Martin Mora?

Mora, a Maryland Jockey Club security guard, passed away April 18 at his Laurel home. He was 56.

On race days, Mora served as the winner’s circle guard — limiting access to those properly credentialed to join the winning horse.

It sounds like a negative job, telling folks no — no winner’s circle for you.

Yet Mora’s was a cheerful and welcoming presence; he had a smile for everyone, and an inside joke for most.

I never — like, literally never — lived that down. Virtually every time I visited the winner’s circle for the next several years, there was Martin, smiling.

And it wasn’t just me; he had inside jokes with a bevy of visitors to Laurel’s winner’s circle. To know Martin was to laugh with Martin.

Beyond working in security for the MJC, Martin had also worked on the backstretch and, more recently, assisted track photographer Jim McCue. Some of those great pictures you’ve seen from the MJC were devised by McCue but clicked by Mora.

According to Major Mike Singletary, the MJC’s VP of Security, Mora’s son Chris, also a member of the security team, will take over as winner’s circle guard once that becomes necessary again.

Call it a nice reminder of what was: a bridge to the future, from the past.

That’s one of the things we’ve lost to the coronavirus: our goodbyes. The last I saw Martin, in mid-March, we parted ways with no inkling — at least on my end — that it was the last time.

The next time I visit the winner’s circle — whenever it’s open again — I’ll seek Chris out, and I’ll be sure to get in his way. He may not understand, but Martin will.