Derby switched to September; no word on Preakness yet 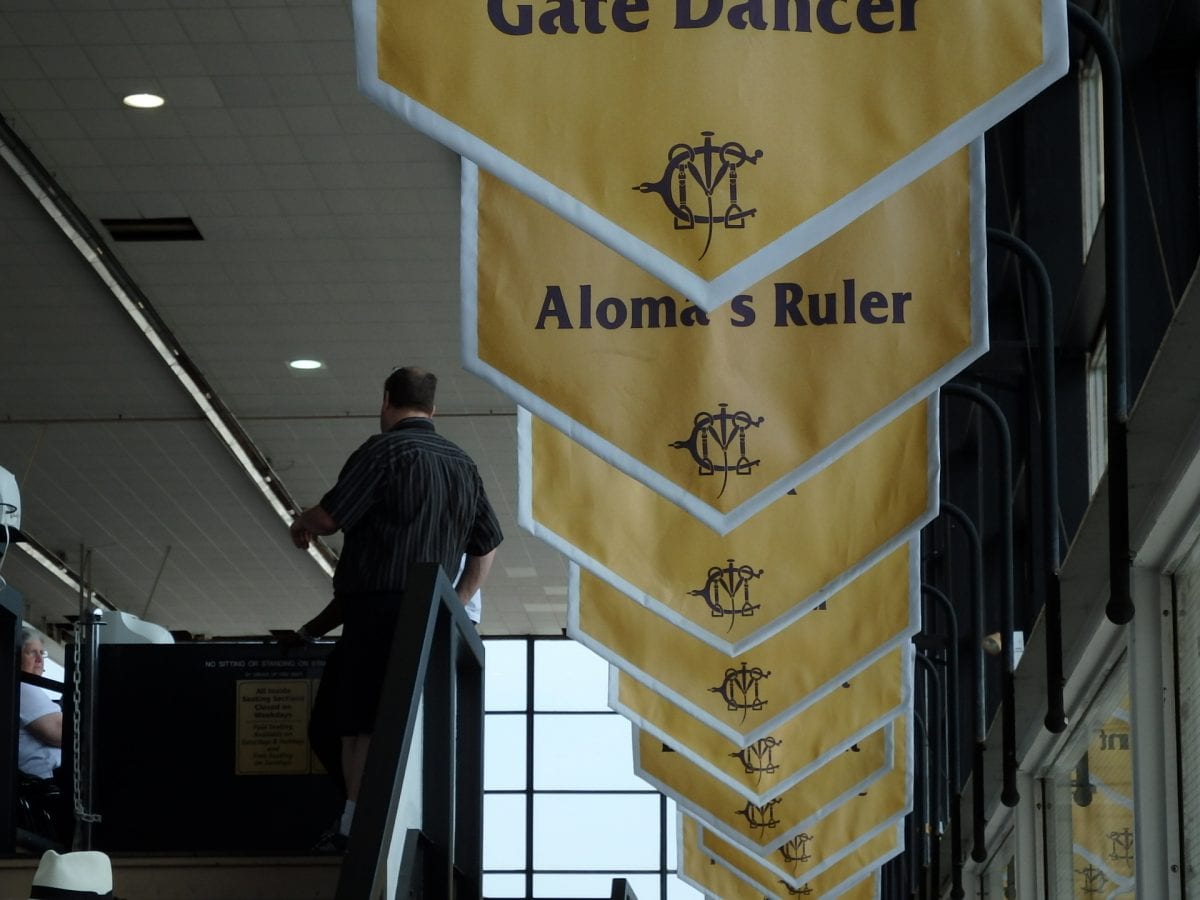 Preakness winner banners at Pimlico. Photo by The Racing Biz.

For the first time since 1945, the Kentucky Derby will not take place on the first Saturday in May. As for the other legs of the Triple Crown, their status remains uncertain at this time.

The 2020 Kentucky Derby is now slated for September 5, 2020 — more than four months after its original May 2 date. The Kentucky Oaks, likewise, will move to September 4.

Back in ’45, the nation’s all-out effort to end World War II led to the Derby’s postponement, as racing was banned altogether that year. Once the Allies secured victory in Europe on May 7, the US government lifted the racing ban, and the Derby took place June 9.

This time the rationale is a different kind of war: that against the spread of COVID-19, or coronavirus. The virus’s rapid spread, coupled with the dire consequences seen in some other countries, including Italy and Iran, have prompted public health officials to recommend strong steps to promote “social distancing,” the best tool against its spread. Social distancing, of course, is not compatible with 150,000 people standing cheek-by-jowl at a racetrack.

“Throughout the rapid development of the COVID-19 pandemic, our first priority has been how to best protect the safety and health of our guests, team members and community,” Churchill Downs Inc. CEO Bill Carstanjen said in a statement. “As the situation evolved, we steadily made all necessary operational adjustments to provide the safest experience and environment. The most recent developments have led us to make some very difficult, but we believe, necessary decisions and our hearts are with those who have been or continue to be affected by this pandemic.”

Some had wondered if the company might choose to run the Derby without fans, as happened, for example, at Oaklawn Park and Laurel Park this past weekend. While in FAQs the company said that the Derby “is as much about the fans as it is about the race,” it is also clear that running without fans would have forced the company, and the city of Louisville and its environs, to sustain a significant economic hit.

Instead, the company decided to postpone the event until well past the Centers for Disease Control’s most recent eight-week social distancing recommendation. That, the company noted, minimizes the likelihood of a second rescheduling — and provides out-of-town visitors plenty of time to reschedule.

Meanwhile, the status of the 2020 Preakness remained up in the air. Late Monday night, the Maryland Jockey Club issued a statement that used a lot of words to say that the company has not yet reached a decision.

“Our first priority in these difficult times is the health and welfare of our industry participants and the public at large,” the company wrote. “We are working with state and local governments, our industry participants, media and other affiliates to determine the most appropriate time to conduct the Preakness Stakes. While we are mindful of the challenges these times present, we also know that events like the Preakness Stakes can help restore our sense of place and economic well-being to our communities and state. As soon as we have further clarity on these matters we will inform all.”

For its part, Churchill Downs said it had “been coordinating with the appropriate representatives in an attempt to properly schedule the Triple Crown.”

On Sunday, Maryland Gov. Larry Hogan issued an emergency order directing all racetracks, casinos, and off-track wagering facilities to shut down to “the general public.” That order is open-ended, continuing in effect until he lifts the state of emergency over COVID-19. While the MJC was as of Tuesday seeking clarity as to whether that meant it must cease racing operations altogether, it seems likely that was Hogan’s intent, even if inartfully worded.

Racing officials in New York also were scrambling to decide what to do. Tuesday morning, they issued a statement saying, in part, “As the coronavirus pandemic continues to upend American life, decisions about large-scale public events must prioritize public health and safety above all else. NYRA will deliver an announcement only when that process has concluded to the satisfaction of state and local health departments.”

An important element in the decision will be the wishes of NBC, which televises the Triple Crown. It is virtually certain that that company would a) like to keep the three races together and sequential and b) prefer to have them contested in front of large crowds.