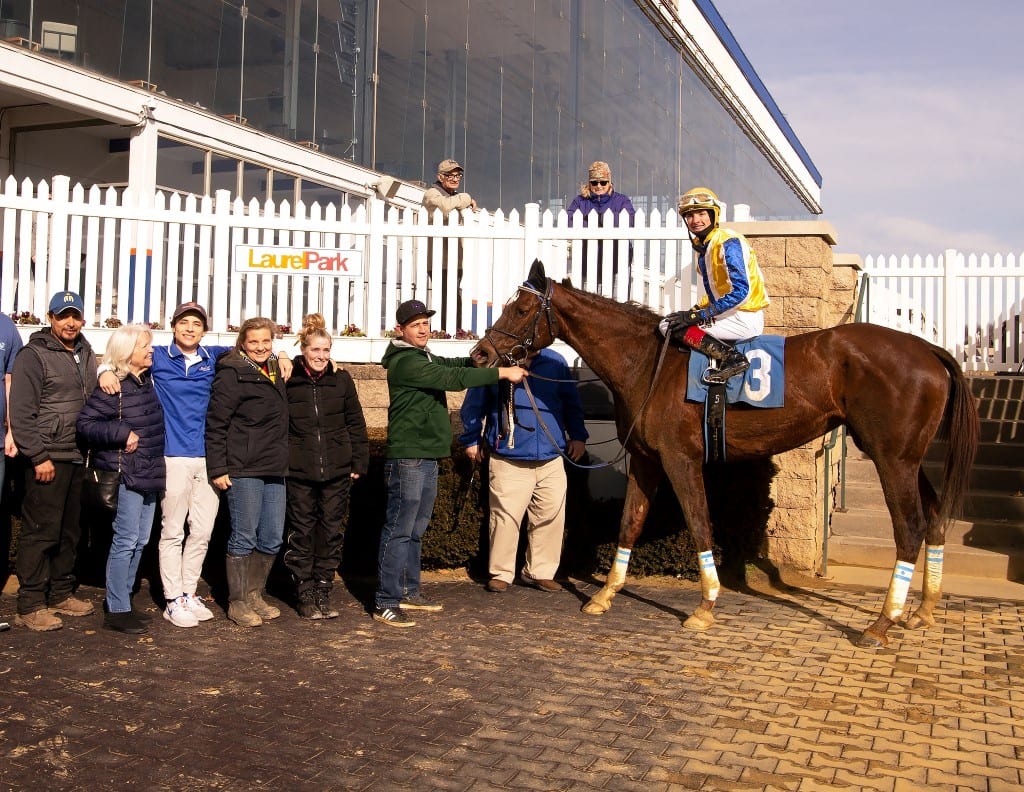 It was the eighth mount for the 16-year-old Marquez, who debuted Jan. 1 at Laurel, finishing fourth on Up Hill Battle. Sierra Leona ($13.60) won the one-mile claiming event for fillies and mares 4 and up in 1:39.97 over a fast main track.

“It feels amazing. I’m only 16; it’s a lot to digest,” Marquez said. “But I’m glad I’m here and I’m thankful for all the opportunities been given to me. This means so much to me.”

Marquez settled Sierra Leona in third as Hay Baby Girl went the opening quarter-mile in 24.57 seconds before Music Maker took over and went a half in 48.80 and six furlongs in 1:13.97. After coming under pressure on the turn, Marquez took Sierra Leona inside and came with a steady run to pass horses and edge clear inside the sixteenth pole.

“I’ve been riding my whole life, in the pony races and riding over jumps,” Marquez said. “I’ve done a whole bunch of different things, so this is an honor to be a professional now and finally win my first race.”

Marquez rode in seven amateur races in 2019, three at Laurel and four at Parx, with two seconds and two thirds. He had two thirds in seven mounts before recording his first win, finishing sixth on Greely Is Back in the subsequent race.

Marquez said he plans to finish his secondary education at home as he pursues his riding career.

“I’m turning in [forms] to get homeschooled, but there’s no way I’m dropping out. I need school just in case anything happens,” he said. “I owe everything to my mom. My mom has taught me everything that I know. I wouldn’t be able to do any of this without her. All the trainers that give me chances to win races. It’s a very emotional thing for me because it’s my first win ever.”