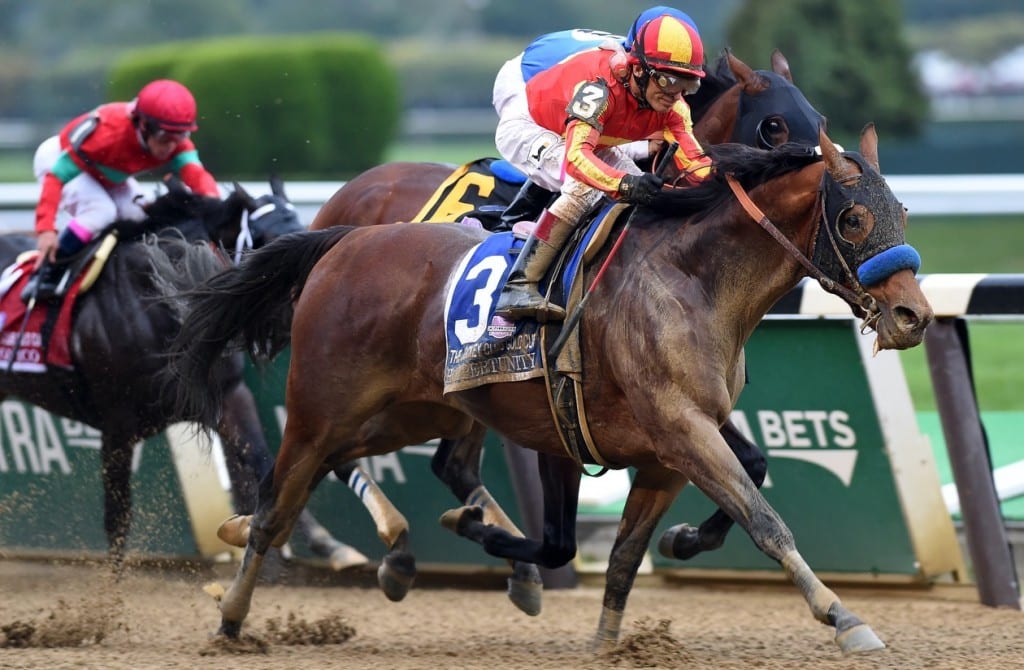 Of the more than 29,000 mares reported bred nationwide, 1,844 of them were bred to stallions standing in the Mid-Atlantic, according to data released Thursday by The Jockey Club.

The Jockey Club said that it expects the total number of mares bred grow by about 10 percent when all reports are received. The number reported through mid-October 2019 is about 3.5 percent lower than the early reports of 2018.

Mid-Atlantic stallions account for about 6.3% of the early reports. That compares favorably with the 6.1% of all mares bred in 2018 that were bred to stallions standing regionally.

Maryland, with 780 mares bred to its stallions, accounted for the region’s largest share, though its early reporting figures were down from the 867 in the state last year in the early reporting period.

Pennsylvania, by contrast, saw the number of mares bred to its stallions grow from 610 to 686.

And in West Virginia, the number of mares bred rose from 198 to 325, but the bulk of that growth appears to come from a reporting glitch last year. None of Taylor Mountain Farm’s four stallions – including two, Juba and Windsor Castle, who are among the state’s most popular – appeared in the early report in 2018.

A pair of Pennsylvania-based stallions led the region in number of mares bred. Hoppertunity, who entered stud this year and stands at Northview-PA, bred a Midlantic-leading 129 mares this season. And Warrior’s Reward, a veteran stallion who this year relocated to WynOaks Farm, saw 115.

Those two were followed by a trio of sires standing at Northview-Maryland. Golden Lad, whose oldest are two-year-olds this year, saw 89 mares. First-year sire Irish War Cry saw 83, and veteran Great Notion, the region’s fourth-leading sire thus far in 2019, was bred to 76 mares, the same as Northview-PA’s Uncle Lino.

The busiest stallion in West Virginia in 2019 was Juba, who saw 49 mares. Juba, a son of Tapit who is from the family of Luftikus, entered stud in 2017 and will have runners on the track in 2020.

The top sire by mares bred in New Jersey was Sea Wizard (12), while in Virginia, Friend or Foe led the way with eight.

STALLIONS STANDING IN THE MID-ATLANTIC