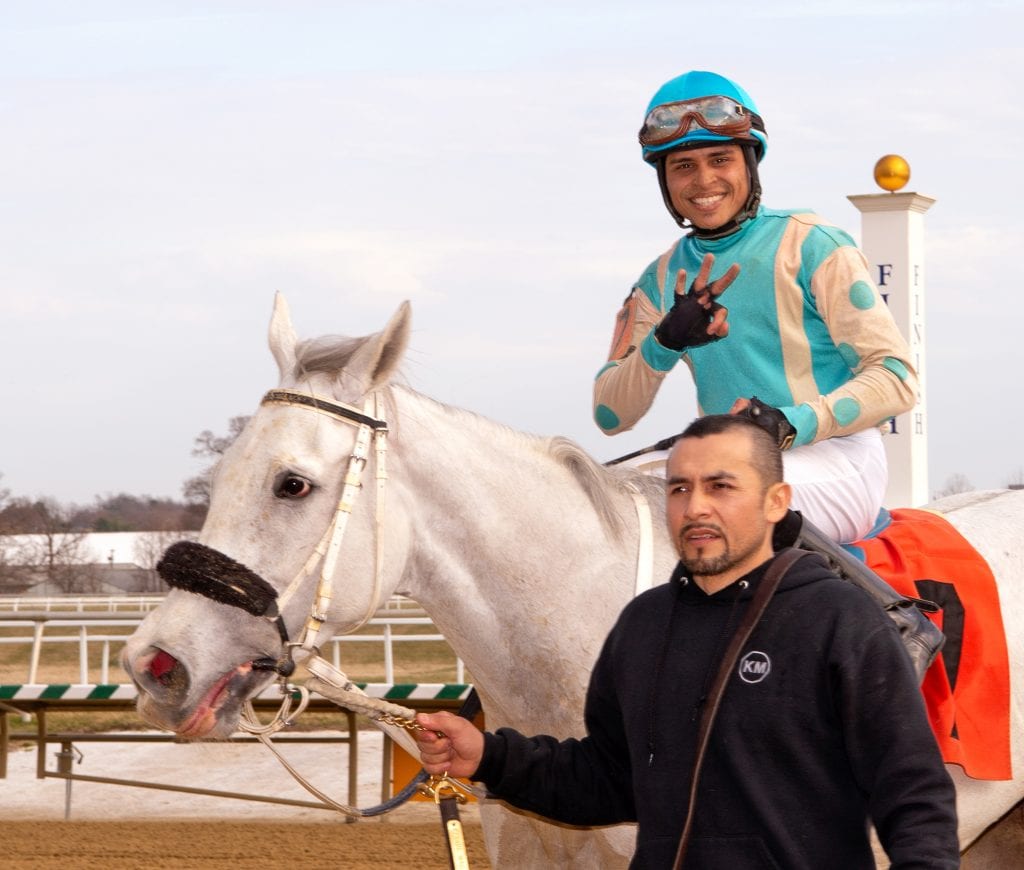 Laurel Park-based jockey Julio Correa, leading all apprentice riders in the country in wins, will be moving his tack to New York next month.

The 25-year-old native of Caguas, Puerto Rico guided Smart Angle’s 3-year-old filly Yesterdaysplan to a head victory over favored Esterina in the $50,000 Distaff Starter Handicap on Saturday for his first victory in Maryland Million competition.

Correa, represented in Maryland by Mark Mace, will have a new agent when he arrives in New York for Aqueduct’s fall meet, which opens Nov. 1. Correa rode twice at Aqueduct last winter after launching his pro career, landing in Maryland full-time in mid-March.

“I’m going to move to Aqueduct in the middle of November, the 14th or 15th. That’s my plan. My agent right now, he’s taking care of it,” Correa said. “I’ll have a new agent there. I’m excited. It’s a dream of every jockey to ride there. When I first started riding, I dreamed about riding there. If I keep doing good, I hope to stay there.”

Correa captured four races on closing day to finish with 43 for Laurel Park’s summer meet and become the first apprentice to win its riding title since Yomar Ortiz at the winter 2013 stand.

A rider’s one-year apprenticeship begins after victory No. 5, which for Correa came Feb. 18 at Parx. Through Sunday’s program at Laurel, he had 110 wins and nearly $2.9 million in career purse earnings according to Equibase statistics. South Florida-based Cristian Torres had 98 wins and more than $2.7 million in purses earned.