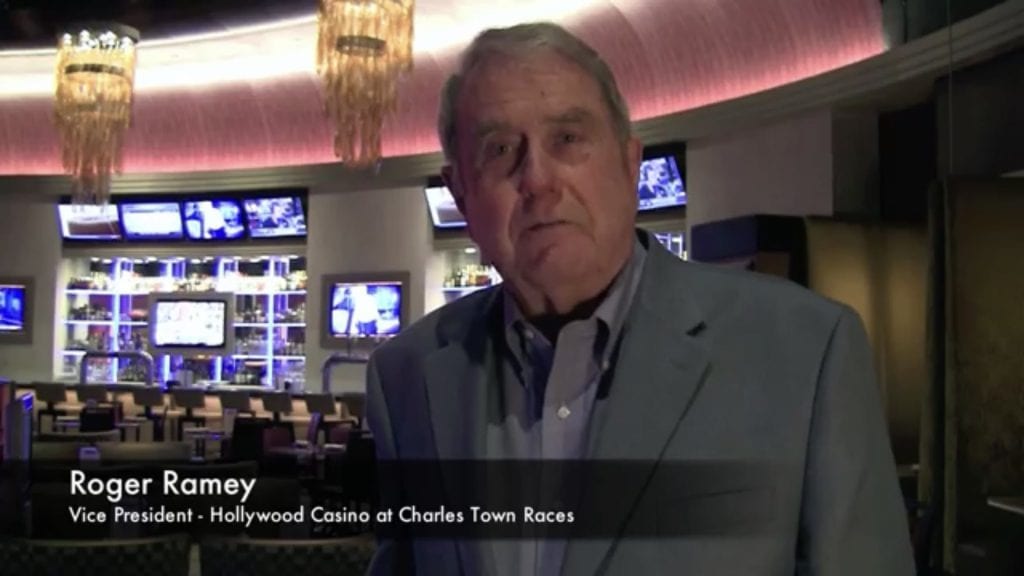 Roger Ramey, a longtime member of the Charles Town community, employee of Hollywood Casino at Charles Town Races and advocate for both gaming and racing in Jefferson County, West Virginia passed away in Winchester, Virginia early on Thursday morning. Ramey was 85 years old.

Following a 12-year stint as a member of the West Virginia Racing Commission, Ramey departed to take the position of President at Charles Town in 1996 as it worked towards the passage of video lottery terminals. With Ramey at the property’s helm, the effort turned out to be a success as the referendum was passed, ushering in a brand new era of gaming for Charles Town and Penn National Gaming.

All told, the affable Ramey would go on to serve in several capacities at the property for more than 20 years, the last 8 of which came as the Vice President of Public Affairs, which included his participation in another successful referendum for the passage of table games at the track. He would remain in his position until his retirement at the end of 2016 while also serving on the board of several local organizations including the Charles Town Racetrack Chaplaincy and West Virginia Breeders’ Classics.

“Roger Ramey loved this community and property and was so proud to represent each of them,” said John Finamore, Sr. Vice President of Regional Operations for Penn National Gaming. “He cared deeply about racing and the community and did so much for the people in this area. Roger was a consummate gentleman and you couldn’t find anyone that had a bad word to say about him. To say he’ll be missed is an understatement.”

An avid sports fan, Ramey could often be spotted at local high school and college sporting events in both West Virginia and Virginia, with his longtime friend and former Charles Town General Manager of Racing, Dickie Moore.

The Charles Town community is saddened by the loss of Roger Ramey. Mr. Ramey was the VP of Public Affairs @HollywoodCCTR, a former racing commissioner, and a valued member of the community. Our condolences go out to his family and friends. He will be sorely missed. pic.twitter.com/R0KzpxSs0I