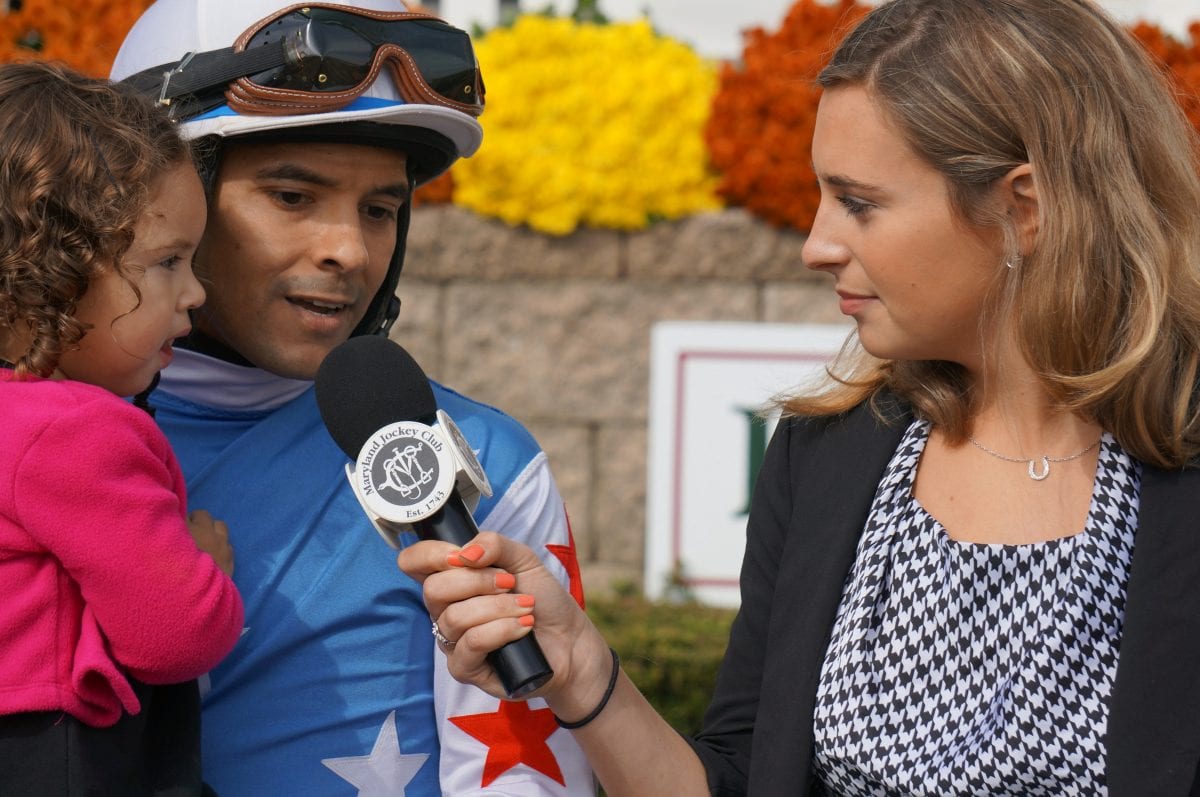 From a TVG release

Sports broadcaster Gabby Gaudet is joining TVG on a year-round basis as an analyst and reporter, the network announced today, and she will be live at Gulfstream Park this week and play a major role in TVG’s special programming for the Pegasus World Cup Invitational (Gr. I).

The third renewal of the $9 million Pegasus World Cup Invitational (G1) is scheduled for Saturday, January 26th at Gulfstream Park in Hallandale Beach, Florida and will be run at 1 1/8 miles on the main track. The race features a field of twelve contenders including two Breeders’ Cup champions – Breeders’ Cup Mile (G1) winner City of Light and Breeders’ Cup Classic (G1) winner Accelerate, who is also a contender for Horse of the Year. In addition, the track will hold the inaugural running of the $7 million Pegasus World Cup Turf Invitational which is carded at 1 3/16 miles on the turf and has drawn an international field of ten.

“Gabby is a sharp, talented reporter and analyst who lives and breathes racing,” said Kevin Grigsby, TVG’s executive producer and VP of television. “We’re very excited that she’ll be offering her insight and perspective to our viewers and players on a regular basis beginning with our blanket coverage of the Pegasus World Cup and the Pegasus World Cup Turf this weekend from Gulfstream Park.”

In addition to race day coverage, TVG will be broadcasting the 48th annual Eclipse Awards live from the Sport of Kings Theatre at Gulfstream Park Racing and Casino on Thursday, January 24th at 8:00 p.m. ET. The event will be hosted by Jeanine Edwards and, in addition to the announcement of the 2018 Horse of the Year, there will be championship honors awarded in 16 equine and human categories. There will be pre-coverage of the award ceremony with red carpet reporting from Britney Eurton and Scott Hazelton.

Gaudet, who has worked with TVG on a freelance basis in the past, will co-host Pegasus coverage live from Gulfstream Park. Gaudet grew up in a horse racing family as her parents, Linda and the late Eddie Gaudet, were trainers in the Mid-Atlantic region. She began her career as a racing analyst and paddock reporter for the Maryland Jockey Club in 2013 and from there went on to cover horse racing nationally at Arlington Park, the Breeders’ Cup, and at Gulfstream Park. In 2016, she joined the New York Racing Association’s broadcast team as a racing analyst and reporter. Her role at TVG has included coverage of premier racing including the Gulfstream Park Championship Meet, Keeneland and Churchill Downs.

“It’s been such a pleasure to work with the talented cast at TVG thus far,” said Gaudet. “The team truly feels like family and it’s been an incredible experience to be part of their coverage. I’m excited to have an expanded role moving forward and to continue covering racing on a national platform.”