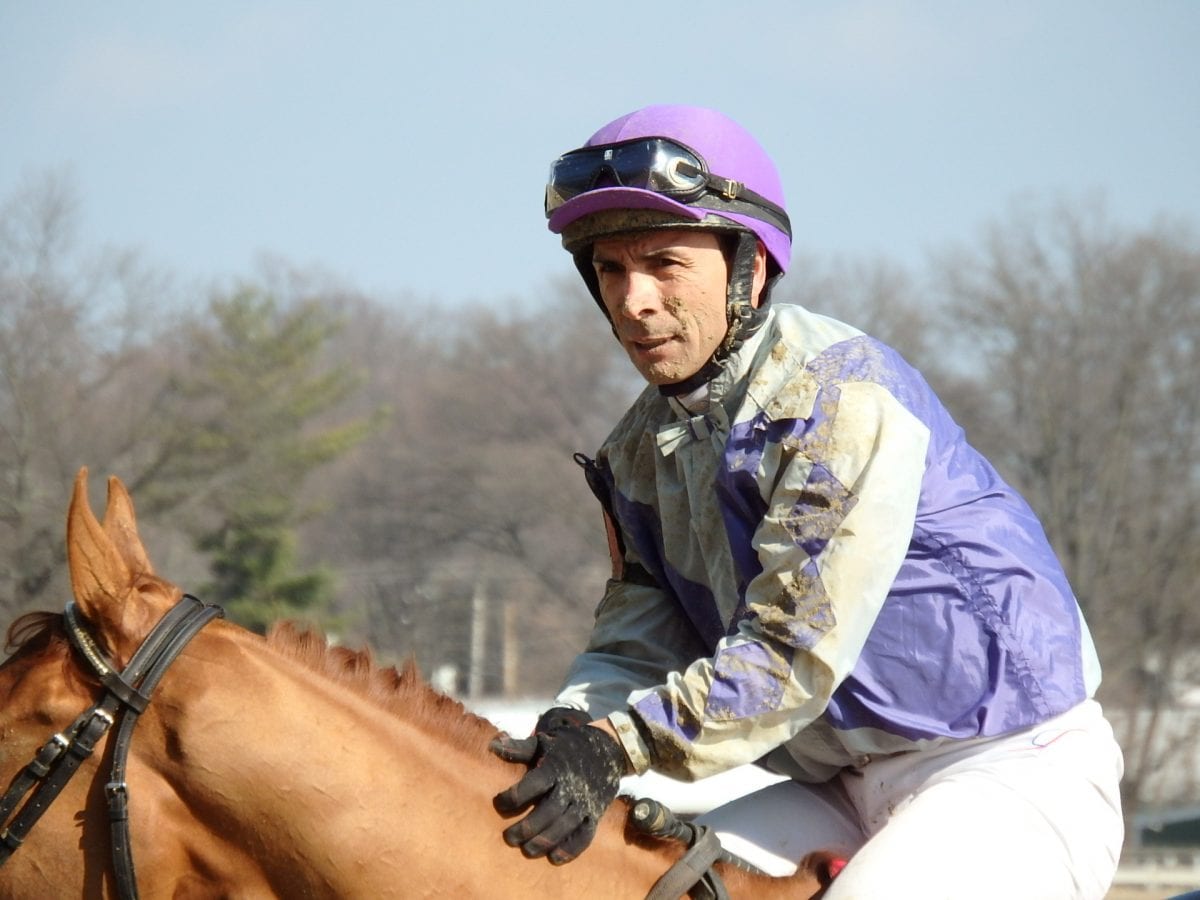 All three riders were taken to the hospital for evaluation and released later that night. Karamanos was at Laurel Saturday morning and was scheduled to ride Devine Mischief in the $100,000 What a Summer Stakes.

Karamanos, a winner of more than 2,100 races and $55 million in purse earnings, had one other mount Saturday, Do Share, who was scratched from the $100,000 Fire Plug Stakes. He is named in four of eight races at Laurel Sunday.

“He’s doing OK,” agent Frank Douglas said. “He came out this morning and worked a couple horses and he’s riding this afternoon. He just went to the hospital to get checked out and make sure that he’s OK. He got released last night about 8 o’clock.”

Maryland’s leading rider in 2014 and 2016 and coming off Laurel’s fall meet championship, McCarthy is taking off all his mounts this weekend and is hoping to return to action next week, agent Scott Silver said.

McCarthy had mounts in six races Saturday at Laurel, including Cautious Giant in the Fire Plug, Rich Daddy in the $100,000 Native Dancer Stakes and Mzima Springs in the $100,000 Nellie Morse. He is named on seven horses Sunday at Laurel and two horses Monday, Jan. 14 at Parx.

“He’s sore and banged up a little bit; luckily nothing major that we know about at the moment. He’s off for the weekend and we’ll see how we are for next week. We’re going to try to be back next week but we’ll see how he’s feeling,” Stift said.

“He got lucky in the sense that he didn’t get trampled and he didn’t get run over by his own horse. It was a miracle that he didn’t get badly hurt. I only watched it the one time but from what everyone’s telling me it’s amazing he escaped the way he did,” he added. “We certainly didn’t want to miss today by any means, but if we’ve got to miss a week or two, I’ll take it.”

Torres was replaced on his two mounts Sunday. He is named in one races Sunday at Laurel and one race Wednesday, Jan. 16 at Charles Town.

“He’s sore …but he’s OK. Everything cleared at the hospital last night. I was at Delaware and as soon as I saw it I packed a bag and started heading towards Baltimore. It’s amazing,” agent Tom Stift said. “He’s going to take off and hopefully start back riding next week.”

The spill happened on the far turn in the $35,000 maiden claiming event for 3-year-old fillies when Tuffy’s Way stumbled and fell while racing third, sending McCarthy to the ground near the rail. Lucky Dilly was right behind and tripped over the fallen horse, unseating Karamanos.