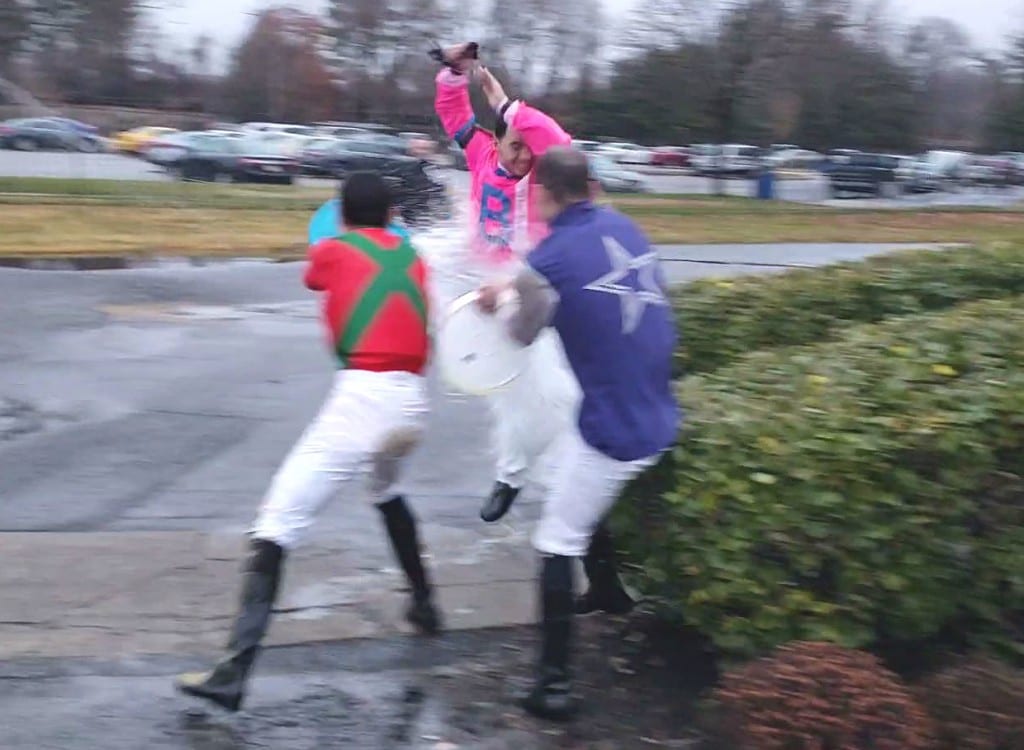 A 27-1 longshot with a bad record — 2-for-31 — and a closing style, Chief Tarhe turned all of those established facts on their head in winning today’s ninth race, a $5,000 claiming event at Laurel Park.

The win provided jockey Felix Pinero, a 10-pound apprentice, with the first win of his career.

Breaking from the four-hole, Chief Tarhe bounced out of the starting gate on top and never looked back, holding a lead — albeit a narrow one — at every point of call.

The margin was a half-length after a half-mile in 49.87 seconds, a head after three-quarters in 1:13.88, and a neck on the wire, when the clock stopped in 1:45.16 for the 1 1/16 miles. In second at all of those points was the favorite, Brahms Romp, who now has finished second in four consecutive races. That duo was three lengths in front of the show horse, Throw the Deuce.