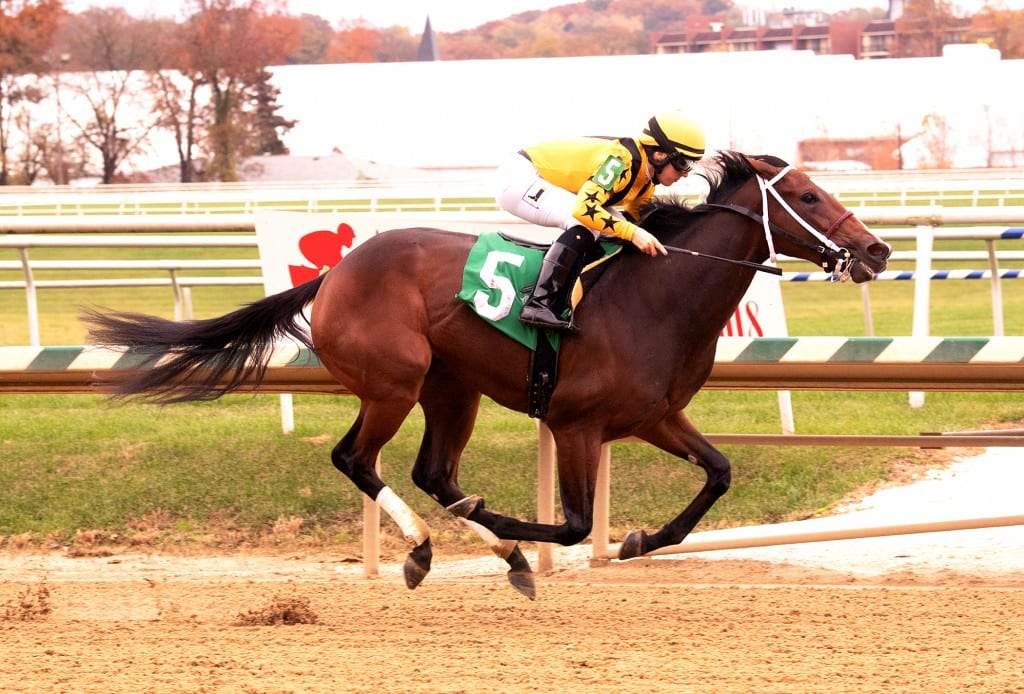 As November comes to an end, so, too, will a race condition from which Maryland breeders have benefited — but that the racetrack says is making races more difficult to fill.

For more than a year at the Maryland racetracks, Maryland-bred or -sired horses have been able to waive the claiming price when entering at the $40,000 maiden claiming level, thus allowing them to race without being exposed to getting claimed and giving them, in essence, a “home team” benefit.

But starting December 1 and extending at least through the winter, the connections of Maryland-breds will no longer be able to waive the claiming tag. Those horses will instead be treated the same as all other horses and forced either to enter at the maiden special weight level or to be exposed to getting claimed.

Merz characterized the change as “kind of a winter idea.” In the spring, when turf racing resumes, he said, it would make sense to revisit the question.

The board of the Maryland Thoroughbred Horsemen’s Association, which represents the state’s owners and trainers, voted, via email, by a 10-5 margin to endorse the change.

Board member R. Larry Johnson, a breeder and owner who admits he “probably won more of the waiver 40s than anyone else,” was one of the five to vote in favor of retaining the waiver condition and against the change proposed by the track.

Johnson said that he believed the waiver had been introduced in the first place to give Maryland-breds a softer but still protected spot to begin their careers, rather than throwing them in against open maidens, which in recent years have grown increasingly competitive in Maryland. What’s more, he maintained, the waiver encouraged Maryland owners to put their horses in the waiver race, thus helping to fill a condition — the $40,000 maiden claimer — often tough to make go.

“I think it accomplished both those goals,” Johnson said. “It provided some economic and racing opportunities for a Maryland-bred horse, and it helped to fill a race that wasn’t going to fill.”

While most nearby states — particularly Pennsylvania and West Virginia — have robust state-bred racing programs, Maryland has a much more limited racing menu for state-breds, and some felt that the waiver condition helped level that playing field.

“Everyone I talk to loves it,” said breeder Louis Merryman, on Facebook.

“It was a nice incentive to breed in Maryland,” agreed Harry Kassap, a small owner and breeder.

The last turf race in Maryland took place November 2. Since then, the track has gotten 13 $25,000 maiden claimers to go, versus seven maiden special weights and six maiden 40s.

Overall Maryland-breds have won only five of the 32 maiden special weights contested at the meet — but they took down 17 of the 22 maiden 40s during that period.