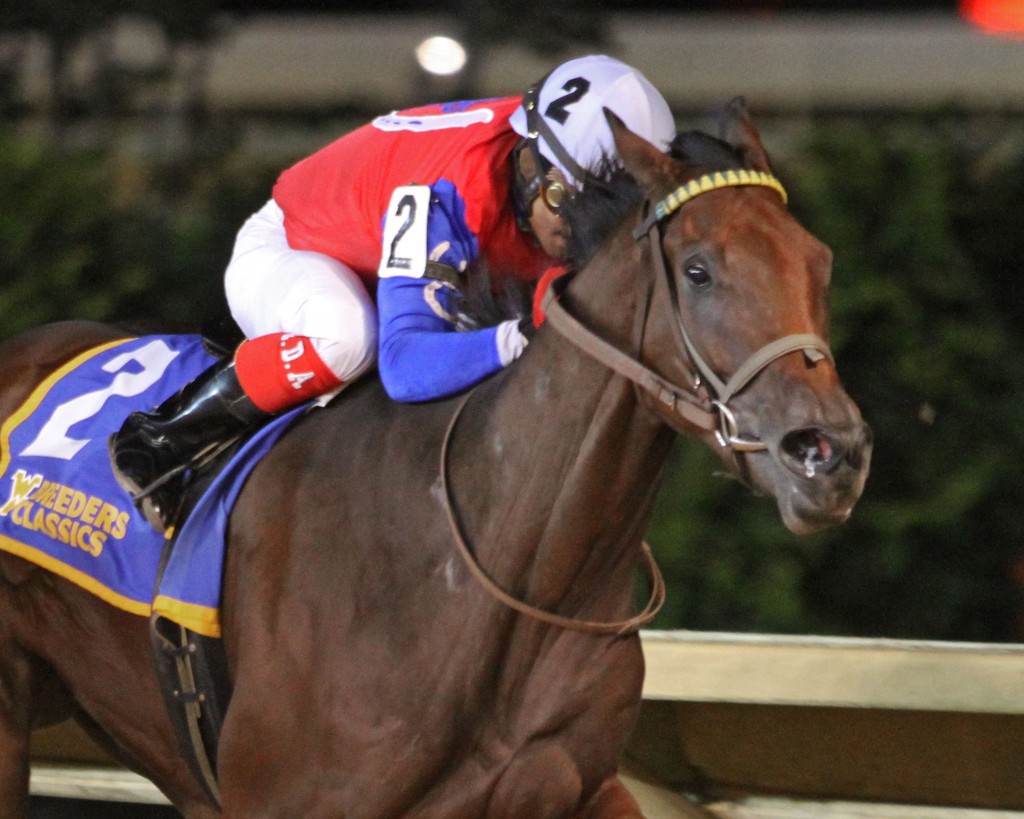 Only hours after many thoroughbred racing fans will have seen the best runners in the world compete in the Breeders Cup Classic and some of next year’s top Kentucky Derby hopefuls clash in the Breeders Cup Juvenile at Churchill Downs, Charles Town will offer the latest edition of the $50,000 West Virginia Futurity for state-bred two-year-olds seeking to  enhance their resumes.

The field includes a half-dozen geldings — and one filly — set to go seven furlongs.

Saturday’s West Virginia Futurity will feature the top three finishers in the $75,000 Vincent Moscarelli Memorial Breeders Classic from last month’s West Virginia Breeders Classics card. Burnin Ring O Fire won the Moscarelli as the solid favorite and will likely garner that role again while seeking the fourth straight victory to begin his career for trainer Ollie Figgins, III and owner-breeder Ray Pennington, III. Burnin Ring O Fire won his career debut on the grass at Laurel Park on August 10 then won the Henry Mercer Memorial on Sep. 22 before taking the Moscarelli. With a spotless record in three starts, Burnin Ring O Fire is 8-5 on the morning line.

Midday Man, runner-up in the Moscarelli despite ample traffic trouble down the backside in his stakes debut after defeating maiden special weight foes at first asking on Sep. 28 for owner-breeder-trainer James W. Casey, looms a genuine threat to Burnin Ring O Fire. Midday Man rallied strongly on the far turn and through the lane to gain the runner-up spot in the Moscarelli despite early traffic woes and could turn the tables on the favorite in this spot. He is 3-1 on the morning line and will have Antonio Lopez aboard.

Bound To Be Good, third in the Moscarelli in his stakes debut for Casey after winning the second start of his career on August 9 following a second-place effort in his debut, will look to join the upper echelon among local juveniles here. He was beaten 4 1/2 lengths in the Moscarelli and is 9-2 on the morning line. Arnaldo Bocachica will ride.

Love to Party is the lone filly in the group. The daughter of Desert Party, 12-1 on the morning line. She is trained by Crystal Pickett and has a single show result from three starts. Oscar Flores has the call.

Hard Being Me, Scottish Man and Not For Sonde all sport maiden special weight victories. Not For Sonde won at first asking on Aug. 30 then was third in the Mercer but faded to 10th in the Moscarelli.