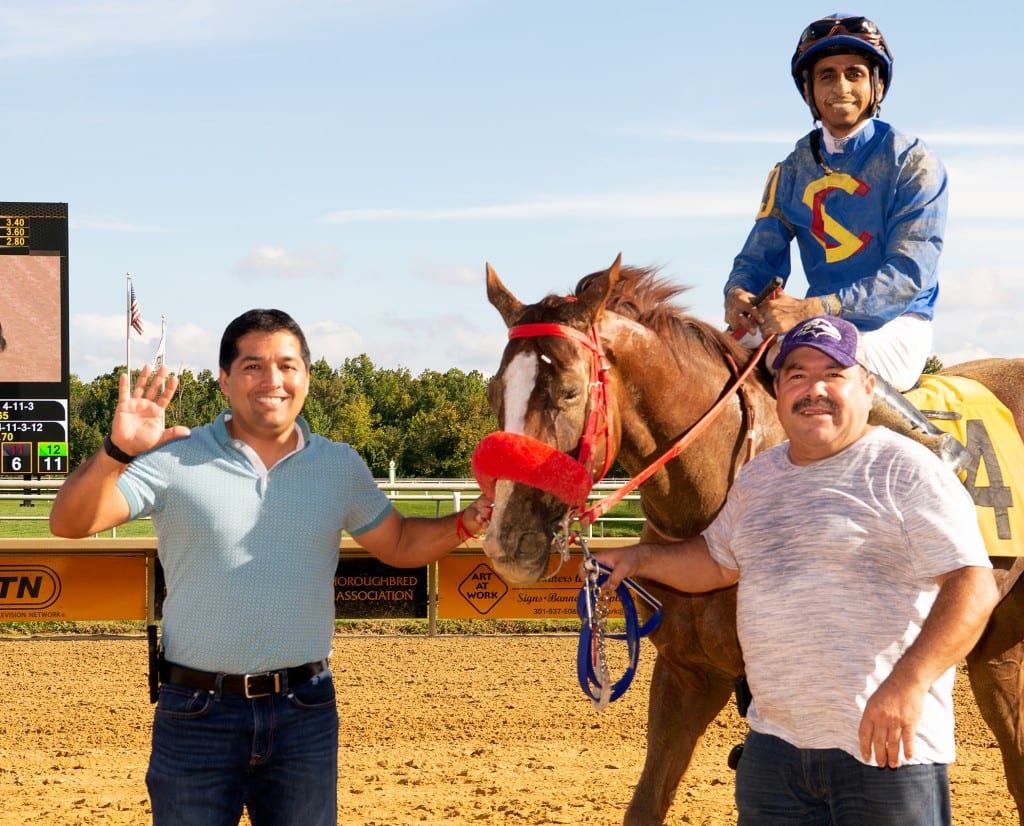 As journeys go, trainer Claudio Gonzalez’ trip from 495 wins to 500 — well, 501 — wasn’t much. But it felt pretty good to the conditioner all the same.

Gonzalez logged six victories in three days, and with two scores on Saturday — one at Laurel Park and one at Parx Racing — he reached and then surpassed the 500-win mark. Gonzalez has 501 wins from 2,461 career starters with career purse earnings of more than $13 million.

Gonzalez struck out on his own as a trainer in 2012, winning six races that year. He won 60 the following year, however, and has topped that number each subsequent year. In 2017 he topped the 100-win mark for the first time, winning 118 times, and in 2018, he already has more than 100 victories.

Thus far in 2018, he has already set a personal earnings mark. His runners have logged over $2.9 million in earnings to date this year.

In today’s racing, Gonzalez sent out Hashtag Selfie in the seventh at Parx Racing in a claiming race that went off at 3:42 p.m. and then Sarah’s Treasure at Laurel in a starter/optional claimer that went off exactly one hour later, at 4:42.

Then, an hour later, in the off-the-turf starter, Sarah’s Treasure, a five-year-old Eskendereya mare who had just a single win from 26 prior starts, rallied under Julian Pimentel to get up late to win by three parts of a length. Gonzalez conditions her for Super C Racing. She paid $15.20 to win.

“This feeling is like — I cannot explain, you know,” he said. “It’s a good feeling.”

LAUREL PARK NOTES The Mike Trombetta-trained Enjay’s Brass, a two-year-old Shanghai Bobby filly, also won under Pimentel, scoring by three lengths in a maiden special weight test. It was her second career start… Papa Zulu outfought Bonus Points in a thriller to win the featured ninth race, a third-level allowance/optional claimer. Papa Zulu, ridden by Jevian Toledo for trainer Kelly Rubley, prevailed in a lengthy stretch duel by a nose, with that pair a half-dozen clear of the rest. Running time for the one-turn mile was a sharp 1:34.83 — just two-fifths off the track record…