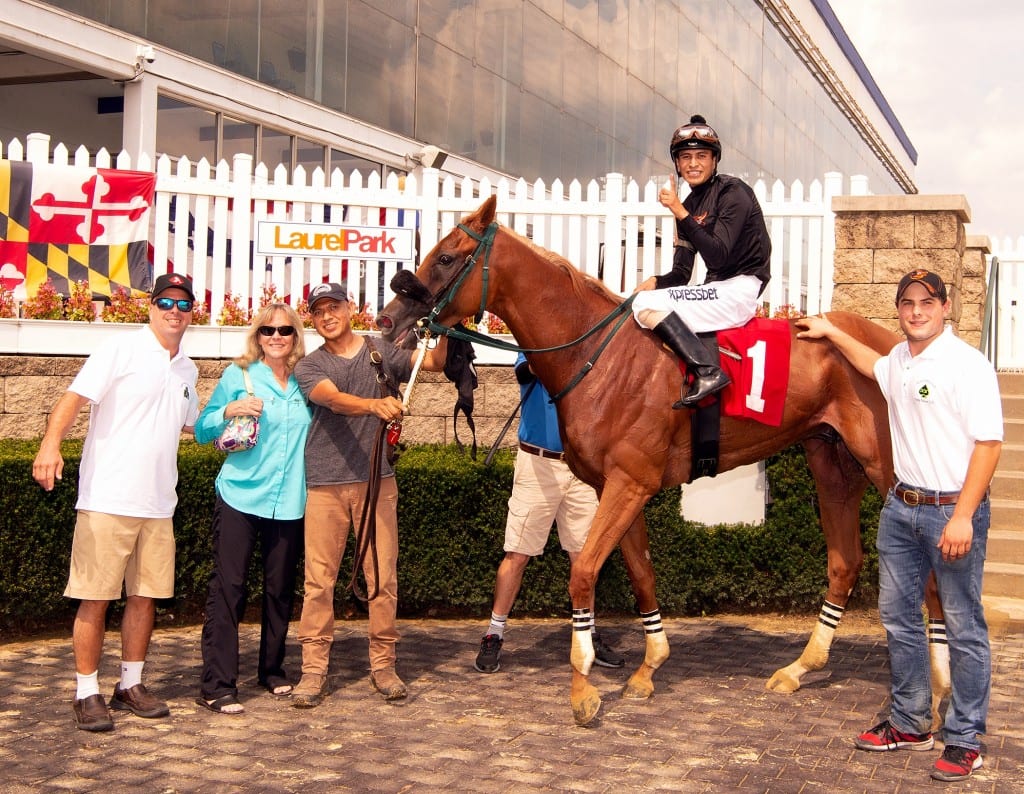 Brian McFarlane’s 3-year-old gelding Free to Trump was a gate-to-wire winner of Thursday’s fourth race to give apprentice jockey Urizar Velazquez his first career winner in his professional debut.

It was the first win from 16 career starts for Free to Trump, a son of Freedom Child based at Laurel with trainer Brandon McFarlane.

Velazquez, who turned 26 July 22 and rides with a 10-pound weight allowance, is a native of Chiapas, Mexico. He said he initially intended to start his riding career in South Florida but was sidelined by injury.

“I started riding at Gulfstream [Park] and then I stopped for two years because I got hurt,” he said. “This is my first race back, and I’m glad to be here. I’m so happy. I’m blessed. I hope to get many more winners like this.”