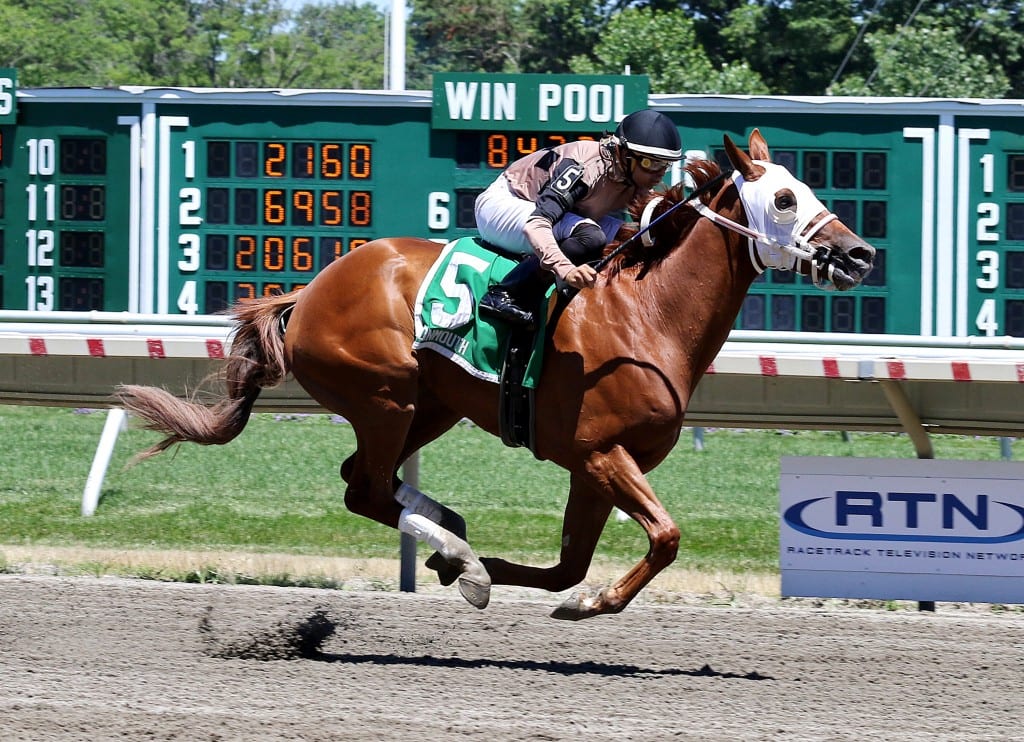 One race after winning a six-furlong allowance, Navy Commander used his sharpened speed to post a front-running, 3 1/4-length victory in the $100,000 betfair.com Long Branch Stakes Saturday at Monmouth Park.

The Long Branch, contested by three-year-olds at 1 1/16 miles on the main track, typically is a prep race for the Monmouth meet highlight, the Grade 1 Haskell Invitational in three weeks.

Under jockey Angel Arroyo, Navy Commander grabbed the early advantage and set dawdling early fractions, holding a one-length lead after a quarter-mile in 25.79 seconds and a half in 51.57. Supreme Aura, the Michael Stidham trainee who went off the 9-10 favorite, was second after a half-mile but had no answers when the running began in earnest, fading to finish a well-beaten fourth.

American Lincoln, from the powerful Linda Rice barn, turned up the heat on Navy Commander in the third quarter — that quarter went by in a fast 23.98 seconds — but couldn’t really get to the leader.

Navy Commander turned him aside and went on to the win in 1:46.66 for the 8.5 furlong trip. American Lincoln was second, and Show Me the Bucks was third — but eight lengths behind the winner in the five-horse field.

It was the first stakes win of Navy Commander’s career.

“You could have not asked for a better scenario the way this race unfolded for us. But I knew there were a couple of horses behind him that were going to test him and he came through with final colors. It’s a great compliment to be invited to the Haskell Invitational off this. We have to see if we think we’ll be competitive. We don’t enter races just for the sake of running in races. But it’s always a prestigious race and something you have to think about long and hard if you’re invited to it. You only get so many shots in a horse’s career and a 3-year-old horse’s career and sometimes you have to step out of your comfort zone and take a chance.”

“My horse broke really good. He went to the front easily and I knew down the backside that we weren’t going that fast and that I had a lot of horse. I just had to be patient with him and keep him relaxed. He had a lot left in the stretch when I needed it from him. Those slow fractions helped but he was very strong at the end, too.”