Gilpin winner Do What I Say back for title defense 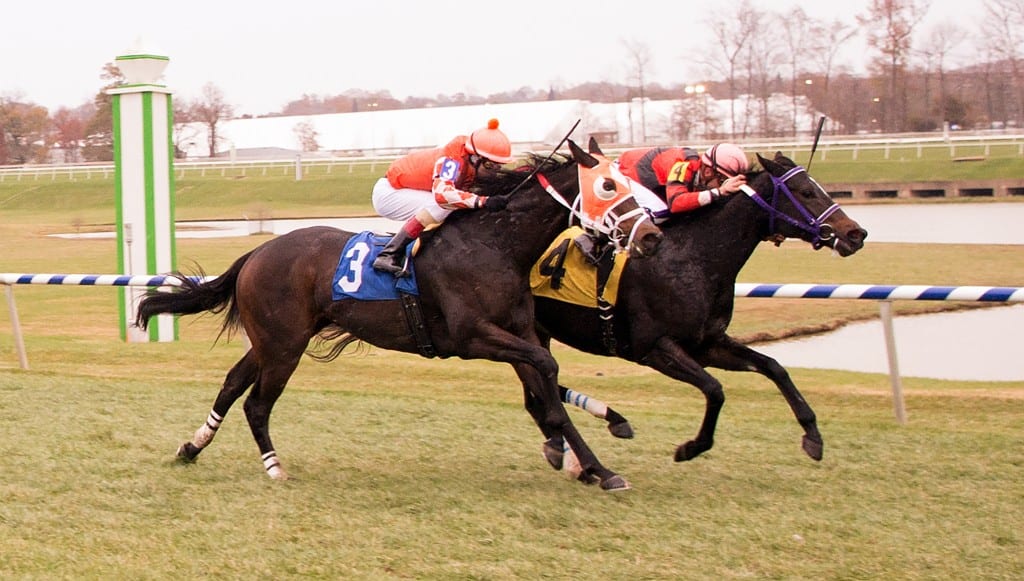 R. Larry Johnson homebred Do What I Say will break from the far outside post in a field of eight as she looks to defend her 12-1 upset last year in the $75,000 M. Tyson Gilpin.

Do What I Say, a 5-year-old daughter of Street Magician, earned her first career stakes victory in last year’s Gilpin, a race where she was steadied and lost ground but rallied from well back to win by a length. She is the 5-2 second choice on the morning line, behind the Hugh McMahon trainee Northern Eclipse (2-1).

The Gilpin will be just the second start this year for Mike Trombetta-trained Do What I Say, a rallying second in a 5 ½-furlong optional claiming allowance May 5 at Laurel, where she has a record of 2-2-2 from seven career races. Julian Pimentel rode last time and will be up again at 118 pounds.

From the barn of trainer Hugh McMahon are the experienced pair of Northern Eclipse and Up Hill Battle, who have combined to win 13 of 49 starts and $389,972 in purse earnings. Toby Roth’s Northern Eclipse, 6, won the Camptown Stakes and was second in the Oakley Stakes last summer and fall at Laurel, while Dan Limongelli’s Up Hill Battle, 5, is seeking her first turf win having run third in the Oakley and Politely Stakes last year and fourth in the Conniver Stakes on dirt March 17.

Altamura, Dixie Dazzle, Sister Says, Virginia Fable and What the Beep round out the field.