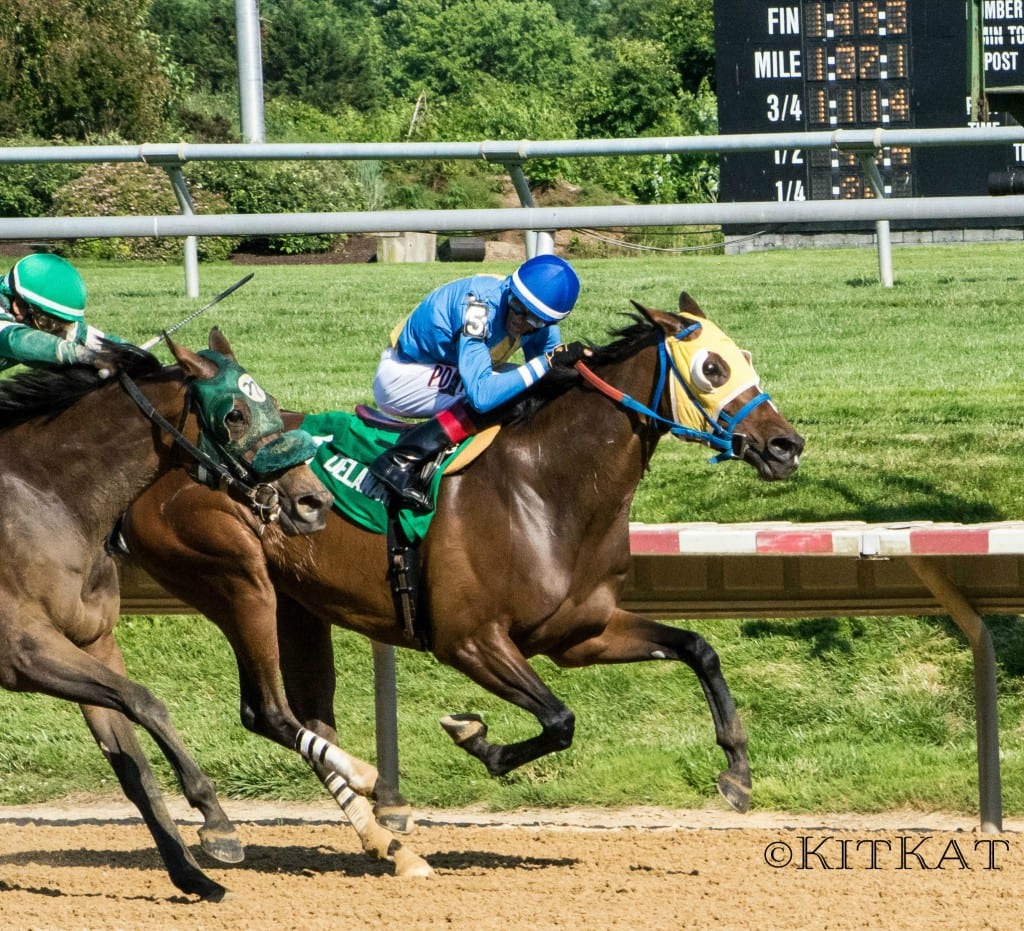 James Courtney’s Power of Snunner will be seeking a repeat victory when she faces 11 rivals in the $100,000 Obeah Stakes at Delaware Park this Saturday. The mile-and-an-eighth affair is the local prep for the filly and summer classic – the mile-and-a-quarter $750,000 Grade II Delaware Handicap on Saturday, July 14.

The race is named in honor of the two-time Delaware Handicap winner in 1969 and 1970 and the dam of the Hall of Fame filly Go For Wand who was locally owned by Jane and Harry duPont’s Christiana Stable.

Last year, Power of Snunner posted a neck victory in the Obeah Stakes. Since then, the 8-year-old daughter of Power by Far has made seven starts with victories in a pair of Pennsylvania-bred restricted races at Parx. On October 7, the Timothy Kreiser trainee won the mile-and-a-sixteenth $100,000 Plum Pretty Stakes, and on April 28, she won the seven-furlong $100,000 Foxy JG. In her most recent outing, she finished sixth in the mile-and-an-eighth $150,000, Grade III Allaire DuPont Distaff at Pimlico on May 18. She has a career record of 10 wins, 16 seconds and three thirds from 36 starts, with earnings of $637,810.

The filly to beat is Dorothy Alexander Matz’s Tequilita. The 4-year-old daughter of Union Rags has a career record of four wins, three seconds and two thirds from 13 starts, with earnings of $561,840. In her most recent, the Kentucky-bred trained by Michael Matz finished third in the one-mile, $250,000, Grade II Ruffian at Belmont Park on May 6. In her only other outing this year, she ran seventh in the seven-furlong, $300,000 Grade I Madison Stakes at Keeneland on April 7. Last year, she won the seven-furlong, $200,000 Grade II Forward Gal Stakes at Gulfstream Park and the seven-furlong $300,000, Grade III Charles Town Oaks.

Tequilita, a homebred for the Matzes, has two wins in graded company and three other placings.

Old Coach Farm’s You Know Too will be defending the home turf. The Kentucky-bred is conditioned by Michael Gorham, who has been stabling at Delaware Park for nearly two decades. You Know Too will be making her seasonal debut in the Obeah Stakes. Last year, the 4-year-old daughter by Colonel John notched a pair of allowance victories and a fourth-place finish in the Grade III Delaware Oaks at Delaware Park. Her career record is three wins and a second from 10 starts, with earnings of $128,800.

“Since day one, I have always thought she has had plenty of talent,” said trainer Michael Gorham. “She has run some big races at Delaware and because we think a lot of her, we tried some big races out of town because we believe she has the kind of talent to compete at that level. She has been ready to run for a while, I just have not been able to find the right spot because the races just did not go for her. I would have preferred to have a prep race going into this race, but that did not happen, so we are just training her up to the race, but she has been doing really good this year.”

Racing in her own backyard is an advantage for You Know Too.

“We had her stabled at Laurel during the winter, but I think she is more relaxed at Delaware,” said trainer Michael Gorham. “She has spent nearly her entire career at Delaware, she has been training over the track, and not having to worry about shipping to run are all big plusses.”

A solid effort in the Obeah Stakes could propel her into the Delaware Handicap.

“Absolutely, the Delaware Handicap is not out of the question, depending upon how she does in the Obeah,” Gorham said. “She has the home court advantage, so it makes sense.”

Stonestreet Stables’ Mannerly will be seeking her first career stakes victory. The 4-year-old daughter of Unbridled’s Song has a career record of four wins, a second and a third from 10 starts, with earnings of $163,470. In her most recent, the Kentucky-bred trained by Brendan Walsh posted a length triumph in a mile-and-a-sixteenth allowance at Keeneland on April 27. In her only other outing this year, she ran third in the mile-and-a-sixteenth $50,000 New Orleans Ladies on the grass at the Fair Grounds on March 24. Last year, she posted allowance victories at Indiana Grand and Churchill Downs.

“She is coming into the race great, and we have been really happy with her since her last start at Keeneland,” said trainer Brendan Walsh. “This year, she has gotten a lot stronger, her form has been very progressive, and I still think she has a bunch of improvement in front of her. If she does run well in the Obeah, the Delaware Handicap would be an absolute possibility. With a good strong effort, it would have to be considered.”