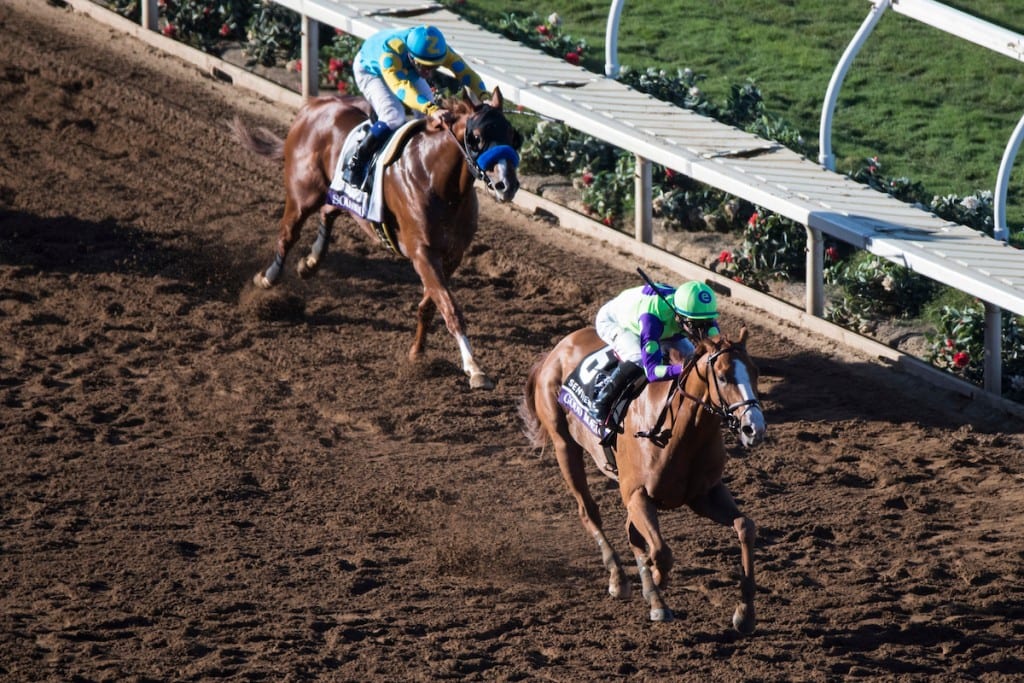 The morning after Good Magic finished 2½ lengths behind Justify over the sloppy track at Churchill Downs, Brown said he would take the colt back to his base at Belmont Park, spend a week observing how he came out of the race, consult with the owners and then make a decision.

“The horse has just been training very well since the Derby,” Brown said. “He bounced out of the race in great condition and I think he deserves a chance in the race. He’s doing great.”

Like most trainers, Brown does not typically run a horse back in two weeks, but he said Good Magic had shown him that he is ready for the Preakness.

“I think it’s a great opportunity for the horse,” he said. “I really don’t have anything else planned for him before, say, either the Haskell (G1) or the Jim Dandy (G2) anyway. That said, I wouldn’t do it just because he’s going to get a bit of a freshening. He has to be doing well, and he’s doing exceptionally well. He’s doing far better than I expected exiting the Derby. It’s remarkable to see how well the horse is moving and his energy level. He already has his weight back. He just looks great. I’m excited about it.”

This will be the fourth consecutive year that the top two finishers in the Kentucky Derby have a rematch in the Preakness. In each of the last two years, the Derby runner-up finished ahead of the Derby winner in the Preakness. Brown acknowledged that Justify presents an imposing challenge for his colt.

“It’s a tall order,” he said. “The horse is unbeaten and to a degree untested. He ran a great race in the Derby and he is clearly the horse to beat. We’re going to need to close the gap on him somehow. We’re going to need to improve. Even though our horse ran an excellent race in the Derby and earned a lot of respect from everybody, he needs to again move forward and we need to have Justify come back to us a little bit. I think that the margin that I saw between the two horses is not out of the question that we’ll be able to make up that difference.”

Good Magic, co-owned by e Five Racing Thoroughbreds and Stonestreet Farm, broke his maiden winning the Breeders’ Cup Juvenile (G1) and was voted the Eclipse Award as the 2-year-old male champion. This year, he was third in the Fountain of Youth (G2) and won the Blue Grass (G2) prior to the Kentucky Derby. e Five purchased Good Magic for $1,000,000 as a yearling at Keeneland and subsequently sold a 50 percent share to Stonestreet, which bred the colt.

Brown, 39, has won the Eclipse Award as the champion trainer the past two years. He won the 2017 Preakness with Cloud Computing in his debut in the race.

Good Magic is scheduled to ship to Baltimore on Monday and will gallop on the track Tuesday morning.