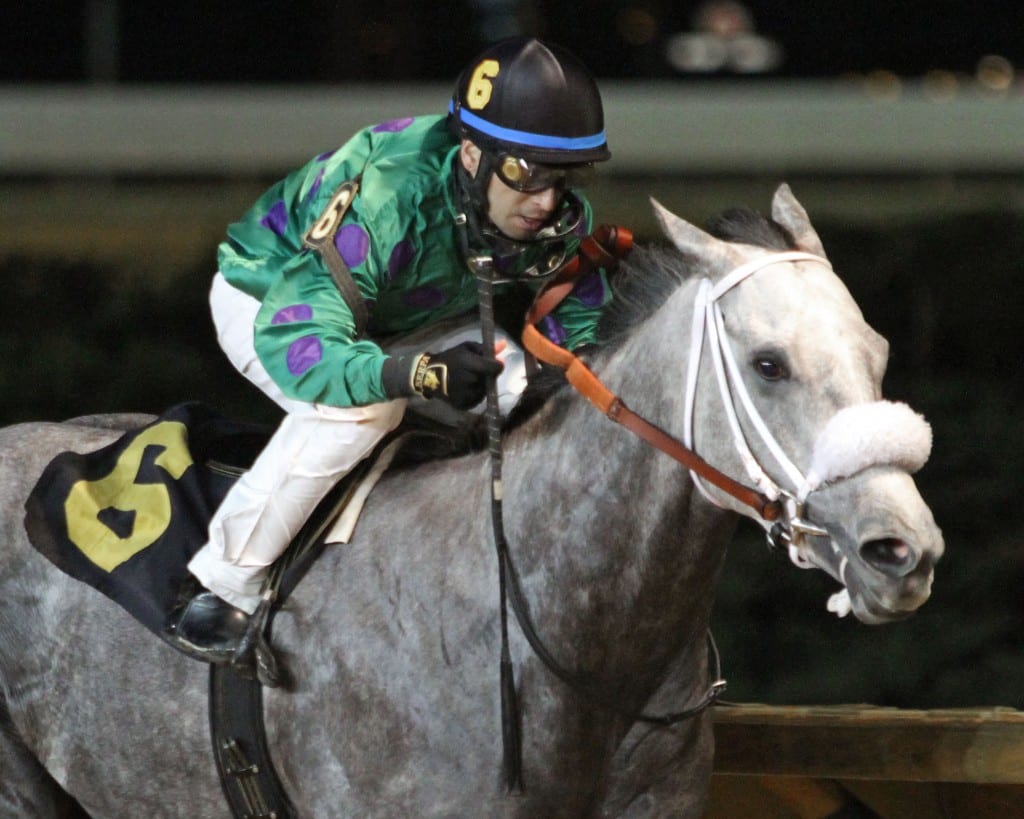 For trainer Lela Hanagan — whose 2018 already was the best year of her training career — the season got a lot better Saturday night at Charles Town Races when her trainee Court Date outslugged his rivals to win the $50,000 It’s Only Money Stakes for West Virginia-breds three and up going 4 1/2 furlongs.

It was the first stakes win of Hanagan’s training career, which began in 2015.

“The big boy!!!!” she wrote on Facebook, with several heart emojis, above a collage of pictures of Court Date.

Court Date, a Fiber Sonde gelding out of the Tiger Ridge mare Sensationalism, now has four wins and $80,846 in earnings from seven career starts. It was the first stakes win for Court Date, who is a homebred for Hanagan.

With Gerald Almodovar in the irons, Court Date, a credible sixth last out in the seven-furlong Lucy’s Bob Boy Stakes, broke alertly to participate in a four-way early scramble for the lead. After a quarter-mile zipped by in 22.21 seconds, Court Date owned a head advantage with George Town Cat, Eutaw Street, and 3-5 favorite Aaron’s Tap all within a neck of the lead.

Rounding the turn, Aaron’s Tap was put in tight as George Town Cat drifted in a bit, causing Arnaldo Bocachica aboard the favorite to hit the brakes. Aaron’s Tap never regained momentum and faded to sixth ultimately.

That left the top trio to sort it out, and George Town Cat soon tired. Hitting the stretch, Court Date asserted himself, opening a one-length lead leaving the furlong grounds, and that was the margin at the wire, with Eutaw Street, making his seasonal debut, holding second. Longshot Last Plunge rallied late for third.

Nine-year-old Greenway Court, who won last year’s edition of the It’s Only Money and had won four of the previous five, was never much involved and ended up fifth, beaten nearly four lengths.

For Hanagan, who had never previously won more than one race in a season or posted more than $20,000 in purse earnings, Court Date has spearheaded the best season of her career. She now has six wins from 22 starts this year — three by Court Date — and $99,823 in earnings to date.