Limited View: Connections on fence for next start 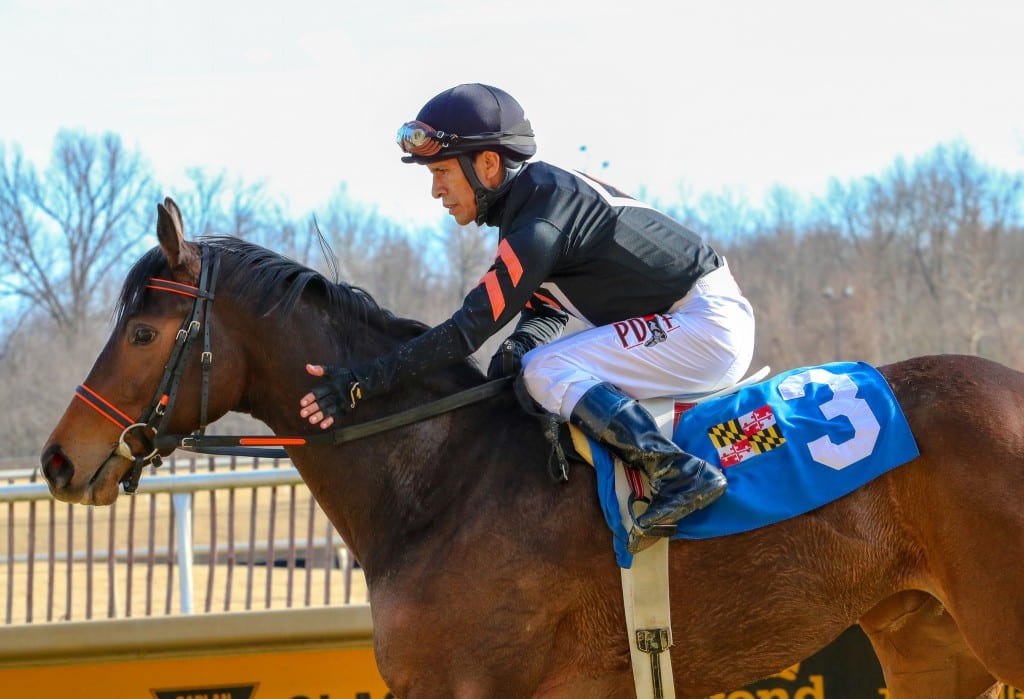 Multiple stakes-winning Maryland-bred 3-year-old filly Limited View breezed four furlongs in 45.40 seconds Saturday at Laurel, the fastest of 59 horses at the distance, in preparation for her next start March 17.

The question is, what will her next start be?

Trainer and co-owner John Salzman Jr. nominated the daughter of Freedom Child to both the $100,000 Beyond the Wire for sophomore fillies at one mile and the $75,000 Conniver at seven furlongs for state-bred females 3 and up, two of five stakes worth $450,000 in purses on the St. Patrick’s Day program.

It was the third work for Limited View since capturing the six-furlong Marshua Stakes Jan. 27 in her 3-year-old debut.

“She went really good. She does it so easy,” Salzman said. “We’re going to enter in both spots. I’m not all hyped up to run against older fillies and mares this early in the year but there’s some tough horses in the 3-year-old filly race, too. I’ll look at both races and talk to [jockey] Edgar [Prado] and see what he thinks. I’m leaning toward the 3-year-old fillies naturally, but if something happens and the other race came up a little lighter, it’s not out of the question that I run her against the older fillies.”

Limited View won the Maryland Million Lassie and Maryland Juvenile Championship at 2 before ending her juvenile season finishing off the board in the Gin Talking Stakes Dec. 30.