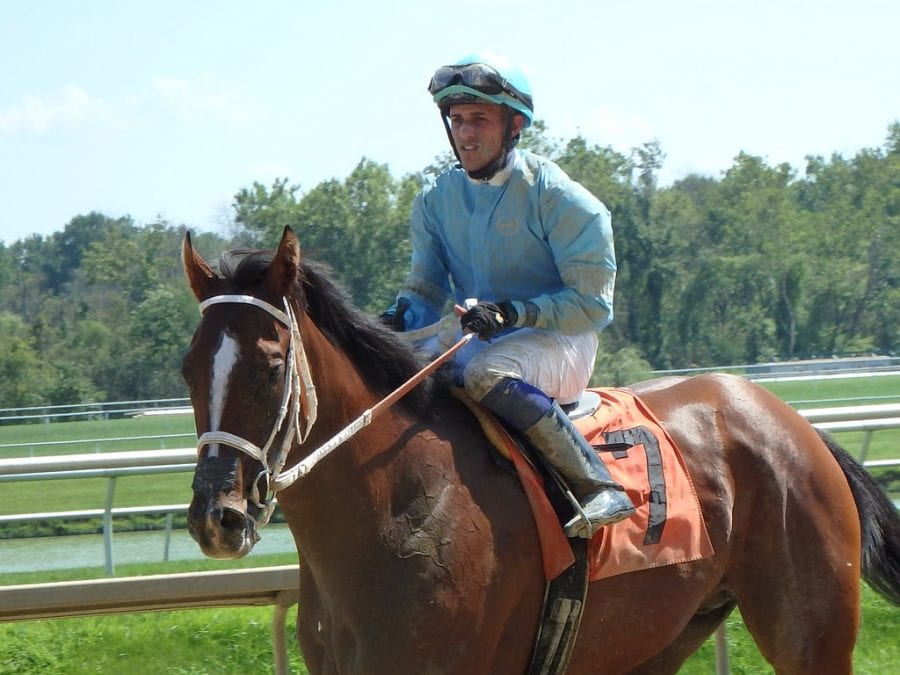 Jockey Jevian Toledo, sidelined since a January training accident, has been given the all-clear to resume riding.

Toledo received his all-clear letter from Dr. Eugene Young Koh of the University of Maryland Orthopaedics. He shared the letter on Twitter.

Toledo was injured when a horse he was working fell. He suffered what the doctors believed was whiplash, as well as compression fractures of the T7 and T8 vertebrae in his middle back and a punctured lung.

Toledo’s agent, Marty Leonard, said via text message that Toledo planned to “get on a couple” of horses in the morning Tuesday and Wednesday mornings. At that point, the team will make a determination as to the next steps.

Leonard said that the rider had not been meaningfully limited by the injuries and thus had been able to remain in “pretty good shape.” He said that if all went according to plan, Toledo might be back riding races as early as this coming weekend.