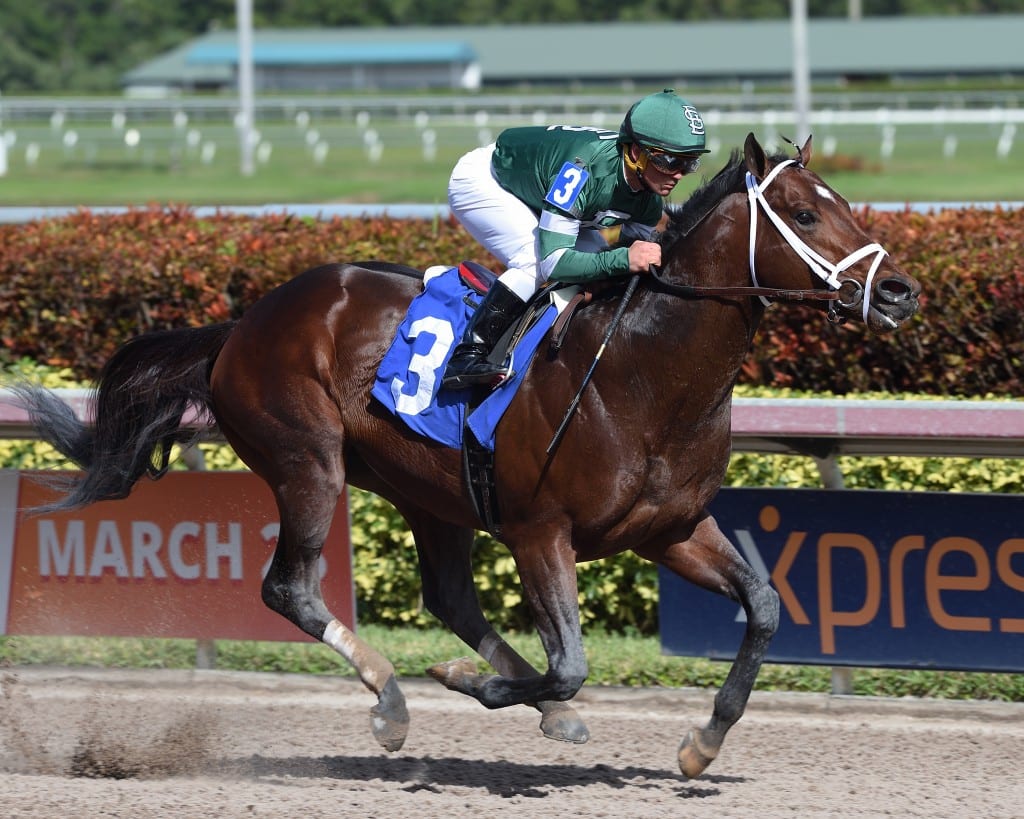 St. Elias Stable’s Army Mule, racing for the first time off his debut romp nine months earlier, returned with an equally impressive performance in the Wednesday feature at Gulfstream Park.

By the Maryland-based sire Friesan Fire, Army Mule was bred in Pennsylvania by Hope Hill Farm.

Today, facing four rivals that had combined to make 103 previous starts, an average of more than 25 apiece, Army Mule was off slow at the start but moved into contention along the rail under Hall of Fame jockey Javier Castellano. They swung wide on the turn and was ahead by 1 ½ lengths at the head of the stretch before opening up down the lane under a hand ride.

“He’s a special talent,” trainer Todd Pletcher said. “He broke a little slow, [being] a little rusty first time off the layoff, but recovered quickly and put himself in a beautiful spot and won impressively in a fast time and seemed to be doing it well in hand.”

Army Mule was purchased for $825,000 as a 2-year-old in training in May 2016 but didn’t make his debut until last April, rolling to an 8 ½-length triumph over older horses going 6 ½ furlongs at Belmont Park.

“We had a little time off after that race and started taking a conservative approach so hopefully the owner’s patience will pay off down the road,” Pletcher said. “The sky’s the limit if he stays healthy.”

Pletcher said he would look at a one-turn stake for Army Mule’s next start. A possibility is the $300,000 Gulfstream Park Mile (G2) for 4-year-olds and up on the $1million Florida Derby (G1) undercard March 31.

“I think next time we’ll likely jump into a stake,” he said. “We’ll try to figure out which one that is after we see how he bounces out of this one.”