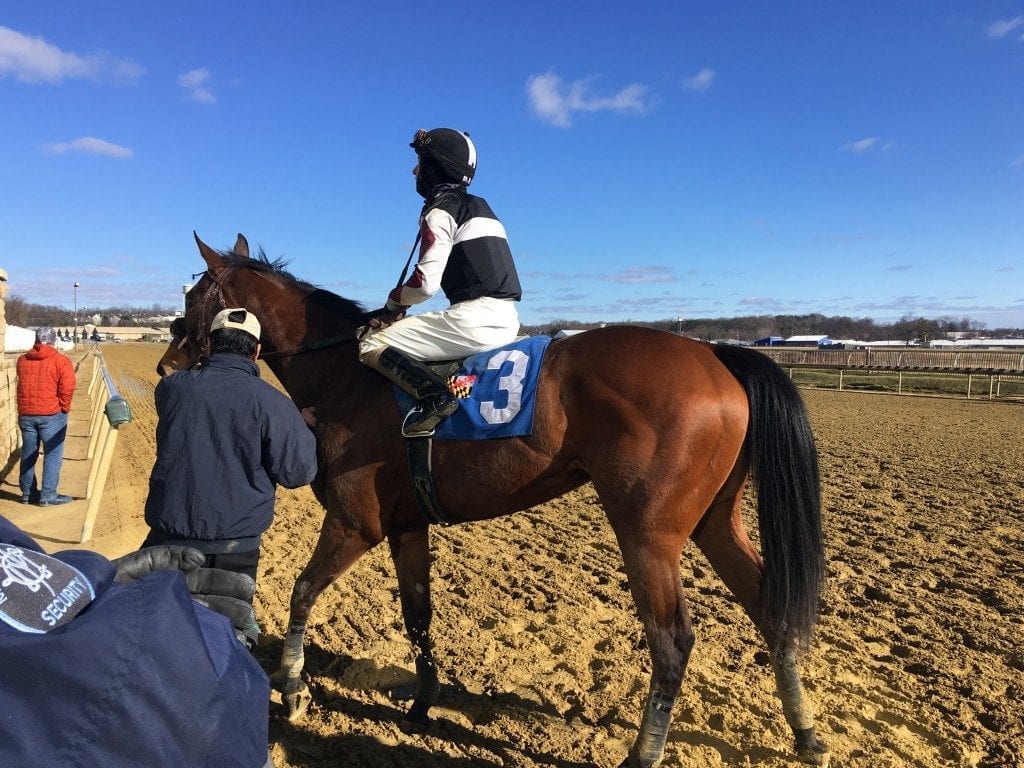 The Sagamore Farm operation continues to produce promising youngsters, and now you can add Dictate Cool to the list.

The newly minted three-year-old made her career debut Saturday afternoon, January 13, at Laurel Park and did it professionally, overcoming a bit of trouble to post a 1 1/4-length victory in a $40,000 maiden special weight.

In so doing, she became the 10th horse conditioned by farm trainer Horacio DePaz to win a maiden special weight at first asking in the last two years.

“She was doing great (coming into the race),” assistant trainer Lazaro Cruz said post-race. “We were hoping she would run to the way she had been training.”

Under jockey Steve Hamilton, Dictate Cool was in a bit close leaving the starting gate and found herself fifth in the six-horse field in the early going, some 5 1/2 lengths from early leader Rumor Ridge, who guided the field through a 23.07-second opening quarter-mile of the 5 1/2-furlong test.

Hamilton guided the Curlin filly to the outside approaching the head of the lane, and she kicked on nicely to pull away for the win. Rumor Ridge, with Elvis Trujillo up, held second, 3 1/2 lengths clear of Finding Perfection in third. Running time for the sprint was 1:05.87, and Dictate Cool, the odds-on favorite, returned $3.40 to win.

Dictate Cool, a Maryland-bred, is the latest product of the Sagamore breeding operation. A daughter of Curlin, she is out of another Sagamore homebred, the talented Candy Ride mare Walkwithapurpose, by Broad Brush. Walkwithapurpose won five of seven career starts, earning nearly $300,000 and winning three stakes in her career.