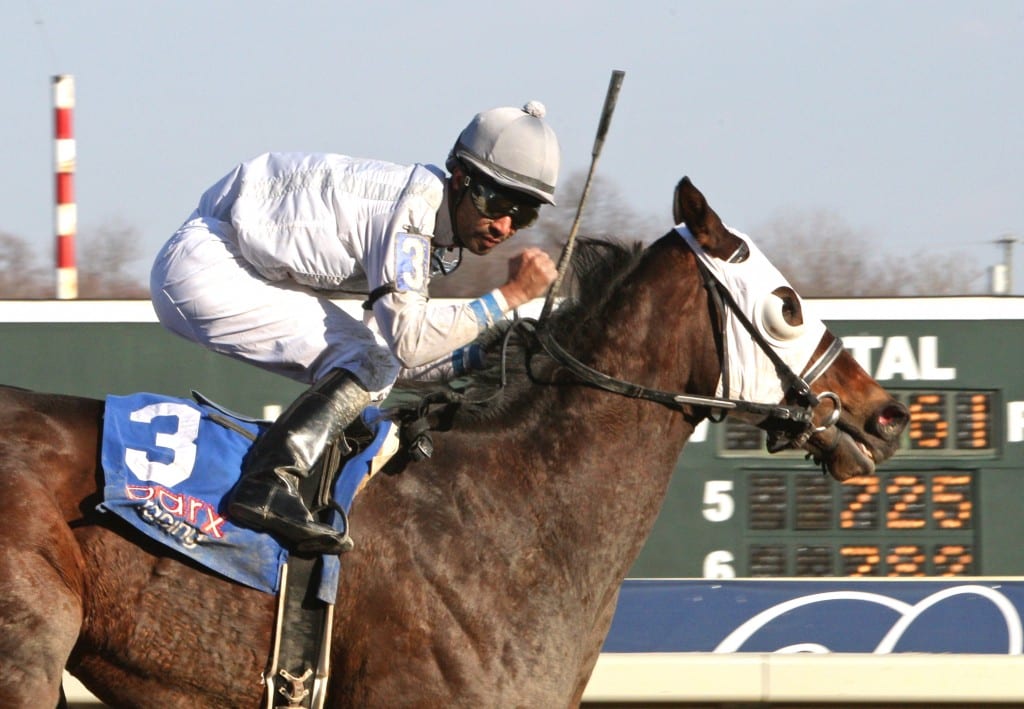 Jockey Kendrick Carmouche crept to within one win of the 3,000-victory mark with a score Monday at Parx Racing, and Tuesday he zoomed right past it.

Carmouche hit the milestone in race four at Parx, aboard Good Save, and then shot right past it in race five, when he piloted True to His Word to victory.

Now 33, Carmouche has been based for much of his career at Parx Racing, these days splitting time between there and the New York tracks. In fact, in the last seven days he’s raced, he’s spent four of them at Aqueduct and three at Parx.

Carmouche, a native of Louisiana, has won 20 graded stakes in his career, four of them this year. Two of his graded victories this year — and four overall — have come aboard the Christophe Clement trainee Pure Sensation. This year, the duo took a pair of Grade 3 events at Parx, the Parx Dash and the Turf Monster.

Carmouche has had a remarkably consistent career. After winning 32 times in 2000, he won 146 races the next year. He hasn’t won fewer than 108 times in a single season since, and 2017 is his 11th consecutive year with at least $5 million in purse earnings.

Tuesday at Parx, he finished second in the third race of the day aboard Ruby Bleu before reaching the milestone one race later. Carmouche tucked Good Save in nicely behind the early speed duel before moving the Kathleen DeMasi trainee out for clear sailing en route to a three-length triumph.

With the two wins today, Carmouche moves past Darrel Madden into 175th place among jockeys by wins all time. Next up, at 3,032, is Ron Turcotte.