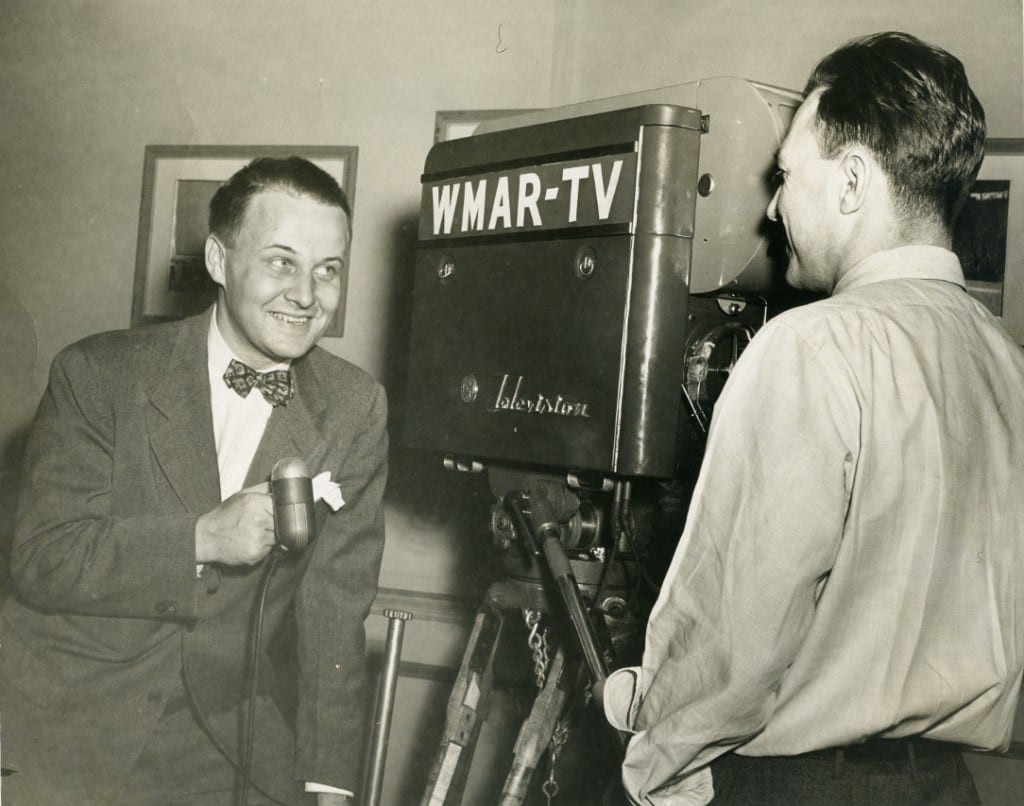 The late Jim McKay, beloved by millions as the host of ABC’s “Wide World of Sports” and a champion of horse racing in Maryland, is the subject of an exhibit showcasing his life at the Hays-Heighe House at Harford Community College in Bel Air through January 12.

“The Wider World of Jim McKay” exhibit chronicles McKay’s life from his Philadelphia childhood through his early journalism career and into his national and international work. His reporting on equestrian sports is one of the highlights in addition to his international reporting. Guest curator of the exhibit, Maryanna Skowronski, worked closely with McKay’s family and friends, who provided photos, memorabilia and stories of his personal life and of his career.

James McManus, better known to the public by his broadcast name, Jim McKay, was a transplanted Philadelphian who came to Maryland at the beginning of his high school career. He attended Baltimore’s Loyola High School and Loyola College before serving in the United States Navy during WWII. After leaving the service he returned to Baltimore where he began his journalism career.

His coverage of horse racing began in Baltimore in November 1947 with live reporting from Pimlico Race Course, the first live television broadcast in Baltimore. It was here that his love affair with racing began.

He would also cover racing in England, and from 1977-2000 he broadcast the Kentucky Derby, Preakness and Belmont for ABC.

His local beginnings prepared him for his move to New York where he worked in a variety of local and nationally broadcast programs before making his move to ABC’s “Wide World of Sports” as the host of that iconic program.

McKay also served as the anchor host for the international broadcasts of 12 Olympic Games. His dignified coverage of the 1972 Munich Games and the massacre of the Israeli athletes would become a focal point of every biography and article written about him throughout his life.

He is also the founder of the Maryland Million, a one-day stakes program offering purses totaling $1 million and featuring the nominated progeny of nominated stallions standing in the state.

The award was accepted by McKay’s family, including his daughter, Mary Guba; son, Sean McManus (chairman of CBS Sports); and grandson, James Fontelieu. Bill Boniface from Bonita Farm, a trainer and friend of McKay, shared remarks about his late friend.

The award was presented by the Hays-Heighe House, a public history site located at Harford Community College. The Hays-Heighe House was the centerpiece of Robert and Anne Heighe’s 225-acre Prospect Hill Farm (headquarters of their Thoroughbred breeding and racing operations) from 1921-53.