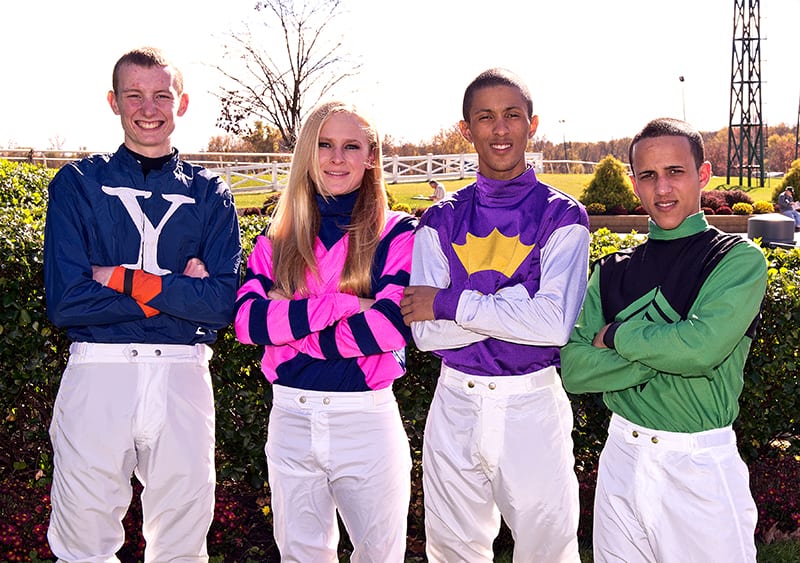 A pair of injured jockeys received — and shared on social media — good news about their futures this past week.

Trevor McCarthy, 23, and Victor Carrasco, 25, both were told by doctors this week that they could take the next step in their recoveries from injury.

Got the A ok to start getting back on horses! Hopefully in a few more weeks I’ll be back riding races! Thank you everyone for your support! ????? pic.twitter.com/tDdbsSHt9i

“Got the A ok to start getting back on horses!” McCarthy tweeted December 5. When he does, it will mark his first time on horseback since May, though he is not expected to ride races until the new year.

McCarthy, a Delaware native and the son of former jockey Mike McCarthy, was injured June 21 in a spill at Monmouth Park. His mount, Skip the Talk, fell after trying to jump a fallen rival, and McCarthy landed awkwardly, injuring his shoulder. The race was declared no contest.

McCarthy underwent successful surgery in mid-June. He revealed to The Racing Biz  in November that he intends to shift his base of operations — which has been Maryland and the mid-Atlantic region to date — to New York upon his return. He has 1,006 wins in his career and nearly $31 million in purse earnings.

“[T]he more I thought about it, the more it made sense to make the move now,” he said. “It’s every jockey’s goal to get an opportunity to be among the elite…”

Carrasco, who grew up in Puerto Rico and now lives in Maryland, told the Twitterverse he would be getting back on his feet after a scary injury in September.

Carrasco and jockey Jose Ferrer were injured in a nasty five-horse accident at Delaware Park. The mishap occurred during a turf race September 14. Carrasco’s mount Really had the lead into the far turn of a one-mile claimer on the turf when she stumbled and fell over wet grass, triggering a five-horse pileup.

Carrasco had surgery the following day to repair multiple fractures to the fibia and tibia of his right leg. Surgeons inserted a rod in the leg to stabilize it.

Carrasco won the Eclipse Award for outstanding apprentice jockey of 2015 after a season in which he won 215 races. He has posted 833 wins in his career with purse earnings of more than $22 million.