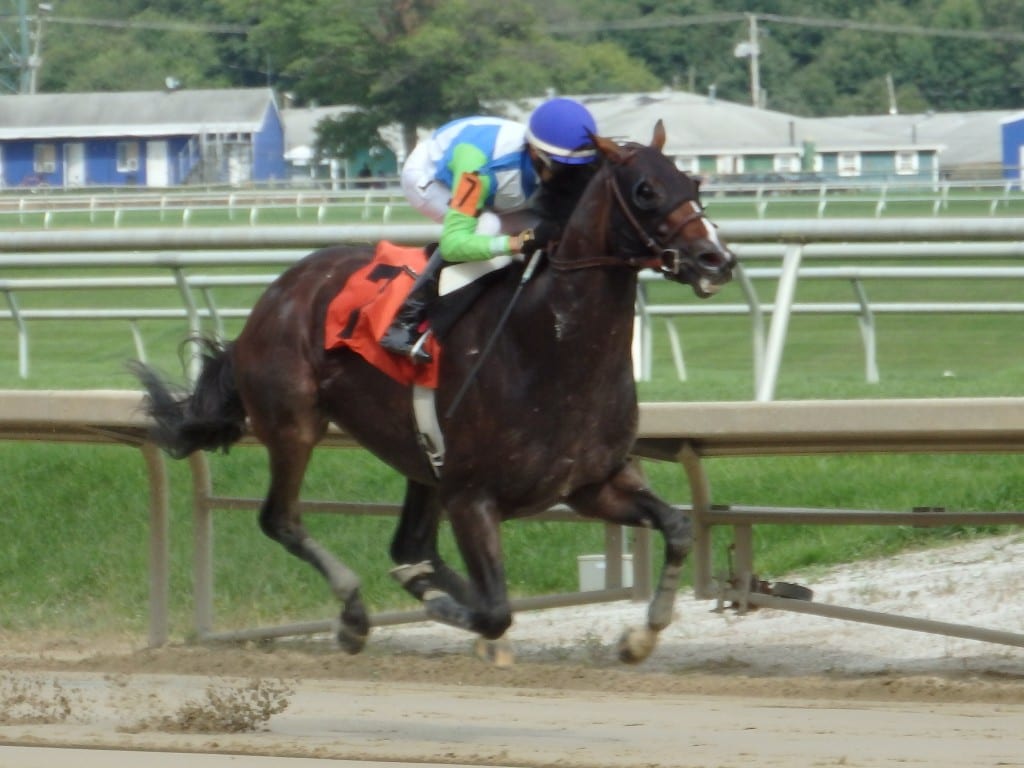 Divining Rod was much the best in August’s $75,000 Polynesian Stakes at Laurel Park. Photo by The Racing Biz.

From a Country Life Farm release

Grade 3 winner Divining Rod, who also was Grade 1-placed, will stand at stud at Maryland’s Country Life Farm in 2018, the farm announced Monday.

Divining Rod, now five, enjoyed his most productive season at three. That year he won the Grade 3 Lexington Stakes at Keeneland and finished in the trifecta in four other graded events. The most prominent of those was the Grade 1 Preakness, in which he was third behind American Pharoah. Divining Rod earned more than $500,000 that year.

Divining Rod will be owned by a partnership of Country Life Farm, Antony Beck’s Gainesway Farm, and Roy & Gretchen Jackson’s Lael Stables. Lael campaigned the homebred son of Tapit throughout his racing career. The partners have pledged to support Divining Rod with mares and in the sales ring.

Divining Rod’s dam is three-time Gr. 1-winner Precious Kitten, a half-sister to Leading Sire Kitten’s Joy and an earner of $1,912,543 in her 25-race career. Gainesway Farm, where the legendary Tapit stands, will be sending 10 mares to Divining Rod for each of the stallion’s first four years at stud. Country Life is breeding a dozen mares, and the Jacksons have pledged their support both in the stud and in the sales ring for his offspring.

Divining Rod won at first asking to start his career. His best result following his three-year-old season came in an at-the-wire defeat in last year’s Grade 1 Cigar Mile. In addition to that effort, he ran second to 2017 Cigar Mile winner Sharp Azteca in the Gr. 2 Kelso Handicap this past September. He also won the Polynesian Stakes at Laurel Park in August 2017.

He finished in the money in 14 of his 17 races for trainer Arnaud Delacour, and earned $882,604. No other son of Tapit at stud has such an accomplished mother. His dam Precious Kitten, besides being a half-sister to the leading turf sire Kitten’s Joy, won a half-dozen graded stakes, including a trio of Grade 1 events.