Fasig-Tipton mixed: “Something for everyone” 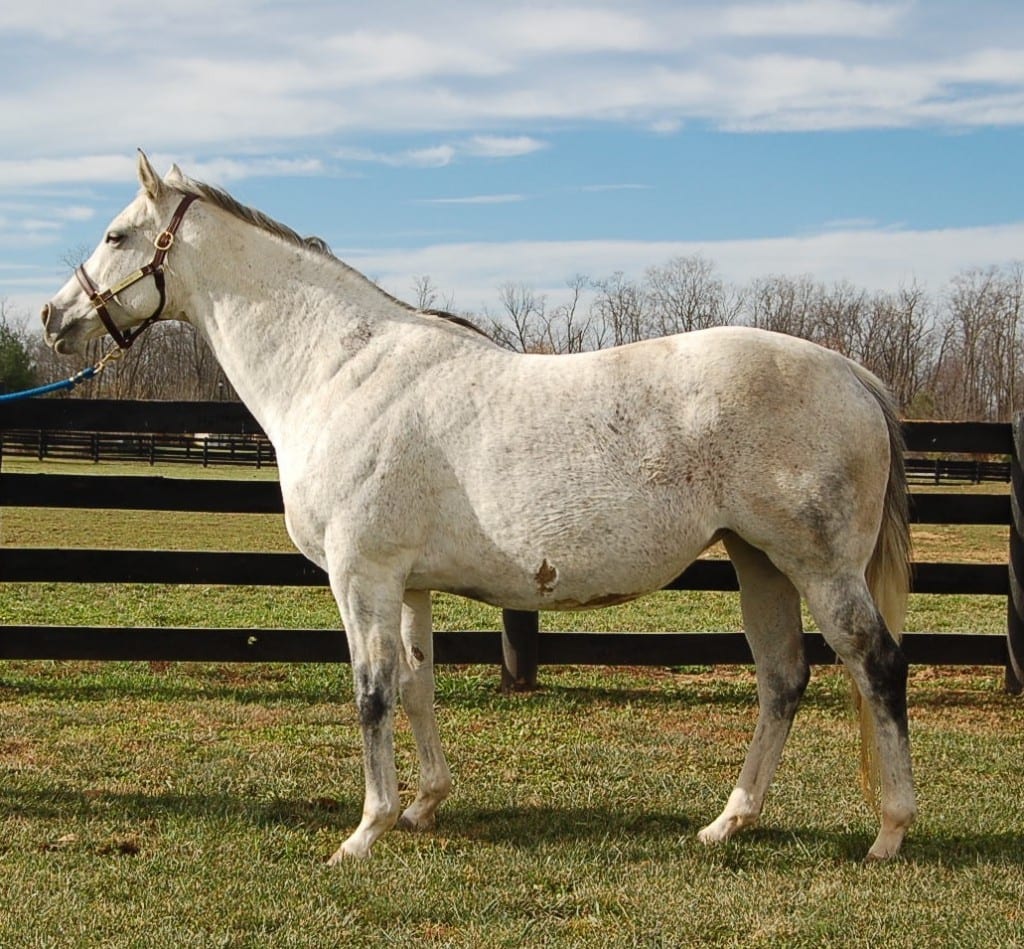 Returning to its December spot on the calendar and featuring an expanded catalogue with a Horses of Racing Age supplement, Fasig-Tipton’s Midlantic Mixed Sale offers something for every buyer.

Scheduled to commence at 11 a.m. December 5 at the Timonium fairgrounds, the sale has an upgraded selection of broodmares, weanlings, yearlings, and horses of racing age, for a total of 309 horses.

“We’re very excited about this catalogue,” said Midlantic Director of Sales Paget Bennett. “We listened to our consignors and they wanted to move the sale date from January back to December. And they have supported us with quality entries.

“We have broodmares in foal to top Kentucky sires, and well-bred mares that have produced runners,” she continued. “And our horses of racing age supplement contains some very nice racing or broodmare prospects, including some mares from the SamSon Farms family.”

Maryland-breds dominate the catalogue, with 106 offerings. Of the other regional states, there are 34 Pennsylvania-breds, 12 West Virginia-breds, 10 Virginia-breds and nine from New Jersey.

“People will see that they can buy and sell a good horse in Maryland,” said Bennett.

Horsemen looking for horses ready to run have 71 horses of racing age to choose from, plus 10 racing/broodmare prospects.

“This is one of the strongest catalogues I’ve seen for the December Mixed Sale, and kudos to Paget (Bennett) and the staff for putting it together,” said Pennsylvania-based consignor Clovis Crane, who is selling 38 head.

Crane’s consignment consists of 34 horses from the dispersal of the late Dr. Harry Weisleder, and four from leading Pennsylvania owner Joe Besecker.

“Dr. Weisleder enjoyed the game so much,” said Crane. “We had partnered on horses since I started training on my own, and we’d been together for more than a decade. His goal was to make money with the horses we acquired, and he took great pride in knowing what to look for at a sale.”

Weisleder, a dentist who lived in Linglestown, Pa., passed away Nov. 6 at age 72.

Among the horses of racing age in the Weisleder dispersal is Hip 256, the 3-year-old Grasshopper colt Carradine, who has placed twice in stakes in New York, earning more than $150,000. His dam, Summer Moon (Hip 218), by Maria’s Mon, is also catalogued.

“Summer Moon is a beautiful, big gray mare and she’s in foal to Bodemeister,” said Crane, who added that all the Reisleder horses are selling without reserve.

Crane’s weanlings include Hip 221, a Pennsylvania-bred Maclean’s Music filly and the first foal of the Hard Spun mare Spinning Looks, as well as Hip 222, a Shackleford filly named The Marge, out of the Successful Appeal mare Thicket, who earned more than $100,000.

Morgan’s Ford Farm is offering the dispersal from the estate of the late Elizabeth “Binnie”  Houghton (Buckingham Farm), consisting of three broodmares and five weanlings. Among them is Hip 88, the young Bluegrass Cat mare Lovingly, who is in foal to Flat Out, one of the top freshman sires of 2017. Lovingly is out of the multiple stakes winner For Kisses. Her weanling filly by Include (Hip 183) is also consigned.

Maryland-based consignor Bill Reightler said he’s excited about his 47-horse contingent, which he said is one of the best he’s offered at the December Mixed Sale.

Reightler noted Hip 42, Belle Ete, a young Summer Bird broodmare in foal to Carpe Diem, that he expects to be popular.

“She should be one of the top mares in the sale,” said Reightler. “She’s a young, very attractive chestnut with a commercial pedigree.”

Four mares from Spendthrift Farm are in Reightler’s consignment, all in foal to Super Ninety Nine, including Hip 24, Taconic Victory, who is a half-sister to Grade 1 winner and millionaire Sand Springs. For more on the Reightler consignment, click here.

One stallion also catalogued – Greek Sun (Hip 102), a 16-year-old who is the sire of 20 winners to date, from Marshall Silverman, agent. Etched originally was entered in the catalog but now is out.