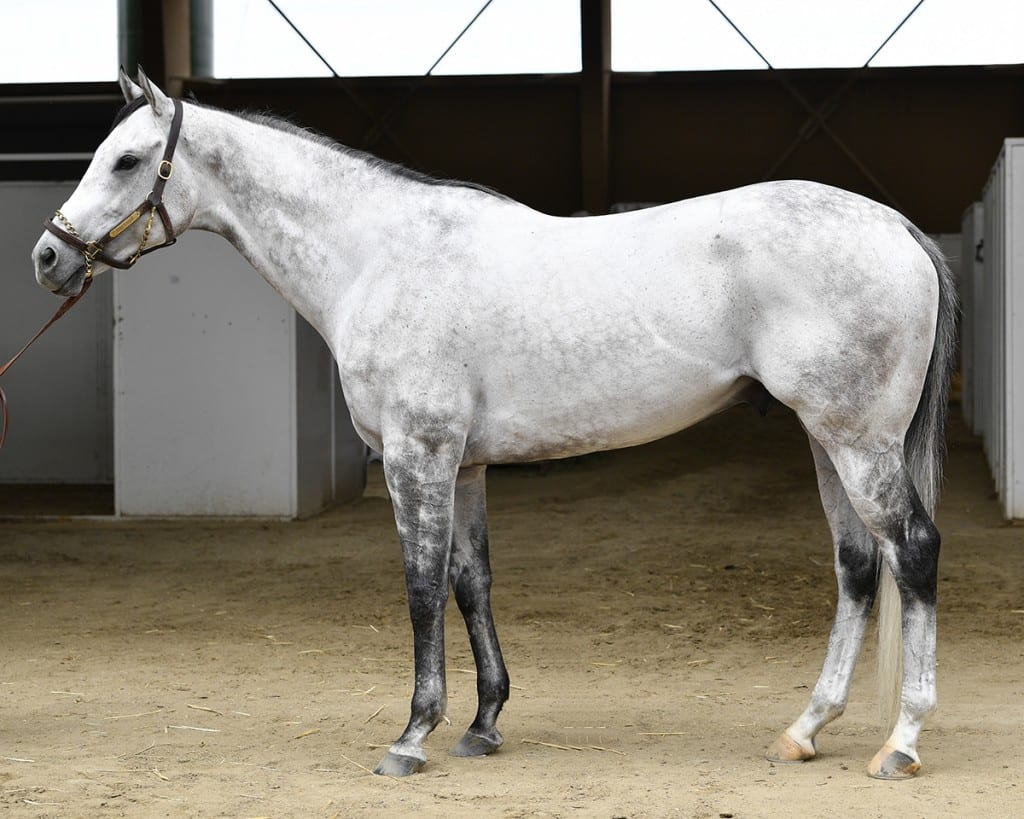 From a Bonita Farm release

Kobe’s Back, a multiple graded stakes-winning millionaire sprinter and first son of Flatter to stand in the Mid-Atlantic region, has arrived at Bonita Farm in Darlington, Md., to stand at stud for the 2018 season. The 6-year-old gray will command a $3,000 stand and nurse fee, property of CRK Stable LLC.

One of the best performers for Flatter – whose runners include 2017 top-ranked 3-year-old West Coast – Kobe’s Back earned $1,116,595 from 26 starts. Based in California for Lee and Susan Searing’s C R K Stable, with trainer John Sadler his first two seasons and Peter Eurton the remainder of his career, Kobe’s Back competed exclusively in stakes company.

Over five seasons, he accounted for five stakes wins and eight stakes placings, all but one of those in graded company.

Kobe’s Back’s first graded win was his first start at 3 in the Grade 2 San Vicente at Santa Anita, winning by 5 1⁄4 lengths while completing 7 furlongs in 1:21.84. He won Keeneland’s 7-furlong Commonwealth Stakes-G3 in 1:22.16 at 4 and recorded his best season at 5 with back-to-back scores in the Palos Verdes and San Carlos, both Grade 2 stakes at Santa Anita.

His Grade 1 placings were a second in the 6-furlong Santa Anita Sprint Championship Stakes-G1, in which he rallied after trailing by more than 16 lengths to miss by a neck, and thirds in the Bing Crosby and Triple Bend, the latter to Eclipse Award sprint finalist Lord Nelson.

A half-brother to graded stakes-winning sprinter Well Spelled, Kobe’s Back is out of the Well Decorated mare Well, from the family of graded stakes winner and sire Notation.

Flat Out, the first graded stakes-winning son of Flatter to stand at stud with foals of racing age, is a top-10 freshman sire in 2017.