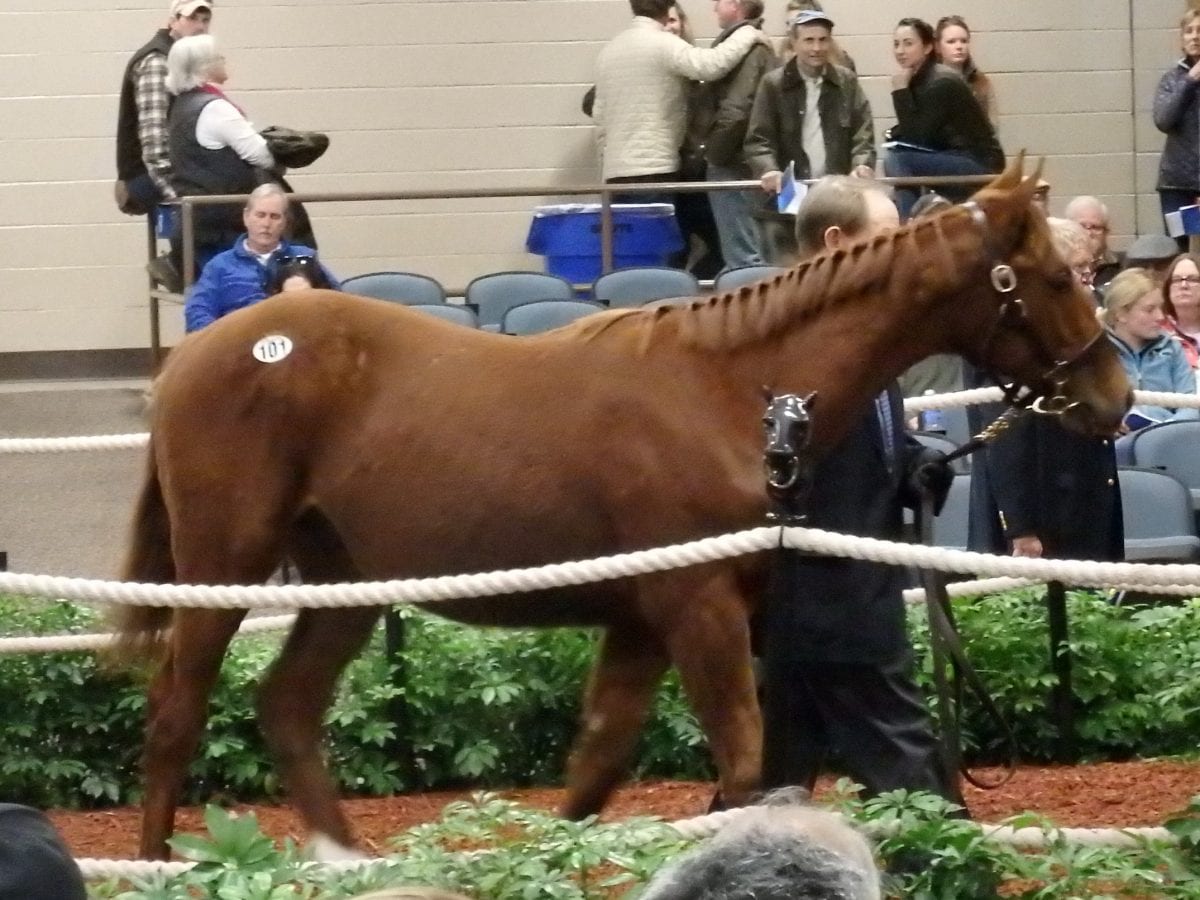 A yearling colt by Curlin topped the January 2016 mixed sale. Photo by The Racing Biz.

Got a racehorse that still has some run left in him but doesn’t fit your racing program?

Looking to pick up a ready-to-run horse that can get in the starting gate right away?

If you answered yes to either of these questions, then Paget Bennett wants to see you in Timonium December 5.

Bennett, the sales director for Fasig-Tipton Midlantic, is knee-deep in planning the company’s Winter Mixed sale, coming up next month, and she says that there are two key differences between this sale and the most recent mixed sale.

“We have moved the sale back to our traditional December date, and have a quality catalogue of mares, weanlings, yearlings, and stallion prospects,” she says.

And second: she and the company are looking to bolster the horses of racing age segment of the sale. To that end, they’ve given the segment its own supplement, which has not yet been published. In fact, entries are still being taken up until November 21.

“Why not do this in Maryland?” Bennett says the company asked itself.

The sale — serving the regional mid-Atlantic market — is in some ways  uniquely well positioned to push the horses of racing segment of a mixed sale.

For one thing, the region is home to a bevy of racetracks, each with its own characteristics. Turf horses and dirt horses all can find a spot to run in the mid-Atlantic. In fact, even though the country’s synthetic track experiment has largely run its course, one of the few remaining tracks with such a surface is Presque Isle Downs, near Erie, PA. And there’s action for horses of every quality level, from the lowest-level claiming horses to hard-hitting allowance and stakes runners.

What’s more, the region is also home to a vibrant steeplechase community, and plenty of flat runners have found productive second careers over the jumps.

“I feel like we have something that could work for everybody,” says Bennett.

Horses of racing age need to be at least two years old, but they need not have raced. They often run the gamut from unraced two-year-olds to lightly raced maidens to veterans that don’t fit a particular owner’s racing program. Sometimes they’re turf horses with owners who aren’t gong south for the winter and don’t want to carry the expense of a horse not racing for four months. And sometimes they come as part of a dispersal sale.

The sale will begin on December 5 at 11:00 a.m. The catalog for the sale as a whole is already available online at the company’s website.

The first group of horses of racing age are expected to go up online late next week.

“We’ve had people there in recent years ready to buy horses of racing age, and we just didn’t have enough horses for them,” Bennett says.

Now, she hopes, they will.