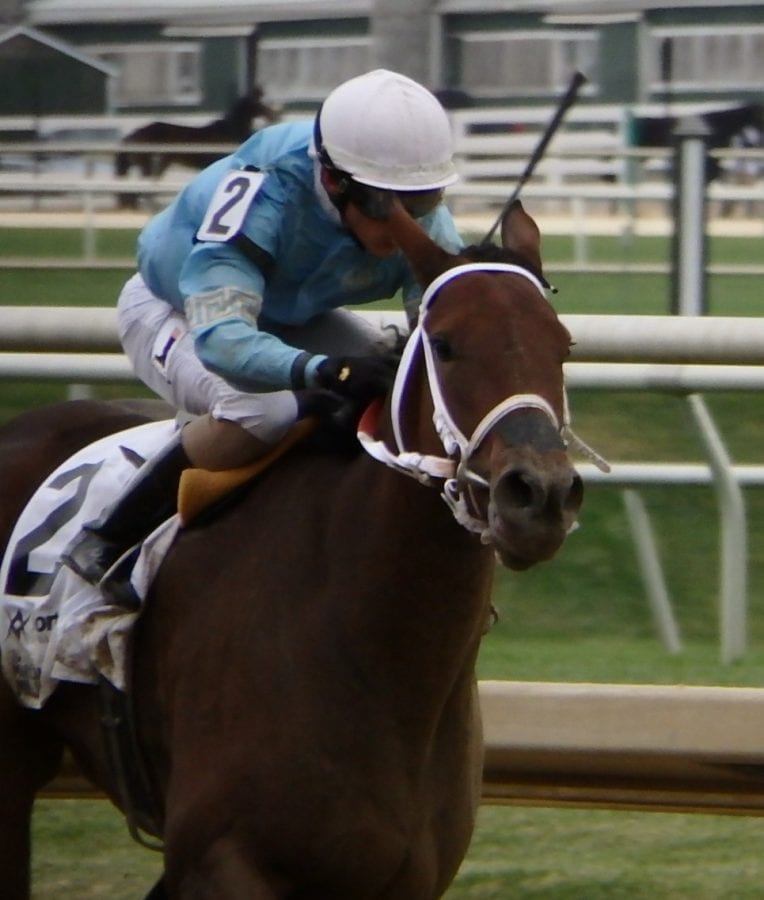 Between them, multiple champions Songbird and Tepin sold for a staggering $17.5 million last night at Fasig-Tipton.

They spearheaded a sale which saw the gross rise by $20 million, to $74 million. The average also was up, and the buyback rate was down in a sale that also saw two weanlings hit the $1 million mark.

Two-time champion filly and nine-time Grade 1 winner Songbird topped the sale when sold for $9,500,000 midway through the evening. Offered as Hip 120 by Taylor Made Sales Agency, the four-year-old daughter of Medaglia d’Oro was purchased by Mandy Pope’s Whisper Hill Farm. Songbird is the second most expensive broodmare prospect sold at auction; the most expensive was Havre de Grace, purchased for $10,000,000 at this sale in 2012, also to Pope.

“We had a remarkable catalogue and we had remarkable results tonight,” said Fasig-Tipton President Boyd Browning.

Also popular was two-time champion turf female Tepin, who fetched a price of $8,000,000. Offered as Hip 130 by ELiTE, Tepin was purchased in foal to Curlin by Coolmore’s M.V. Magnier. Tepin is the second most expensive broodmare sold at this auction.

A pair of weanling fillies tied for a new sale record early in the evening when sold for $1,000,000 each.

The first through the ring was Hip 21, a daughter of Street Sense who is a full sister to Grade 1 winner Callback. That filly was purchased by Reynolds Bell, agent for Alpha Delta from the consignment of Paramount Sales, agent. The second was Hip 46, a filly from the first crop of Triple Crown winner American Pharoah. That filly, a half-sister to Grade 1 winner Bodemeister, was purchased by Narvick International from the consignment of Eaton Sales.

“The buzz in the pavilion tonight and in the back walking ring was just exceptional,” added Browning. “We were fortunate enough to have a great deal of quality on offer tonight. All in all, we’re just ecstatic.”

Seven horses bred in the mid-Atlantic went through the sales ring: