“Kind of amazing”: From Charles Town to the Breeders’ Cup 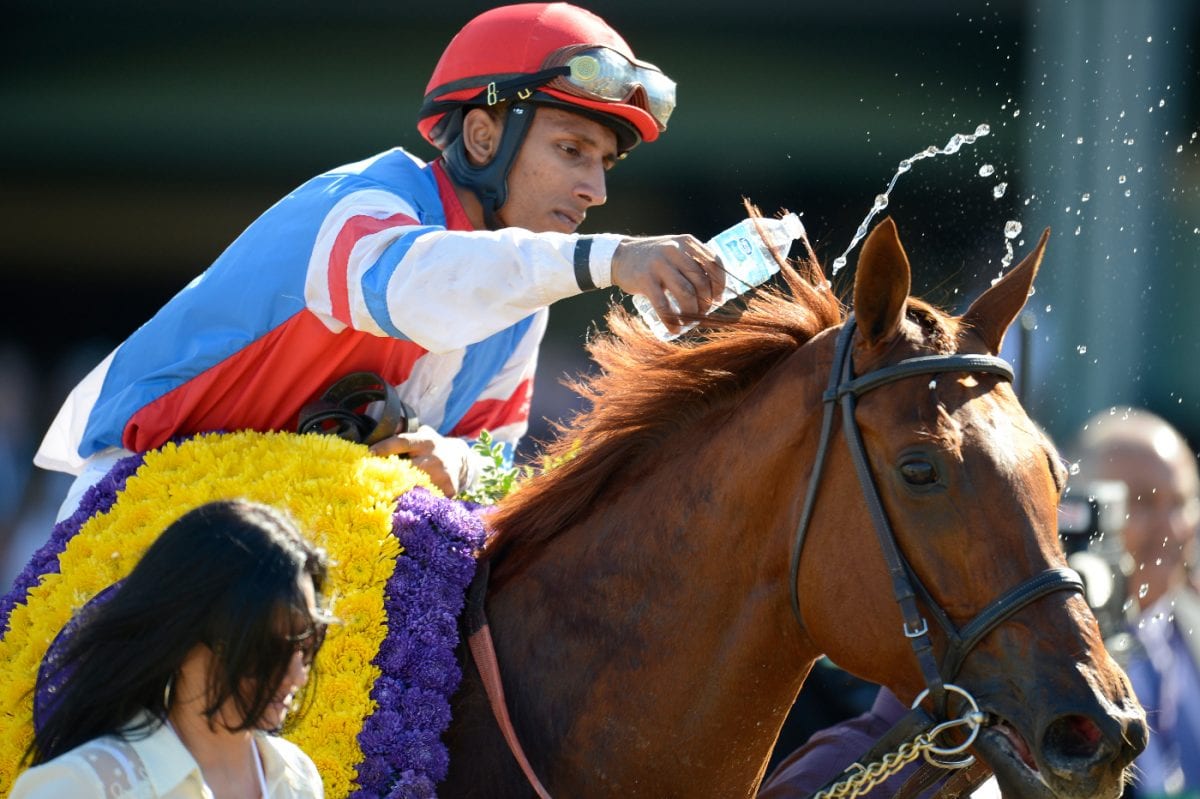 With the Breeders’ Cup World Thoroughbred Championships on tap for Friday and Saturday at Del Mar Race Course in Southern California, few onlookers would expect much of a connection between those events and stakes races contested at Charles Town over the past 20 years. But there have actually been more Breeders’ Cup combatants to compete at Charles Town than many would have anticipated.

“Looking at this list, it’s actually kind of amazing,” said Erich Zimny, Vice President of Racing Operations at Charles Town. “I didn’t realize there were this many. In the era of simulcasting and the way racing is distributed, the racing world is a pretty big web. If you aren’t somehow integrated into the national racing landscape as a small to mid-size track, it’s so tough to move your brand forward. We’ve moved the needle a lot over the past eight or nine years in terms of our brand’s visibility and relevance, and without those types of horses competing here, the gains we’ve realized as a result wouldn’t have been possible.”

Groupie Doll is the lone multiple Breeders’ Cup winner to have raced at Charles Town, but Dance to Bristol actually began her career with a runner-up effort in a one-turn maiden special weight event here and later won the Sugar Maple Stakes (by nine lengths) over the strip during a campaign in which she won the Grade 1, $500,000 Ballerina Stakes and was later sixth behind Groupie Doll in the Breeders’ Cup Filly and Mare Sprint at Santa Anita for trainer Ollie Figgins, III, and owner Susan Wantz.

“When she ran that well in her career debut going 4 1/2, that’s when I knew I had to get her to my Maryland barn [at the Bowie Training Center],” Figgins said. “Then when she won those two stakes races at three, I knew she was going to be really good. She ran a tremendous race in the Sugar Maple and she just continued to improve throughout the spring and summer. She never missed a workout or a race. If I had it to do all over again, the only thing I would have done differently is sent her straight from Saratoga after the Ballerina to California to get acclimated to everything out there.”

A daughter of Breeders’ Cup Sprint winner Speightstown, Dance to Bristol was retired after the Breeders’ Cup and concluded her career with 10 wins and eight second-place finishes from 20 career outings with lifetime earnings of $980,000. During her four-year-old campaign she won five straight stakes beginning with her Sugar Maple score and would eventually be among the three finalists for champion distaff sprinter, which fittingly went to Groupie Doll.

A decade earlier, Xtra Heat concluded a Hall of Fame career with 26 wins from 35 starts and earnings just shy of $2.4 million for owners Kenneth Taylor, et al, and trainer John Salzman, Sr. She won the first six starts of her career then finished 10th in the Breeders’ Cup Juvenile Fillies at Churchill Downs which was immediately followed by her lone venture to Charles Town and a four-length victory in the Snow White Stakes for two-year-old fillies. She would finish second in the Breeders’ Cup Sprint against male rivals at age three and sixth in that event the following year then later retired after winning the Grade 2 Barbara Fritchie Handicap at Laurel Park for the second straight winter.

Pants on Fire, winner of the Wild & Wonderful Stakes in both 2014 and ’15, finished third and seventh, respectively, in two Breeders’ Cup Dirt Mile outings. Central City finished fourth in the Charles Town Dash in 2010 then was second in the Breeders’ Cup Turf Sprint.