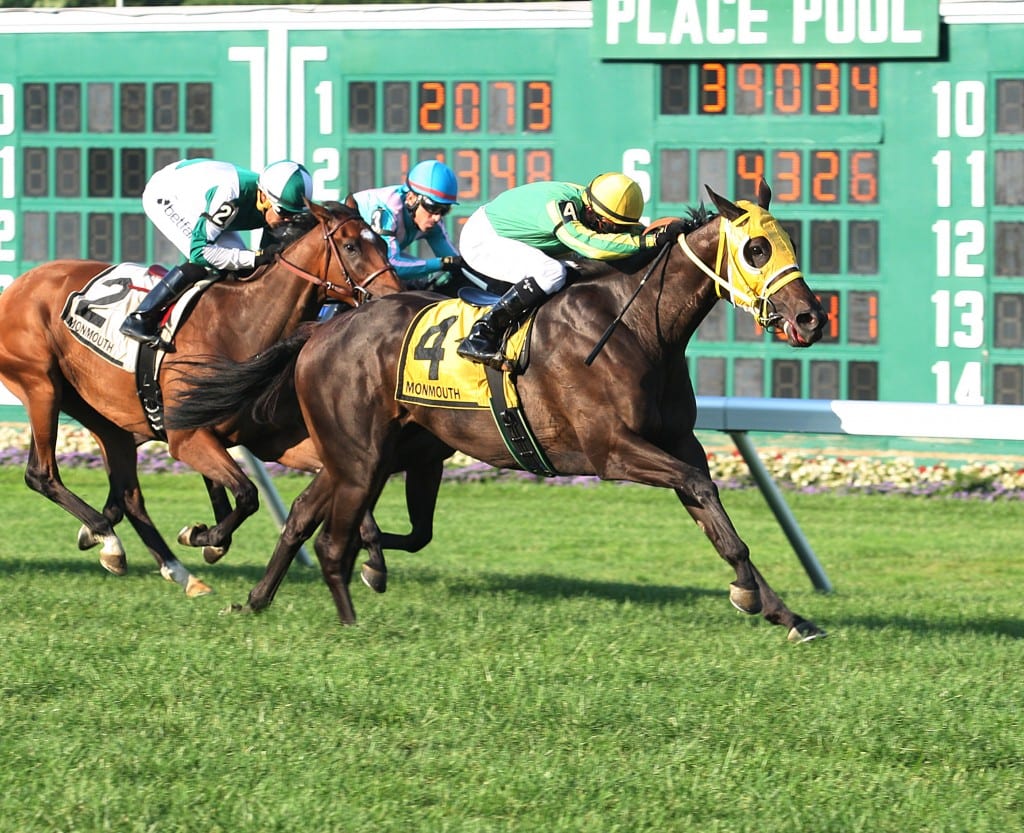 Based on the overwhelming popularity of the all-turf Monmouth-at-Meadowlands meet, the racetrack will increase the number of races per day from six to eight starting this Saturday, Oct. 7.

“The racing has been well received by the public and horsemen alike,” said Dennis Drazin, Chairman and CEO of Darby Development LLC, operators of the Monmouth-at-Meadowlands meet. “These additional races will give the wagering public what they want while providing horsemen more opportunities to race in New Jersey. It’s a win-win for everyone.”

This Saturday’s eight-race card is headlined by a $37,500 allowance for New Jersey-bred fillies and mares, which goes at the seventh event on the card.

Also on Saturday, the world-famous Budweiser Clydesdales are back in East Rutherford and will be available for a meet and greet from 6 to 7 p.m. The team will parade down the racetrack following the second race on that night’s program. Additionally, the day will feature a $400 National Horseplayers Championship qualifying contest, with no limit on entries.

The 2017 Monmouth-at-Meadowlands meet runs Saturdays in October, first post 7 p.m., with the exception of Oct. 28, when racing gets underway at 5:30 p.m.