Penny Chenery, owner of Secretariat, passes away at 95 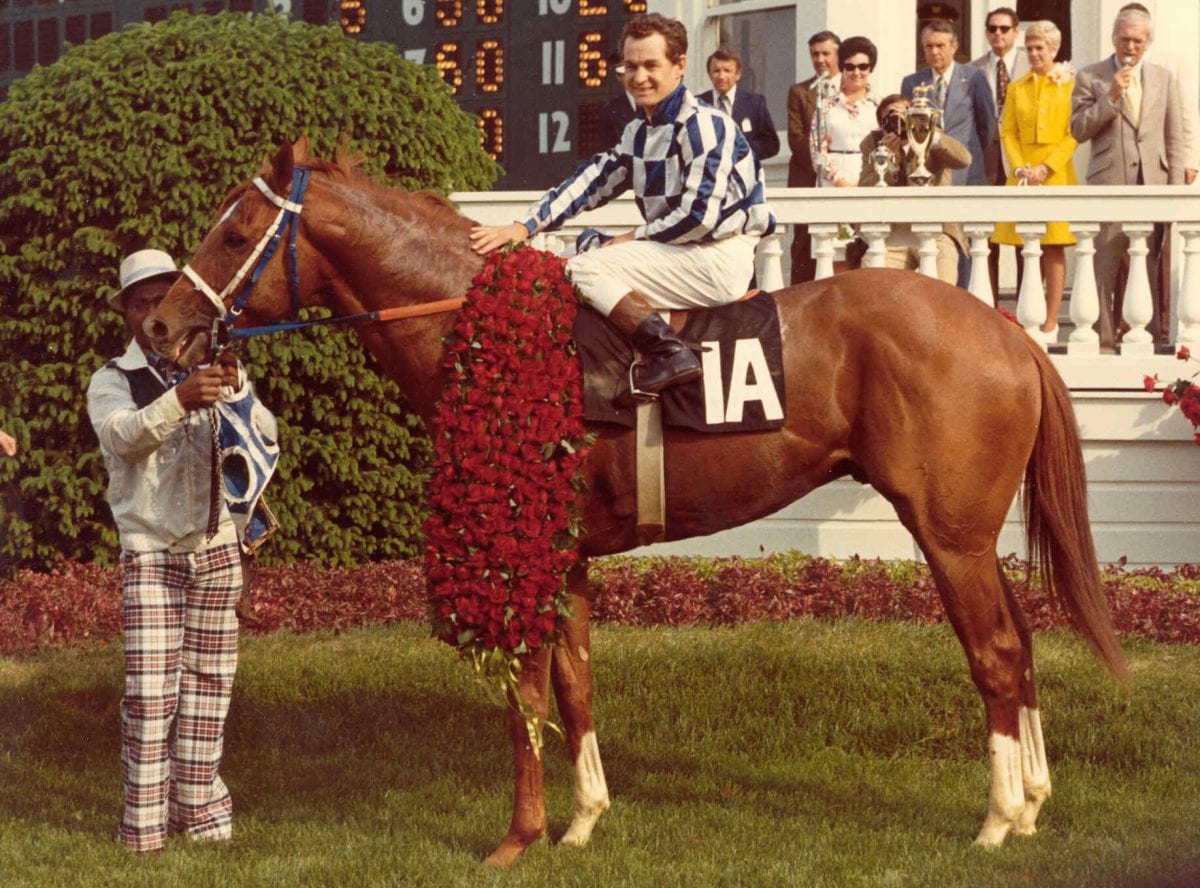 Helen “Penny” Chenery, owner of 1973 Triple Crown winner Secretariat, who became a well-loved figure in her own right as a champion of Thoroughbreds and women in business and sports, died on Saturday, Sept.16, in her Colorado home following complications from a stroke. She was 95.

Following Secretariat’s retirement from racing, Penny became an ambassador for Thoroughbred racing and remained so even after the champion’s death in 1989. She served as the first female president of the Thoroughbred Owners and Breeders Association (TOBA) and president of the Grayson-Jockey Club Research Foundation. She became one of the first women admitted to The Jockey Club, helped found the Thoroughbred Retirement Foundation (TRF) and created the Secretariat Vox Populi Award annually honoring racing’s most popular horse, as well as the Secretariat Foundation, which assists and supports various charities within the racing community.

Penny received the 2006 Eclipse Award of Merit for lifetime contributions to the Thoroughbred industry, and in recent years, she advocated for laminitis research and care advancement as well as efforts to ban the use of performance-enhancing drugs in racing.

Secretariat’s Triple Crown campaign and Penny’s meteoric rise in the sport were featured in the 2010 Disney Studios film Secretariat, in which she was portrayed by Diane Lane.

“We are deeply proud of our mother, her accomplishments, and her courage.” said daughter Kate Tweedy. “As we mourn her loss, the example of her strength, her intelligence, and her enduring spirit continue to inspire us.”

While the family requests that its privacy be respected for an initial week of mourning, Lusky says that plans for a future public memorial service will be announced soon.

“We have always been overwhelmed and amazed by the love and support Mom received from her many fans,” John Tweedy said. “We look forward to a time soon when we can celebrate her life in a way that honors that legacy.”

Penny Chenery was born on Jan. 27, 1922, in New Rochelle, N.Y., to Christopher and Helen Chenery. Chris Chenery was a New York utilities tycoon whose first love was his small but esteemed racing stable in his native Virginia. As a girl, Penny inherited her father’s passion for horses and rode constantly, both at home and at the Virginia horse farm, The Meadow. “I had the horse bug,” she recalled. “I wasn’t ‘National Velvet.’ Horses were just my friends.”

Penny attended the Madeira School and graduated from Smith College in 1943. Eager to aid the war effort, she joined a naval architecture firm that designed Normandy landing craft, then served as a nurse’s aide in a stateside hospital. In 1946, Penny went to France and Germany with the American Red Cross, working with demobilizing GIs – one of her most formative experiences. “You had to be 23 to go,” she recalled. “They thought younger girls weren’t mature enough. And they were right!”

Coming home, Penny entered Columbia Business School, one of only 20 women in her class. Only six months shy of graduation she got engaged to Columbia Law graduate John Bayard “Jack” Tweedy. Penny’s father, who had initially encouraged her to go to business school, now told her to quit and concentrate on her wedding. With deep ambivalence, she complied.

Penny and Jack settled in Denver in 1950. They had four children: Sarah (1950), Kate (1952), Chris (1955), and John (1960). Penny threw herself into every social, charitable, civic, educational and political pursuit to which a respectable housewife was allowed, from the Junior League to Planned Parenthood. She and Jack helped found and raise the initial capital for the Vail ski resort in the early 1960s, where Jack was the first Board Chairman and General Counsel, and Penny’s father was a major investor. They built a house in Vail, and skiing became her young family’s passion. But it was only a matter of time before her thwarted energy and ambition would split the confines of motherhood and volunteering.

That chance to break free came in the form of a phone call on a November afternoon. Penny’s father Chris had been building a Thoroughbred racing stable since the 1940s based on carefully-selected broodmares. He had come close, twice, to achieving his life’s dream of winning the Kentucky Derby. But by 1967 his health and mind were starting to fail. That fall his wife Helen died, and when Penny received the call to return home for her mother’s funeral, she realized her father needed help.

She took over management of the racing stable, with the help of her siblings, Margaret Carmichael and Hollis Chenery, and her father’s business secretary, Elizabeth Ham. The operation was losing money and nobody took her seriously. She poured herself into the work, commuting every month from Colorado to Virginia, but after two more years in the red, selling the stable seemed almost inevitable.

But in 1971 her colt Riva Ridge swept the juvenile stakes and won Two-Year-Old of the Year. In 1972, Riva won the Kentucky Derby, fulfilling Chris Chenery’s dream in the last year of his life. That same year, Secretariat burst onto the scene, so dominating the two-year-old races that he won Horse of the Year honors. Secretariat’s 1973 Triple Crown season unfolded with record-setting performances and a media frenzy, culminating in one of the most celebrated athletic performances of all time, a 31-length victory in the Belmont Stakes.

Thrust into national prominence as the owner of Riva Ridge and Secretariat, Mrs. Tweedy — as she was known at the time — charmed the nation as an engaging and quick-witted owner who represented her equine champions with poise, dignity, and keen business sense. She quickly grasped her role as the voice of the silent equine hero. As she put it, “The horse can’t talk – but I can.”