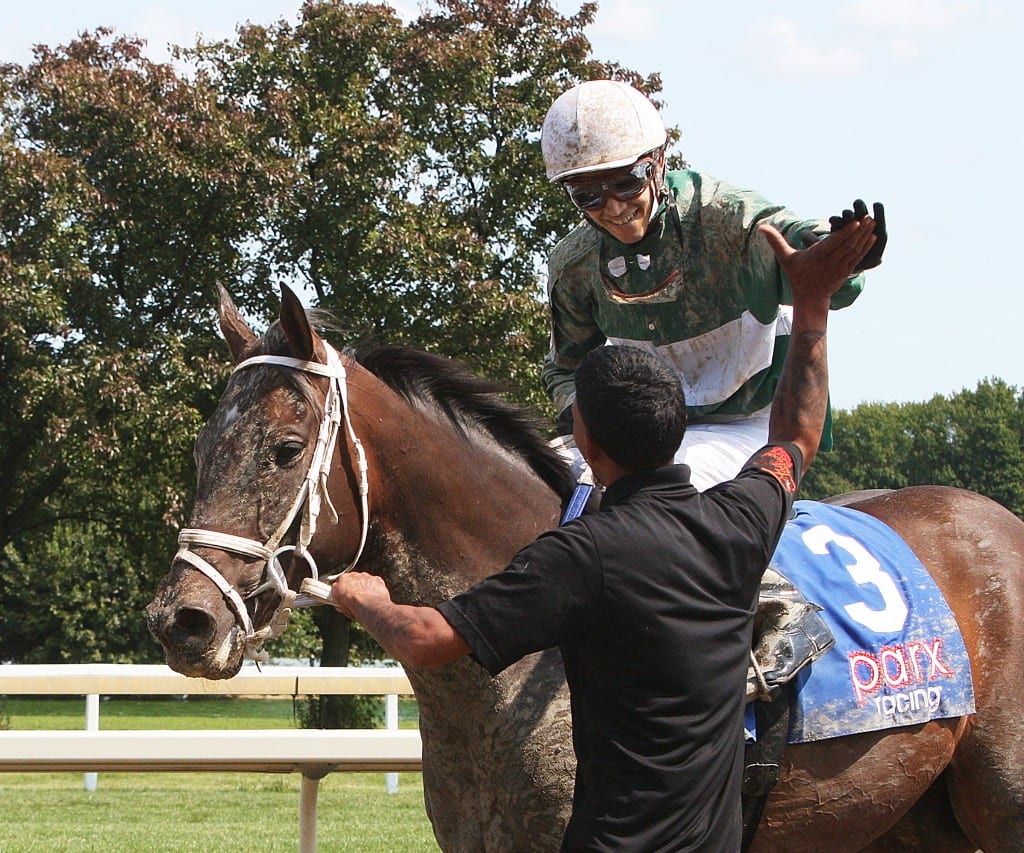 Johan Rosado, all smiles after winning on his first mount. Photo by Barbara Weidl/EQUI-PHOTO

Jockey Roberto Rosado has won nearly 900 races in a career that began in the mid-1990s.

His son, Johan Rosado, is a little bit behind — like 896 wins behind. Johan Rosado rode his first race as a professional September 10 at Parx Racing, recording a win on his very first mount when he steered Tripocha, the 6-5 favorite, to a neck victory in a $5,000 claiming event for trainer Scott Lake.

Among Johan Rosado’s beaten rivals: his own father, who came in fifth aboard longshot Black Queen.

Appealingmagic went straight to the front in the race, leading the field through a half-mile in 45.42 seconds. With just a furlong to go in the 5 1/2 furlong, main track test, Appealingmagic had a four-length advantage; Tripocha, in third, was six lengths back.

But Tripocha closed determinedly along the inside and nailed the leader in the final yards. Saint Bernardine was four lengths farther back in third. Running time was 1:04.62.

Johan Rosado had two more mounts Monday — both were off the board — and is scheduled to have his next rides this coming Saturday.