Limited View back on track, heading towards Maryland Million 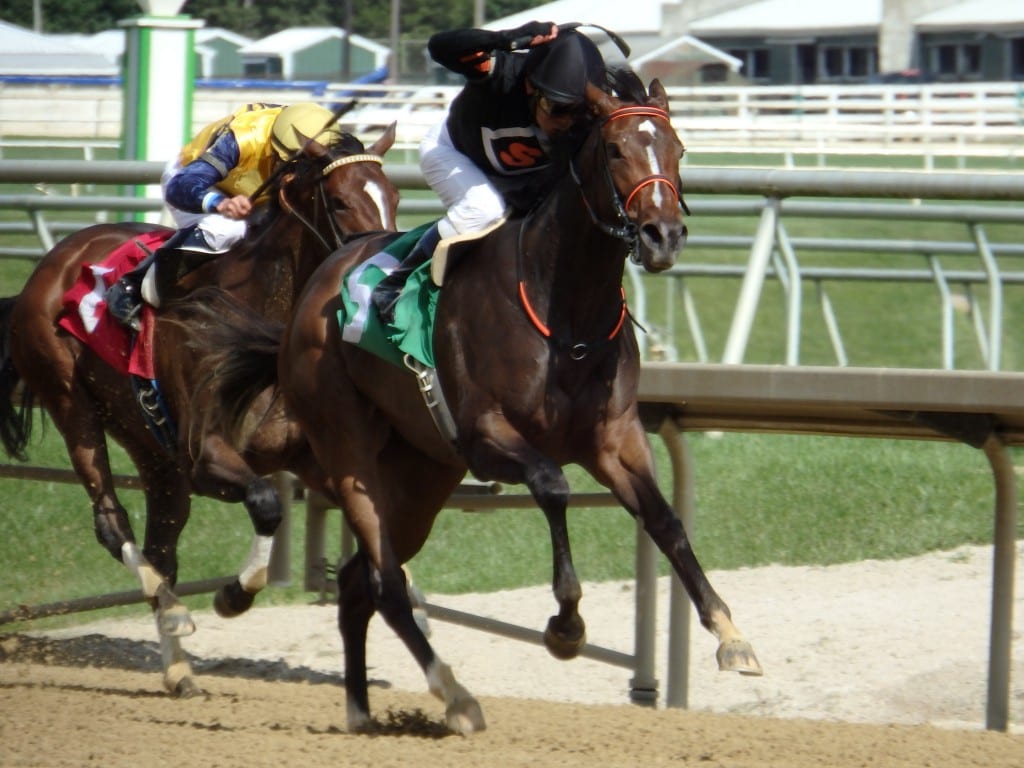 Limited View won an allowance at Laurel Park. Photo by The Racing Biz.

Two-year-old Limited View’s short career has included a little bit of everything, including a race in which she refused to be saddled and an appearance in a graded stakes race at Saratoga.

Oh, and after Friday’s opening day of the Laurel Park fall meet, it also includes two victories and, if all goes to plan, a date in the Maryland Million October 21.

Limited View powered to a victory in a $42,000 allowance test Friday that left her trainer, John Salzman, Jr., more relieved than pleased and more optimistic than satisfied.

“She didn’t sort of fire like we were expecting,” Salzman said. “But you do so much with her, you got to take the edge away.”

The reason you have to take the edge away is because, well, the daughter of Freedom Child has plenty of edge, indeed. Limited View’s scheduled date in Saratoga’s opening day stake, the Grade 3 Schuylerville, came acropper when she refused to be saddled. It was the most extreme of what’s been an ongoing problem with her: handling the paddock, the gate, and the raceday crowd.

“We just had to get past the paddock and the gate. That was the main thing,” Salzman said. “She couldn’t have been better. Everything went good today, and she ran good.”

Under Hall of Fame jockey Edgar Prado, Limited View was away from the gate awkwardly but quickly moved to attend the pace while three wide. Hercatwillfoolu led the field through an opening quarter-mile in 22.50 seconds, with Limited View in second.

Nearing the quarter-pole, Limited View took command, holding a half-length advantage as the half-mile went by in 46.25 seconds. With moderate pressure from Prado, Limited View pushed her advantage to 1 3/4 lengths by the time the wire arrived.

Hercatwillfoolu held second, and Deep Red was another length back in third. Running time for the six furlongs was 1:12.37. Limited View paid just $2.40 to win as the 1-5 post time favorite and topped an exacta that returned $7.40.

“I can’t handle all this pressure,” Salzman joked after the race. “She was perfect today. She did everything right. It picks up everybody’s confidence.”

Limited View won at first asking at Laurel Park in June, posting a dominant victory over maiden special weight foes. After her scratch from the Schuylerville, she ran in the Grade 2 Adirondack, also at the Spa. Sent off at 9-2 odds — and widely considered a major contender — she was within a half-length of the lead after a half-mile before running out of steam and fading to sixth.

“She can’t handle the crowds, honestly, and the boy, he was sort of shut off behind horses,” Salzman said. “When she got a clear spot, she run off with him, and she just didn’t have nothing left.”

Today, facing easier company and under a more patient ride, Limited View got back on track. Now it’s on to the October 21 Maryland Million Lassie.