Proportionality squares up a first-out win 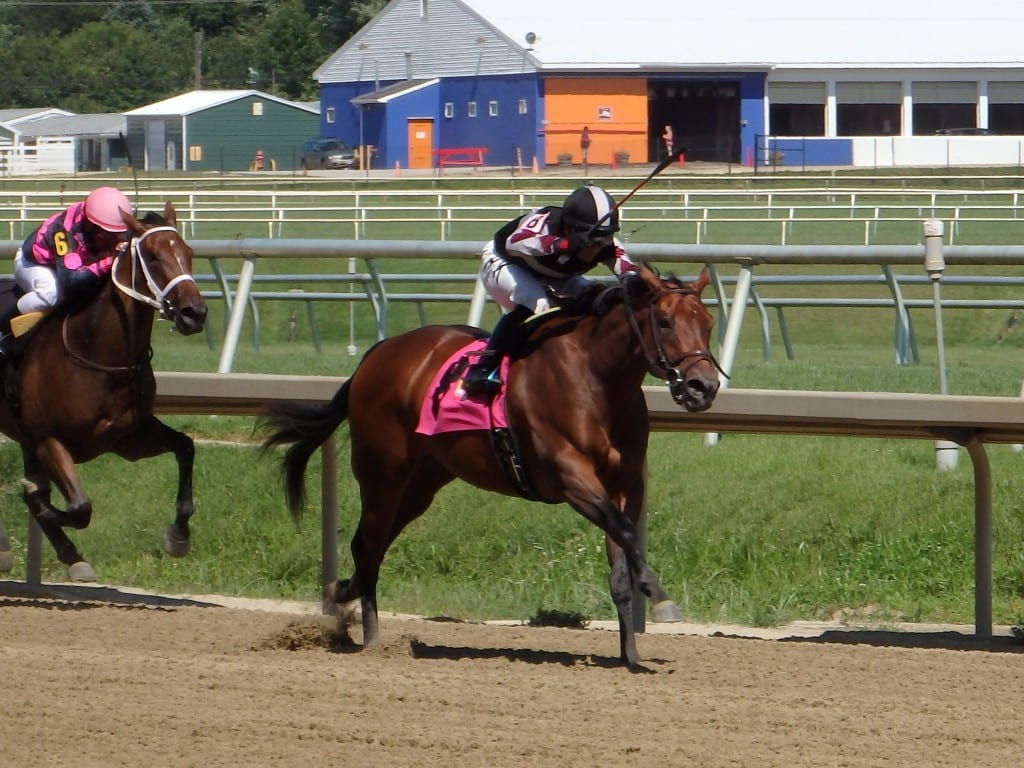 Proportionality wins at Laurel Park. Photo by The Racing Biz.

All Mettle, a Touch Gold mare, won just once in her nine-race career.

With Horacio Karamanos in the irons, Proportionality bobbled slightly at the break, recovered to press the pace from the outside, and took over to win by a solid 1 1/4 lengths in 59.81 seconds for five furlongs. Carson City Coin, the only runner in the nine-horse field to have made a previous start, finished second, and 38-1 longshot Belle ‘n Tonic rallied strongly for third.

The two horses that attracted the most attention of the bettors, favored Chauncey and 2.90-1 Lake Geneva, finished sixth and eighth, respectively.

“She was training well into it and we had her mother,” said winning trainer Horacio DePaz. “We had some high expectations.”

Proportionality had been training forwardly at Laurel Park, with seven recorded works beginning in late April. With the win, she became the sixth DePaz-trained two-year-old maiden special weight winner in 2016-2017. Two of those, Recruiting Ready, who won at first asking last year and won a pair of stakes this spring, and He Hate Me, who won the Tremont Stakes at Belmont Park a month ago, have gone on to be stakes winners.

Whether Proportionality will join them in that regard, of course, remains to be seen. Her dam’s only win came at the sprint distance of six furlongs. Her sire’s best efforts came at a mile or less, and as a sire he’s enjoyed perhaps his greatest success at sprint and middle distances. All of which, DePaz says, suggests that he will keep the Maryland-bred sprinting for at least the time being.

“She’s definitely shown some talent in the mornings. I’m not sure she’ll be able to get that classic distance or go a route of ground,” DePaz said. “But she’ll be a nice little Maryland-bred filly around here. We like her.”