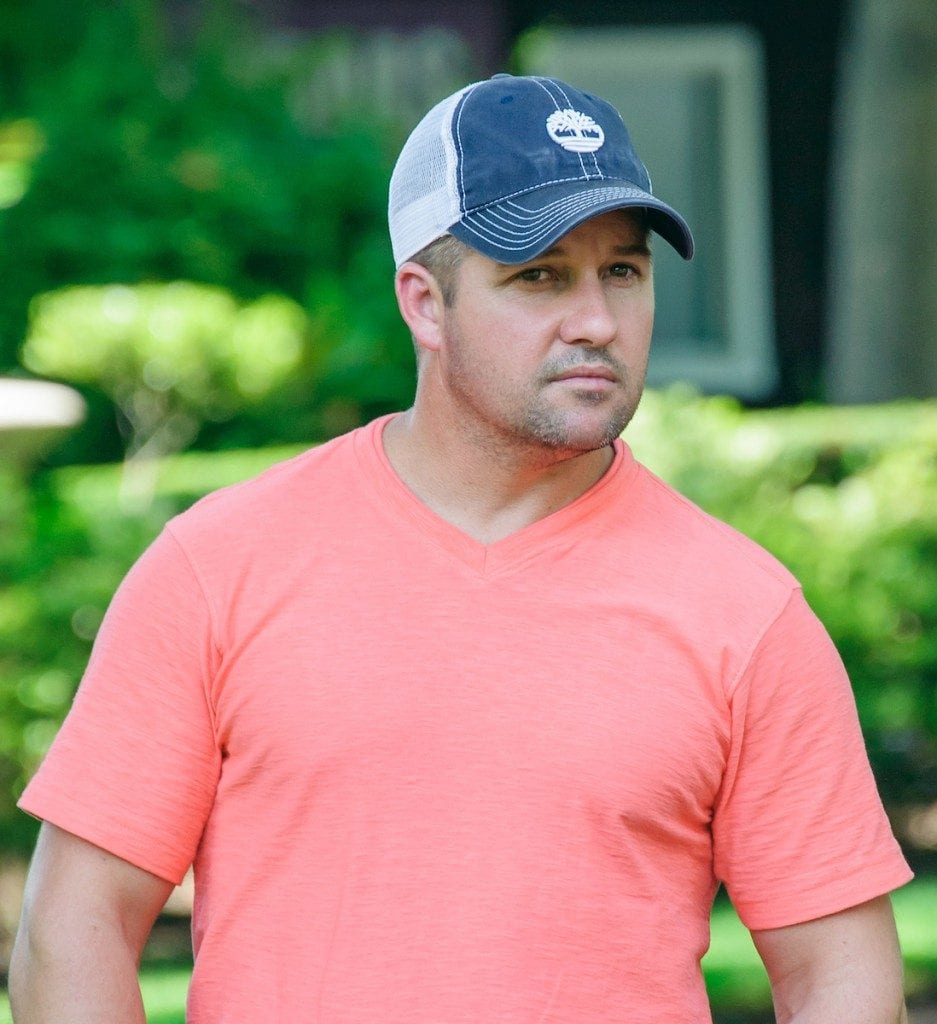 In these times of mega-stables, a dwindling horse population and a market where the value of a horse that shows any ability is grossly inflated, the challenges facing anyone thinking of trying to establish his or her own stable are daunting to say the least.

But a horseman can successfully buck the odds and run a small stable these days. It just takes work, lots and lots of work.

Darian Rodriguez, 37,  has been training on his own for seven years now, and for most of that time it’s been Rodriguez and Rodriguez alone who has made up the work force for his outfit. For years Rodriguez has been the exercise boy, groom, and hot walker of the Rodriguez racing stable, all wrapped up in one.

Rodriguez is stabled at Delaware Park for the first time this year, having won with 2 of his 7 starters thus far, and while the addition of several new horses to his outfit has allowed him to hire some help, he still does a good bit of the work himself – and for good reason.

“If the money isn’t there to hire help then it’s pretty simple, you have to do the work yourself,” Rodriguez explained recently. “When I went out on my own, I owned most of my horses, so as an owner I also paid all the bills. In order to keep the stable going I had to keep expenses to a minimum, and paying a payroll is a major expense. I looked at the situation and realized if I budgeted my time and set up a routine I could handle all the jobs. It means putting a lot of hours in, but it can be done.”

And apparently being totally hands-on works. Rodriguez’s win percentage has been more than 20% every year since 2012, and he has built that success rate claiming and racing mainly lower level claiming types that he owned either wholly or in partnerships.

But to obtain higher class horses and expand a stable, securing new owners with a willingness to invest in the business is crucial. That’s finally happening for Rodriguez.

“I’ve got 13 head now and yes, I can finally afford to hire some help so things have gotten a little easier,” he said with a chuckle. “I still do a lot of the work myself but I don’t have to carry the whole load now.”

One horse that was put in his care this winter is Tiger Blood and while the sprinter had shown enough talent early in his career to prompt several six-figure offers to buy, his record had been a little spotty last fall before being turned over to Rodriguez. Since then, the 4-year-old colt has three wins and two seconds from six starts. During this period, Tiger Blood captured both the Pelican Stakes and the Hilton Garden Inn/Hampton Inn and Suites Sprint Stakes, the latter against Florida-bred competition, at Tampa.

Rodriguez said when Tiger Blood was sent to him in December, it was obvious from the start the horse had talent.

“He was training OK but I felt we needed to put some weight on him, give him some supplements and different feed and basically get him feeling better from a nutrient standpoint,” the horseman revealed. “As time went on he began to put on weight, his coat started to look better and he just got to be healthier and feeling better. He’s a low-key, laid-back type who just goes about his business, but when we take him over to run, he’s ready.”

Tiger Blood finished off the board for Rodriguez for the first time in the Decathalon Stakes at Monmouth Park, but his trainer feels Tiger Blood didn’t take to the glib Monmouth racing surface for that race.

“I’m inclined to throw that race out,” Rodriguez said, “He’d been training great here (at Delaware Park) but he never looked comfortable in that race (The Decathalon). He runs good fresh, so we’re going to give him a mini-break ‘til his next, and I think he’ll bounce back.”

Of course young horses are also something every horseman craves, and Rodriguez says he has three two-year-olds preparing to race at Delaware Park this summer. “It’s early in their training but we’re cautiously optimistic they’ll turn out to be decent sorts.”

Rodriguez is also enjoying his new summer base. “I like it here (Delaware Park),” he said, “It has a nice backstretch, the setting is good for horses, relaxing with room to graze, and the track’s a good one to train over. Hopefully we’ll continue to do well this meeting.”